Mount Stewart, on the shores of Strangford Lough, today celebrated the completion of a three year, £8million restoration project to bring the famous house back to its former glory.

Visitors to the National Trust landmark will be able to enjoy the reinvigorated house from 20 April with previously unopened rooms and hundreds of new items on display.

Commenting on the project, Jon Kerr, manager at Mount Stewart said: “This ambitious project to fully restore Mount Stewart is the National Trust’s most significant investment in Northern Ireland in quite some time. It has been a hugely exciting project that brings this family home back to its former glory and truly showcases the history of this special place.

“We are also pleased to announce that a large collection of internationally significant items can now be viewed here, on loan from the Estate of the Marquess of Londonderry. Combined with one of the top gardens in the world, we have a destination which offers a fascinating insight in to the stories of the Stewart family.

“I’d like to thank everyone who played a part in completing this project. From joinery apprentices and builders to expert conservators and curators, this project has been a huge team effort that has really captured the imagination of our supporters and visitors.”

“I’d also like to recognise the generosity of the Marquess of Londonderry who made it possible for so many amazing items to return to Mount Stewart.” 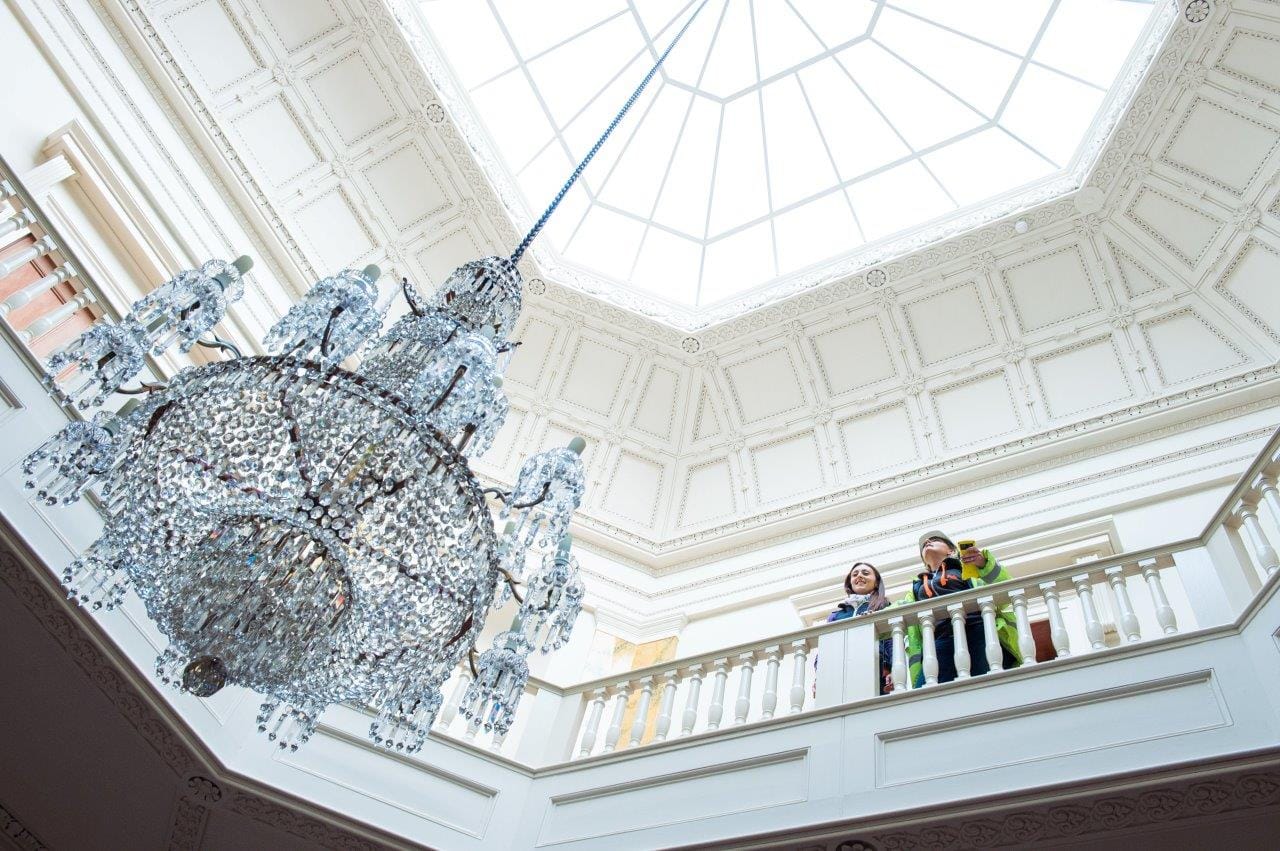 Lady Rose Lauritzen’s family has lived at Mount Stewart since the 18th century. Speaking about the restoration she said: “It is an enormous pleasure to see this family home restored and reinvigorated. As well as the fabulous restoration, we will also see a huge number of items come to Mount Stewart from places that were connected to my family history.

“I believe it is the single most important contribution to improve the presentation of this house since my grandmother, Edith, Lady Londonderry, made it her principle residence in the 1920s.

“I am truly excited to share the house with our visitors and look forward to seeing the hallways and rooms filled with people once again.”

Heather Thompson, Director for the National Trust in Northern Ireland said: “As a conservation charity we passionately believe in protecting our unique heritage while providing even more access to our visitors and supporters. This project has also been a valuable opportunity to support the Northern Ireland economy through a range of contractors and businesses while also keeping vital conservation skills alive.

“Mount Stewart is already a key player in the tourism industry on the island of Ireland, welcoming more than 160,000 visitors last year. With this fabulous restoration we expect to welcome even more visitors to this very special place over the coming years.”

As well as the many historical items and beautiful represented rooms, the project has ensured that the structure of the building is now sound.  Important upgrades have resulted in more efficient heating that meets strict conservation standards. Nearly every room in the house has also been redecorated following extensive repairs to plasterwork.

Highlights for visitors to Mount Stewart after 20 April will include:

–          A selection of rooms open to view for the first time, including the butler’s silver store, family and guest bedrooms, and the billiards room where visitors can find out more about key members of the family, in particular Charles and Edith Londonderry and their daughter Mairi.

–          A world class collection of family portraits by Sir Thomas Lawrence, recognised by many as the greatest British portrait painter of the early 19th century.

–          One of Northern Ireland’s most famous paintings, Stubb’s ‘Hambletonian, Rubbing Down’ has been given a brand new frame.  Hambletonian was one of the best thoroughbred racehorses of the late 18th century, having won all of his races, except one.

–          A collection of beautiful table silver including  ambassadorial silver used by Charles Stewart while British Ambassador in Vienna 1814-22;  a set of early 19th century racing cups including three Doncaster Cups, one of which was won by the great racehorse Hambletonian.

Mount Stewart is set to feature in a six week documentary on UTV this summer. The documentary has been following the progress of the project for three years and will offer a fascinating insight to this huge project.

Why Is It Wise to Choose Mobile Tyre Fitting?

Belfast Holyland’s incident with bin and Twelfth Band
What’s the Most Effective Way To Detect Breast Cancer? Here’s the Answer
The first of BSPA’s two Summer Youth Projects get underway at the Theatre at the Mill.