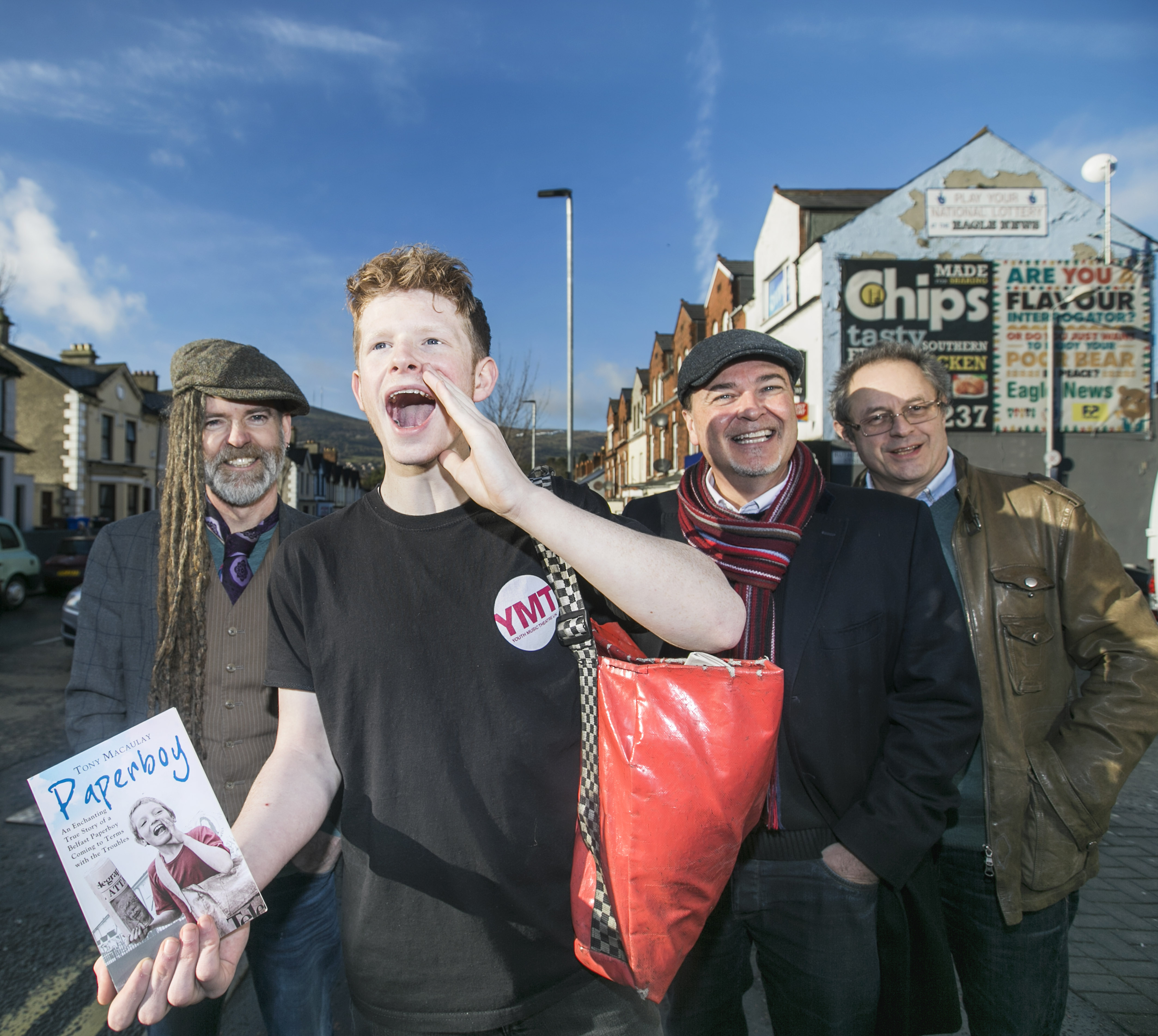 Featuring new music by Belfast singer-songwriter Duke Special and the sounds of the Bay City Rollers!

Youth Music Theatre UK (YMT), the leading UK music theatre company for young people, that has helped shape the careers of many, including Brit Award winner Ed Sheeran and Grammy Award nominee Sam Smith, is searching for Northern Ireland’s next big musical theatre stars, for the brand-new musical adaptation of Tony Macaulay’s Paperboy. The production will be performed at the Lyric Theatre Belfast in July 2018.

Special auditions for Paperboy will take place on the Falls Road at Falls Leisure Centre and Shankill Road at Spectrum Centre on 16th February 2018. Shankill Road is the location where the novel is set and where author and peace builder Tony Macaulay grew up. Auditions are open to anyone between the ages of 11-21 years and no previous experience is necessary. Auditions for all eight productions in YMT’s UK-wide 15th season of new musical theatre, including Paperboy, will take place at Dance Ireland Dublin on the 21st January, The Playhouse Theatre Derry/Londonderry on the 3rd February and Lyric Theatre Belfast on the 4th February.

Each year in January and February Youth Music Theatre UK tour the UK and Ireland auditioning young people in 28 cities, seeing around 1,200 young people, resulting in 300 young people being invited into the YMT Company to take part in a two/three-week residential course to work with professional creative teams to create one of eight brand new musicals, performed in professional venues. Each participant also receives a qualification from Trinity College London, who accredit all YMT’s activities.

The wide popularity of Tony Macaulay’s Paperboy has led to its success across the world; the book has been published in the UK and Ireland, Australia, New Zealand, Canada and the USA.

Tony Macaulay said “I’m delighted there will be special auditions for Paperboy on the Shankill Road. I’m excited at the prospect of talented young people from the same community that I grew up in having an opportunity to kick start a career in the performing arts. I’m equally delighted that on the same day there will be auditions for Paperboy on Falls Road. I believe the arts can break down barriers and build peace and I’d love to see young people from the Shankill and Falls performing together in Paperboy.”

Youth Music Theatre UK’s Executive Producer, Jon Bromwich, said “Paperboy is a flagship show of Youth Music Theatre UK’s 2018 summer season, and it’s also our 15th anniversary season, so a very special one. We are looking for strong singers, actors, dancers and musicians from Ireland who will work alongside some of the best in the industry, for the première production of this extraordinary production.”


It’s 1975 and 12-year-old Tony dutifully goes about his paper round. Belfast in the seventies is like the newspapers he delivers: everything is black and white, albeit Orange and Green. There are bombings on the evening news, but Paperboy is more interested in Doctor Who, the Bay City Rollers and outer space, and of course, Sharon Burgess.

Paperboy is a heart-warming, coming-of-age, new musical drama that bubbles with humour; set against the gritty backdrop of 1970s Belfast on the Upper Shankill Road. The sharply-observed story is seen through the eyes of 12 year old Tony, working as a paperboy delivering the Belfast Telegraph (Northern Ireland’s leading daily newspaper), and is widely praised for its ability to see behind stereotypes. 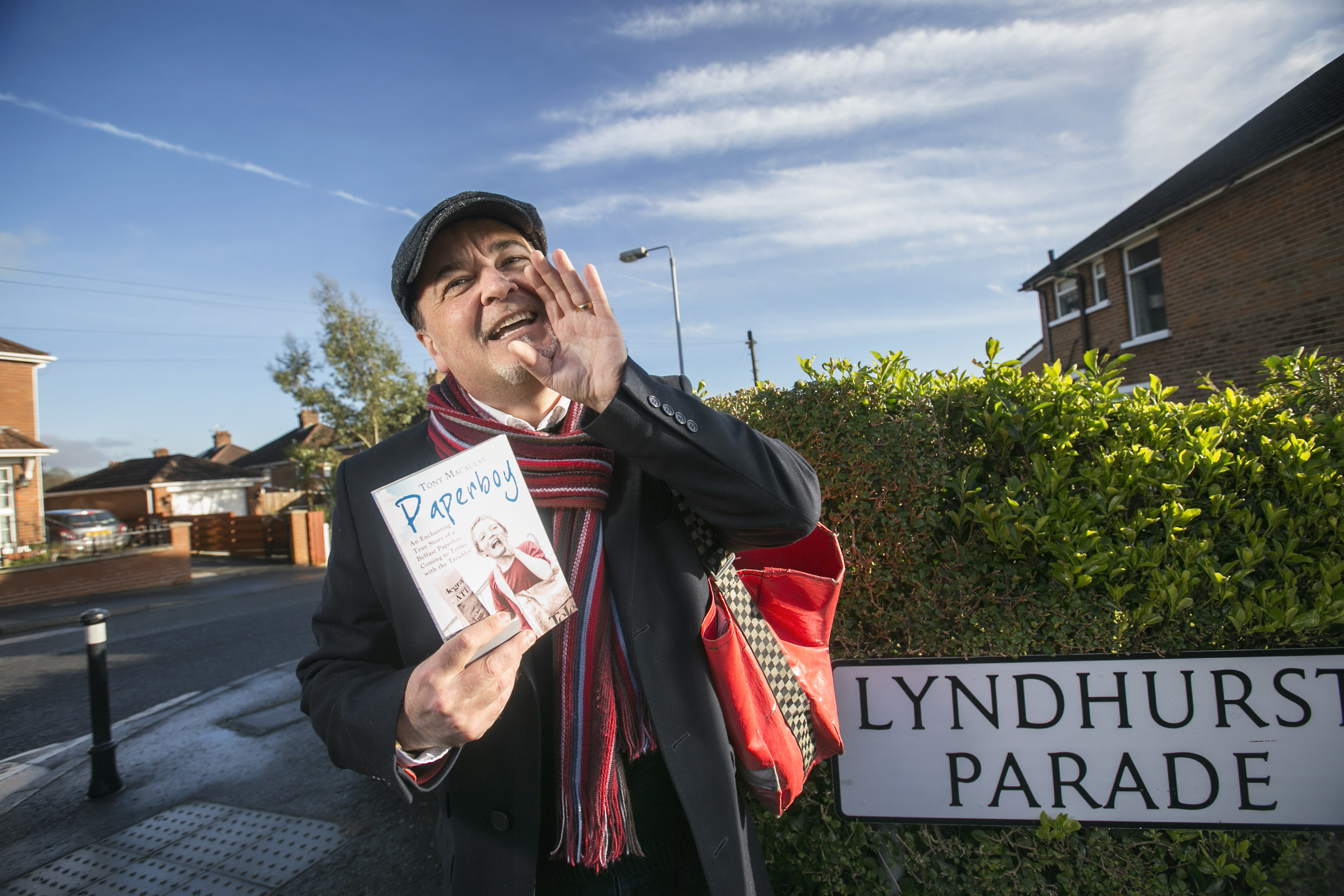 Audition in Ireland for all YMT shows in UK-wide season

Auditions for Paperboy only

Roll up! Roll up and check out our brand new artwork for Pinocchio: The Greatest Wonder of the Age!

ROLL UP! ROLL UP! AS CHRISTMAS RETURNS TO LYRIC THEATRE

Cahoots welcomes you to ‘The Grimm Hotel’

Assessing the Merits of Dietary Supplements for Balanced Nutrition

How Do Credit Scores Work Around the World?