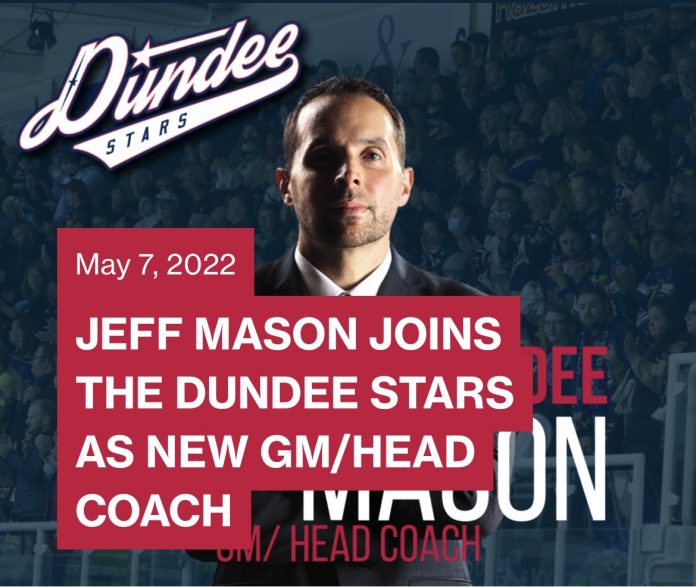 The former defenceman has been the assistant coach of the Belfast Giants for the past three seasons, and most recently won both the Premier Sports Elite League and Challenge Cup with them. Mason was born in Massachusetts and had been at the Giants for more than a decade.

He joined them as a player in 2010 and, apart from a brief stint in Norway in 2012, remained there for eight seasons. Mason clinched two Elite League Championships and a Challenge Cup as a player for the ‘teal’ side before retiring from playing in 2018.

“I am extremely excited to become part of the Stars family. I am grateful to the Ward family for the opportunity they have given to me to continue the great work that has been done within the club over the past five years.

“We are delighted to have Jeff join our club as both our Head Coach and General Manager.

A lot of work has been done both on and off the ice over the past five years to develop the organisation and we believe Jeff is the ideal candidate to continue this.

It is a very exciting time to be a Dundee Stars fan and we are excited to have our fans be part of that journey with us”.

THE CAPTAIN IS BACK: DAVID GOODWIN RETURNS TO BELFAST FOR 2022/23