The glittering event was hosted by TV personality Pamela Ballantine.

The Institute of Hospitality NI annually recognises the most dedicated and passionate professionals working across Northern Ireland’s ever-expanding hospitality industry.

“This award is given to those who are innovative, progressive and driven, striving to achieve the very best for the industry and for those around them.  In so doing, they raise the bar for the rest of the industry, ensuring it continues to flourish and grow.

The unanimous winner of the Outstanding Contribution Award, sponsored by NI Jobs, was multi award winning chef, Michael Deane, who is one of the most recognisable faces of Ireland’s hospitality industry.  His business has won 18 Michelin Stars in total, holding the star consecutively for 14 years, which is the longest time for any restaurant in Ireland. It is fair to say that Michael lives, breathes and dreams the hospitality industry and is a champion of local people, local produce and local producers.  Michael is a fine example of someone who truly embodies the spirit of the Institute of Hospitality’s mantra ‘to promote hospitality professionalism through life-long learning.’  Marianne continues;

The awards also raised over £11,000 for their nominated charity Leukaemia & Lymphoma NI.

Front of House Manager of the Year Award sponsored by Avvio: Chrissie Carson from The Merchant Hotel, Belfast

Hotel Chef of The Year Award sponsored by Get Fresh: John Whyte from Armagh City Hotel

Lecturer Of The Year Award sponsored by The Institute of Hospitality: Ruth Doherty from South Eastern Regional College 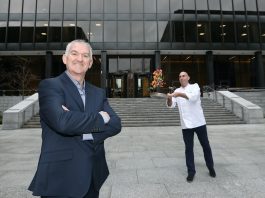 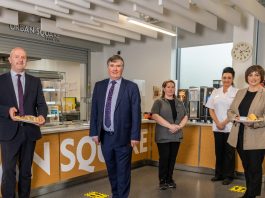 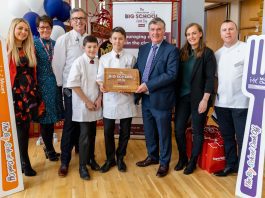 2020 winners announced for Mount Charles Big School Cook Off, in...