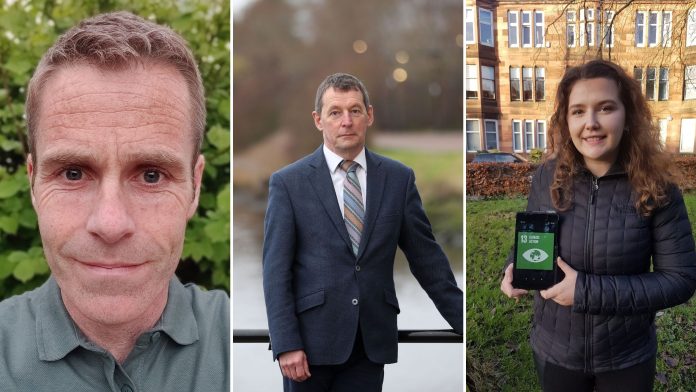 Environmental charity, Keep Northern Ireland Beautiful, has today announced that it will hold a Climate Clever Communities Summit at the Waterfront Hall, Belfast on June 15th.  The event, which will be hosted by the BBC NI Environment Correspondent, Louise Cullen, will feature a number of distinguished speakers, including contributors from Keep Scotland Beautiful and All Ireland winners of the Tidy Towns competition in the Republic of Ireland.

The summit is the culmination of the Climate Clever Communities project, which is funded by the UK Community Renewal Fund and delivered by Keep Northern Ireland Beautiful.

The scheme aimed to help implement the UK government’s Net Zero Strategy by educating local communities and businesses in Northern Ireland, and across the UK, on the impact of climate change, and empowering them to take positive action.

Comprised of three key components, the Climate Clever Communities project focused on: the provision of Carbon literacy training to the community and tourism sectors; the Climate Challenge Fund grant programme, which enables groups from all sectors to apply for funding for grassroots activities that could reduce carbon emissions; and intensive work with ten groups supported by Live Here Love Here, Keep Northern Ireland Beautiful’s civic pride campaign. In a first for Northern Ireland, the initiative saw community groups assisted with the creation of local climate action plans.

“At Keep Northern Ireland Beautiful, we’re dedicated to creating a world where people and nature thrive, and we hope that the summit will enable transformative outcomes through community-driven climate action, create a space for innovation and interactivity, and showcase solutions.

“We also hope that it will support dialogue between government agencies, local authorities, other service providers and community groups, to ascertain what we need to do to transition to low carbon society.”

Over 200 delegates are expected to attend the event, which will host speakers from across the UK. The audience will comprise community groups, partners and funders of Keep Northern Ireland Beautiful, central and local government representatives, other NGO organisations and a number of businesses.

Speaker, Heather Ashworth, Communities Team Project Officer at Keep Scotland Beautiful, comments, “It is an honour to be invited to speak at the Climate Clever Communities Summit.

“This is an incredibly important forum for discussing the climate crisis. At Keep Scotland Beautiful, we have seen first-hand how important communities are in making an impact in this space, especially with our Community Climate Action Plan programme.  A real difference can be made at grassroots level and initiatives like the Climate Clever Communities project are pivotal to realising this.”

Also speaking at the event will be Cormac McCarthy, Chairperson of Ennis Tidy Towns who were the overall Winner of the 2021 Tidy Towns Competition. Cormac will talk about the Tidy Towns experience in the Republic of Ireland.

He says, “I am delighted to be speaking at the Climate Clever Communities Summit.

“As a passionate advocate for community-led change, I feel that the role played by the Community and Voluntary Sector in response to the climate crisis is incredibly important, and this event, and the project that it showcases, are a vital step towards achieving net zero emissions by 2050.”

To find out more about Keep Northern Ireland Beautiful, go to: www.keepnorthernirelandbeautiful.org

VOLUNTEERS RALLY DURING PANDEMIC TO KEEP OUR COMMUNITIES CLEAN

A look back: World Environment Day 2020

What’s next for Bay Bridge after coming up short at Royal Ascot?