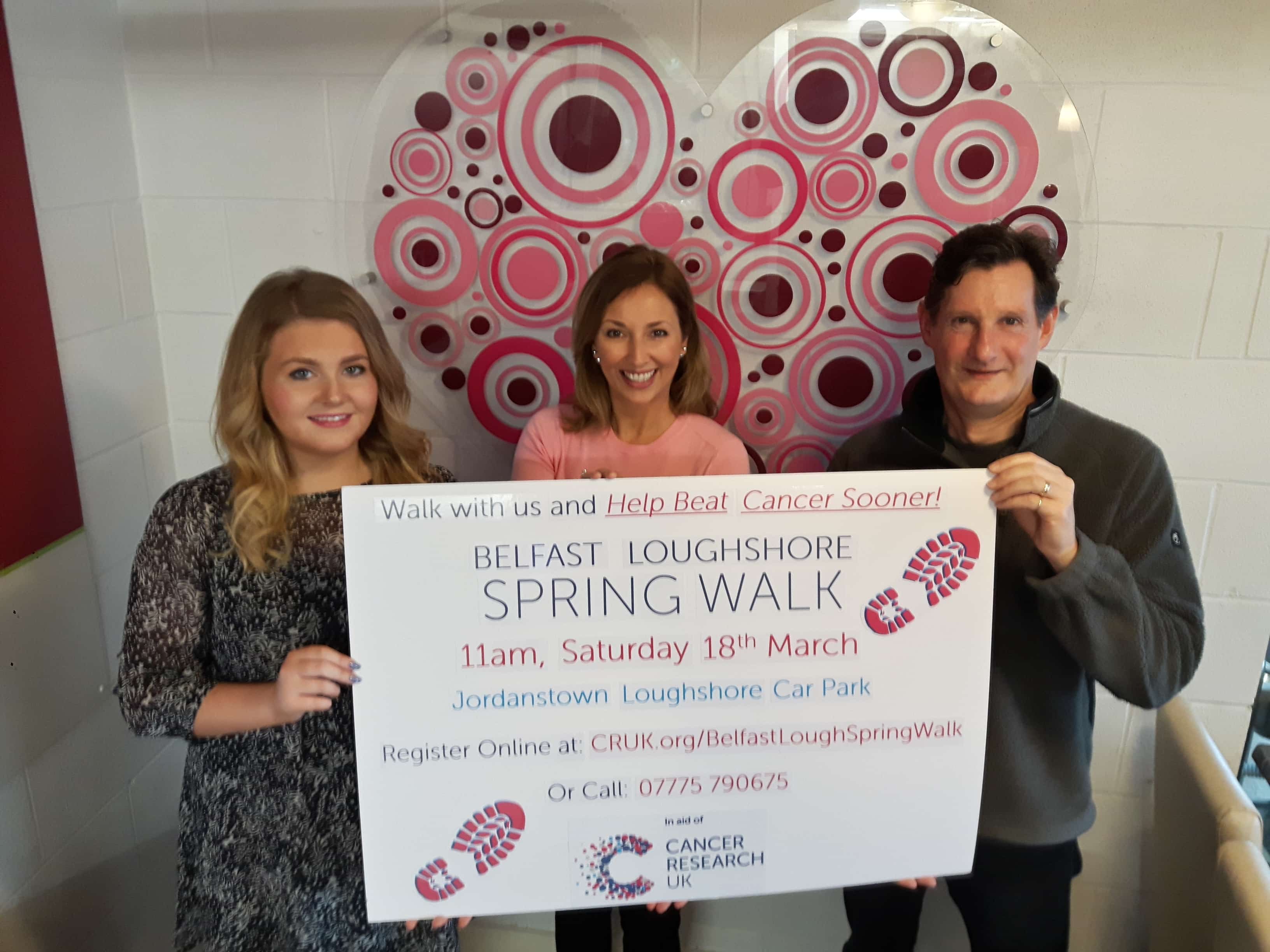 When 24 year old Shannon McConkey from Greenisland set off to spend a year in America as part of her studies, she was not prepared for the devastating news she received having been there for just six months.

Shannon was completing a Masters in Biomedical sciences, part of which includes an internship in a university lab in Indiana, researching new possible treatments for Polycystic kidney disease.

In April 2016 she found a lump on her neck and the first person she called was her Dad, a GP in Carrickfergus, who advised her to find herself a doctor. When she did so, she was told it was probably nothing serious but she would need a CT scan within the next few weeks.

The scan was done on a Friday morning and on the Friday night,  Shannon received a phone call from the GP.

“I  was really surprised,” said Shannon “She told me to contact my family as she suspected I could have cancer.

“My parents immediately flew out to America and it was following the results of a biopsy that I was given the full diagnosis –  I had Lymphoma.”

The news was devastating for Shannon. She had been enjoying her time in the States so much, that she had planned to stay and work for another few years. Instead, she finished all her scans in US then flew home in May 2016 to begin six months of chemotherapy in Belfast City Hospital, bravely saying “ Sure doesn’t everything happen for a reason.”

“When I look back I had some annoying symptoms which did not indicate anything serious to me,” recalls Shannon.

“For example, I had a cough for months, but put this down to the air conditioning. I was very tired but again put that down to student life and the constant itch in my legs I blamed on my fake tan.”

Despite her own ordeal, Shannon still thought of others, as she donated her hair to The Princess Trust to make wigs for children with cancer.

“My hair was literally down to my bum,” she said “and I was dreading losing it. Fortunately I did not lose all of it and, because of the length, was still able to donate quite a lot.”

Shannon has just received the good news that she is now in remission, and although on a  leave of absence from her studies, hopes to finish her dissertation and graduate in the summer!

She is currently volunteering and working at citizens advice, but determined to help others, this inspirational young woman is appealing for people across Antrim and beyond to join in a 5km walk to help celebrate the arrival of Spring, blow away a few winter cobwebs and raise vital funds to beat cancer sooner.

Cancer Research UK’s ‘Belfast Spring Loughshore Walk’ will take place on Saturday 18th March at 11am. The 5km route will start at Loughshore Park on the Shore Road with participants enjoying a stroll along the beautiful Loughshore path to Hazlebank Park and back.

The walk is being supported by Dermot Breen and TV Presenter, Claire McCollum. Dermot has been raising funds for Cancer Research UK through a number of events over the last 2 years, in memory of his late wife, Jacqui, a former teacher in Greenisland Primary School.  Neither Shannon or Claire have met Dermot before, but coincidentally, Claire’s children were taught by his late wife, as was Shannon and her younger brother.

In 2015, Dermot decided to walk the entire 1,000km route of the Ulster Way which took him around Northern Ireland. He dedicated this walk to Jacqui, naming it his ‘1000K4J’ challenge. Thanks to the generosity of his family, friends and colleagues, as well as complete strangers he met on the way or heard about his fantastic story, he raised an amazing total of over £15,000 for Cancer Research UK.

He followed this up in 2016 by doing another 1,000km – his ‘2000K4J’ – along the Camino de Santiago route in northern Spain. To date, Dermot has raised well over £20,000 to help fund the fight against cancer through his walks as well as the sales of calendars, raffles and other activities.

Urging others to get involved Dermot said  “The work that Cancer Research UK is involved in is vitally important and I am delighted to be able to lend my support to this event.

“I can say from personal experience, that it feels really good to be involved in a healthy activity and at the same time know that you are helping a wonderful charity. Two years ago, I never even thought about walking, but it has truly opened up a whole new world for me and has since taken me to places I never before dreamt of visiting, such as the Great Wall of China.

“The Belfast Loughshore Spring Walk is a manageable 5K along a nice gentle path, but you never know, it might also give you an appetite for more!”

The event is open to people of all ages and abilities. Registration costs £10 per person (under 16s go free) and all participants will receive a goody bag and refreshments at the end of the walk.

Mark McMahon, Senior Local Fundraising Manager for Cancer Research UK in Northern Ireland, explained why it was important for people to get behind this event: “We’re urging as many people as possible to join us on what we hope will be a beautiful Spring morning. We’re asking people to use this opportunity to take action against this terrible disease and help us bring forward the day when all cancers are cured – and hopefully get some exercise and have some fun at the same time!”

To register for this event, please visit www.cancer.org/BelfastLoughSpringWalk where you can sign up online. Alternatively, call into the Cancer Research UK shops at Cityside Retail Park or 300 Antrim Road, Glengormley to register. For further information, please contact Mark McMahon on 07775 790675 or mark.mcmahon@cancer.org.uk.

Cancer Research UK is the largest funder of cancer research in Northern Ireland, having invested over £3m annually for the last few years, primarily at the Cancer Research UK Centre in Belfast.  Every hour, someone in Northern Ireland is diagnosed with cancer, but thanks to research, survival rates have doubled in the last 40 years, with 2 in 4 people surviving cancer for 10 years or more. The charity’s aim is to beat cancer sooner and your support can help us achieve that.

For further information about Cancer Research UK’s work or to find out how to support the charity, please call 0300 123 1022 or visit cruk.org.

Useful Tips To Help You Get Around On A Budget