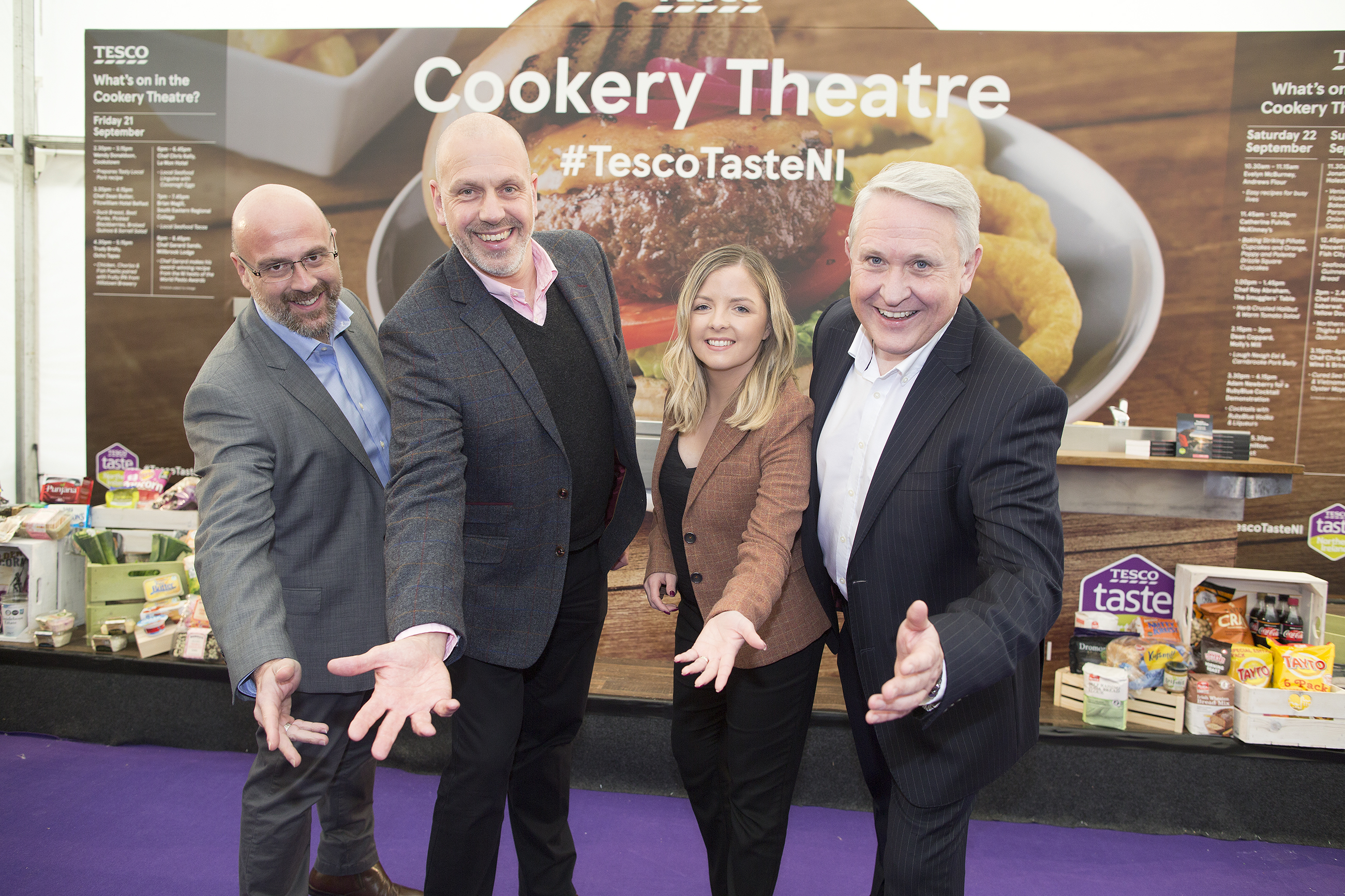 It’s not often people in Northern Ireland unite over a sense of identity but research released today shows there is one area that unifies us in pride: our love of local food and drink.

Independent research by Ulster University Business School, which was commissioned by Tesco Northern Ireland, as part of its 10th Taste Festival, has found that on average, in a main grocery shop, local products now account for almost six out of ten items in a shopping basket (58.2% 1.).

The research which examined consumer perceptions of Northern Ireland food and drink, revealed that two-thirds of respondents (71.8%) said it was fairly or very important to them that they supported their local food and drink industry.

Loyalty for local family businesses was a major driver for purchasing local (91.1%), followed by ‘a sense of pride for the country’ – a sentiment shared by almost three-quarters of respondents (70.3%).

“The research findings were very clear in demonstrating that Northern Ireland consumers want to buy locally grown and produced food and drink products. What was really interesting however, was the fact that, in addition to the anticipated consumer motivators such as taste and quality, the resounding consensus among respondents was that they were doing their bit for the local economy, and then some – right down to the micro level of supporting family businesses. Buying locally produced food and drink generates a feeling of patriotism and community, not always easily achieved here.”

When asked why they purchased local products, ‘supporting the local economy’ (93.9%), ‘supporting a family business’ (91.1%) and knowing ‘where your food is from’ (89.9%) were among the top three reasons.

“Like us, our customers believe in the importance of quality, local produce and they want to support local farmers, growers and producers, because in return, they enjoy some of the best tasting, quality food and drink available.

“Local food and drink has been a major focus for Tesco since it first arrived in Northern Ireland over 20 years ago. We work with 90 local suppliers and 6,000 NI farmers, who together produce 1,500 homegrown quality product lines stocked in Tesco stores across the province – and are fully committed to putting local products on our shelves.”

The findings have been published ahead of the 10th anniversary of Tesco’s free flagship food and drink event, Taste Festival, which runs from 21st – 23rd September. The annual Taste Festival celebrates and showcases all that’s great about Northern Irish food and drink, with over 60 local producers and well-known chefs demonstrating using local produce.

The Importance of Health Screening for Businesses Post COVID

VIBE by Jet2holidays Partners Up with Love Island