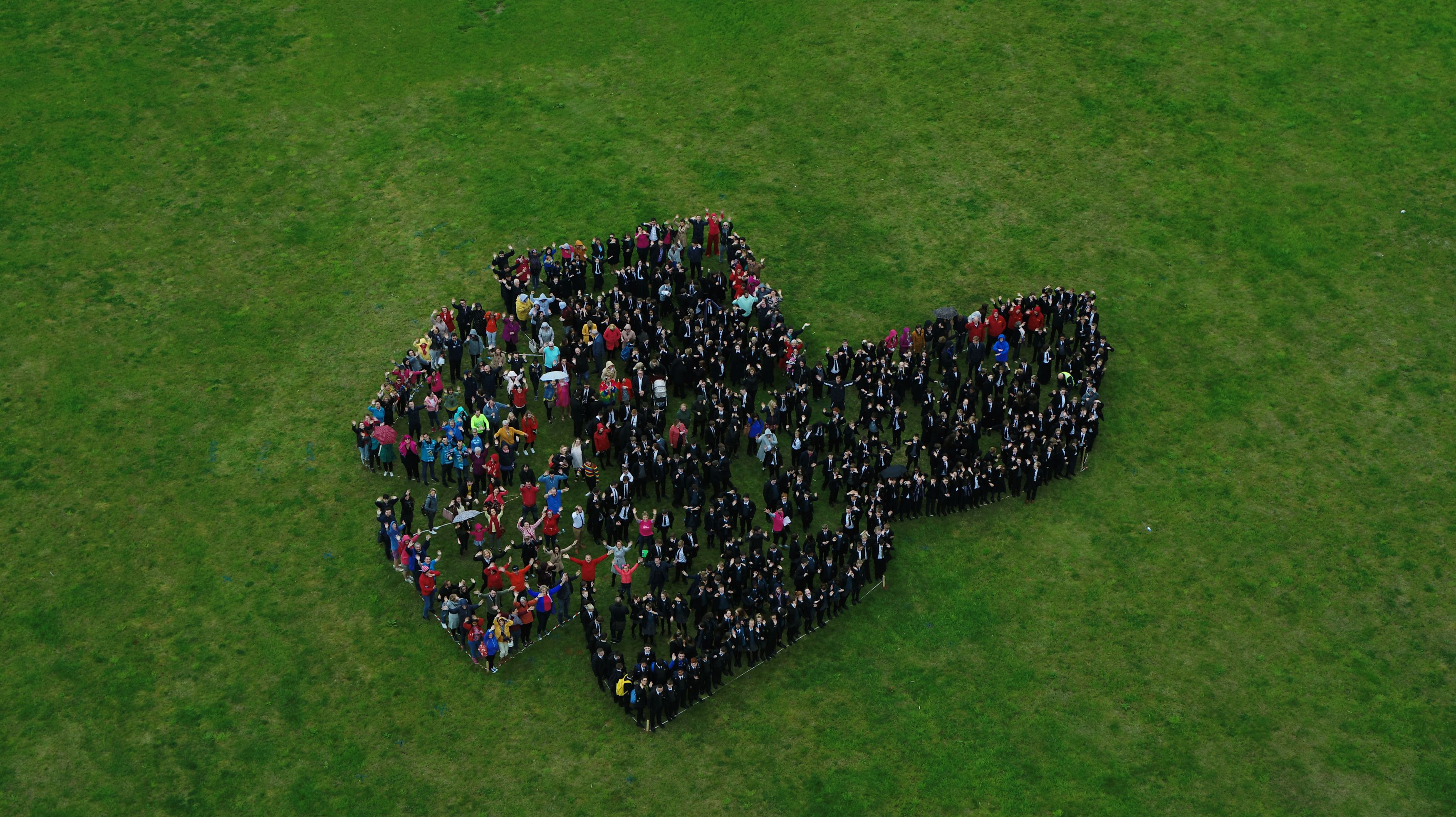 A film project celebrating Belfast and its people has been unveiled as part of the city’s Culture Night celebrations.

Earlier this month, hundreds of volunteers from across Belfast came together for a secret filming project in the Titanic Quarter.

Tonight the short film they helped to create will be shown at Culture Night – Belfast’s biggest annual cultural celebration which attracts thousands of people into the city centre.

The project, led by Belfast City Council and supported by a wide range of city partners, captures people as they make their way through the city, culminating in hundreds of volunteers coming together to create a ‘living starburst’, reflecting Belfast’s new city brand.

“What has stood out, however, is how we as a city have rallied round the business community and those directly impacted by the fire. We have seen tremendous community spirit among our city centre retailers, and numerous acts of kindness.

“And also we have seen a true sense of pride. Belfast is a proud city; it is resilient, and it is determined to be the best it can be.

“This project gave people the opportunity to be part of something really positive to showcase the city and demonstrate that Belfast is strong, vibrant and open for business.”

She added: “The living starburst is a powerful image which we feel will resonate with people at a time when it is so important for us to come together and support and celebrate each other. This film has really captured what Belfast is all about – our energy, spirit and pride.”

The release of the film builds on the recent launch of the #YourBelfast campaign, aimed at supporting city centre retailers who have been directly impacted by the fire at Bank Buildings, and encouraging more footfall, particularly in the run-up to Christmas.

The film features more than 700 participants including over 450 pupils from schools across Belfast, families, tourists, sports fans, traders and customers of St George’s Market, and volunteers from a wide range of city stakeholders and partners.

The short 1-minute film will be released digitally via Belfast City Council’s social media channels and a range of other city partners. It will also be shown on screens dotted around the Cathedral Quarter this evening as part of Culture Night.

Susan Picken from Culture Night said, “We’re delighted to provide a platform to unveil the results of this exciting project, which projects a positive image of Belfast and its people. The ethos of this film project is the perfect fit for Culture Night, which celebrates the diversity, energy and spirit of our people and culture.”