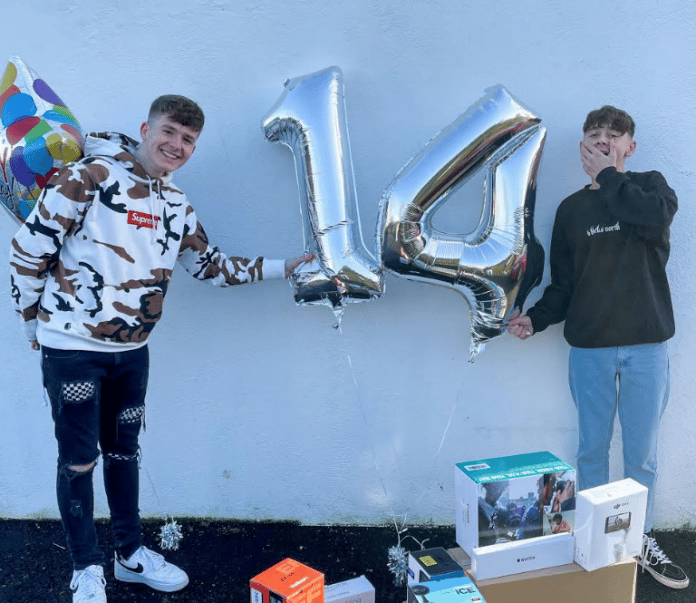 When Northern Ireland YouTube sensation Adam B learned that a local teenager was being bullied at school he leapt into action with a birthday gift of £5,000 worth of tech equipment to help him make more and better videos.

Adam B, aka Adam Beales, reached out to 14-year-old Stewart O’Doherty after reading a tweet from Stewart’s sister Molly about what he was enduring in school.

The 21-year-old YouTube star who has amassed more than 3 million subscribers to his channel said he could relate to what the young man was going through.

“I went through a very similar position to Stewart,” Adam explained.

“I know exactly what he’s going through. And the main message in making the video and giving the gifts will be to highlight bullying and the huge negative effects it has on kids.”

Stewart started his channel about a year ago but really began making regular YouTube content during lockdown, and when he returned to school the online bullying followed the Derry teen.

“When we went back to school in September, the physical bullying started,” said Stewart.

“At first it started with sly comments, but then it grew to people physically throwing stuff at me.

“I didn’t give up on the idea of YouTubing, but I didn’t upload much because of what was happening.”

Stewart’s plight came out when he told his 18-year-old sister Molly.

“When Stewart told me I was absolutely livid,” she said. I was so annoyed with myself because I hadn’t been able to do anything to help but it was only because I didn’t know.

“Stewart just loved doing his YouTube channel – it was just silly wee things like challenges and that type of thing. He just enjoyed it. He wasn’t doing any harm and it certainly was no reason for him to be bullied.”

Molly tweeted about the bullying and caught the attention of Blue Peter presenter Adam B.

“However, what Stewart didn’t know is that I would be surprising him on his birthday with a video message.”

As Stewart chatted to his YouTube idol on FaceTime he was told to look outside where Adam was waiting with the tech package of gifts.

“I gave Stewart a laptop, cameras, mics, speakers, GoPros, tripods, a segway, airpods, smart watch, headphones, computer mouse, a camera gimbal plus a few other gadgets to help him on his YouTube journey,” said Adam.

“I wanted to give him these gadgets so that he could have a kickstart on YouTube and something to show the bullies that he doesn’t need to listen to them.”

And, Stewart is now even more determined to keep making content.

“There are no words for me to say what I want to Adam. He’ll never know what he’s done for me,” he said.

“He’s given me back my confidence and I know now that I can pursue – and fulfil – my dream.”

However, he also had a word for his bullies.

“I’d like to thank the people who bullied me,” said Stewart.

“I’d like to say to them, ‘Thank you’, because, without them, I would never have been able to meet my idol, Adam B.

“I’d also like to tell them that bullying someone for doing what they love to do doesn’t make you a better person.”

That same determination was what spurred Adam on when he was the victim of bullying at school.

“I started doing YouTube in 2012 periodically until 2015 when I devoted a lot of my time to it.

“Being in an all-boy school, back when there were no big Northern Irish YouTubers to look up to – it was very difficult to stay on that path.

“It was difficult to keep believing when everyone else was talking about you, making fun, calling you names as you walked past them in school corridors. It was horrible and I wish it on no one. Therefore, Stewart’s case hit a nerve. I know exactly what he is going through.”

It got so bad that Adam was close to quitting YouTube.

“I was very close to giving up so many times when I was at school,” he said.

“Being told by both pupils and even teachers to stop YouTube – it was a very stressful environment.

“It was an environment where I asked myself multiple times, ‘is it even worth it?’, ‘is it worth the hassle?’

“But I am very glad I didn’t give them the satisfaction because I wouldn’t be where I am today if I had listened to them.”

Since then Adam has been garnering more and more YouTube subscribers, as well as more than 500,000 followers on Twitter, Facebook, Instagram and TikTok with his witty pranks and sketches, yet he still remembers the acts of the bullies.

“Sometimes they text me,” he said.

“I often got random texts from people who relentlessly ashamed me for doing YouTube – and now they’re the ones texting me, congratulating me.

“Anyone who made fun of me or made me feel insecure for doing something I loved, I would say to them ‘why”, ‘what did they get from it’, ‘Are you happy’.

“I would ask these questions because I am still baffled as to why people feel the need to mentally/physically/emotionally attack others for something that doesn’t even affect them. It boggles my brain and it’s a thing that needs stamped out. No one should ever tolerate bullying. No one.”

And, he has a message for the people bullying Stewart.

“Don’t underestimate anyone,” he said. “The people you bully could very well be the people you need a job from in the future.”

He went on with a message for everyone who has a dream.

“Believe in yourself. If I can do it, then you can do it. And don’t let anyone tell you otherwise.”
For those who have a dream of becoming a YouTube star he said support from friends and family can make a huge difference.

If you or someone you know is being bullied don’t be afraid to talk to an adult or contact Childline.org.uk on 0800 1111. For more information about how you can tackle bullying adults can go to endbullying.org.uk 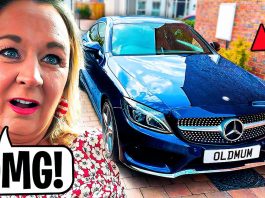 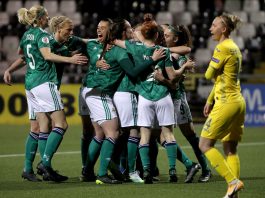 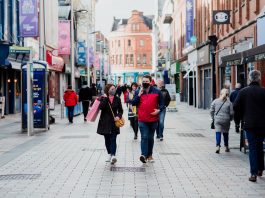