Tinderbox Theatre Company presents a riotously funny new comedy about family, feuds and feckin’ Christmas! Written by of one of Northern Ireland’s most talented new playwrights, Judith King, All Through The House will open at the Crescent Arts Centre on Thursday 4th December and run until Saturday 19th December.

The festive comedy tells the story of the Moore clan – a ‘normal’ family from the leafy suburbs of Belfast, separated by divorce but humorously brought back together at Christmas against their will because of tradition.  Will smiles crack after one too many glasses of Prosecco? Who’ll kiss whom under the mistletoe? How many times will All I Want for Christmas be butchered during family karaoke?

Audiences loved a rehearsed reading of All Through The House at Belfast’s Pick-N-Mix festival in 2014 and since then Tinderbox Theatre has worked closely with the writer to develop the show and, with their choice of cast, showcase the very best in homegrown drama and talent.

Northern Irish but London-based King is one of Northern Ireland’s freshest new playwrights. She has recently developed a TV pilot script, after returning from New York where she was awarded a place on Columbia University’s highly competitive Television Writing course, helmed by Emmy award-winning screenwriter Frank Pugliese.

Director Patrick J O’Reilly has brought together some of Northern Ireland’s most recognisable and accomplished actors for this new production. Audiences should be familiar with Belfast-based actress Maria Connolly from Dancing Shoes – The George Best Story while those fans of RTE’s Farr will recognise award-winning Shaun Blaney as the handsome Detective Michael Gallagher.

Keith Acheson, Director of Programmes at the Crescent Arts, commented:

“We are delighted to be welcoming Tinderbox back to the Centre, especially after their hugely successful production, True North, in 2010.  ‘All Through the House’ promises to be quite a show. A fantastic Director, brilliant cast and wonderful script, we couldn’t think of a better company to be teaming up with for our first professional Christmas run.”

Patrick J O’Reilly, Director of All Through The House, said:

“Judith King is an exceptional talent and I am looking forward to getting into rehearsals with our wonderful cast for ‘All Through The House’. It is very exciting that the first play I direct for Tinderbox is by a writer who exemplifies the work that Tinderbox does in developing and producing original and memorable new plays for audiences and I will bring my own style of directing to this mad cap, funny and brilliant play. This December; Tinderbox will pick away at the façade of Christmas – exposing the humorous side of family gatherings and the quest for that ‘perfect’ day. Audiences can expect the opposite of a Panto but are guaranteed a fun and festive evening at a very smart and entertaining comedy.”

For more information about the show or to book a ticket, visit crescentarts.org or call 028 9024 2338 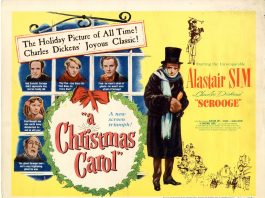 Scrooge, a lucky break, a new book and a brighter 2021 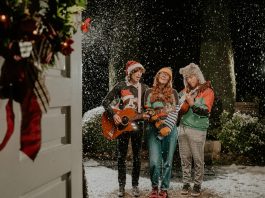 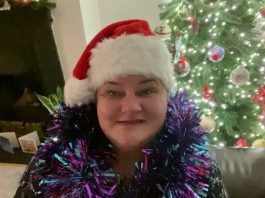