Since then, more than 20 new roles have been created at the premium franchise across technical, sales and management areas in what is now among the UK and Ireland’s top-performing Jaguar Land Rover showrooms. 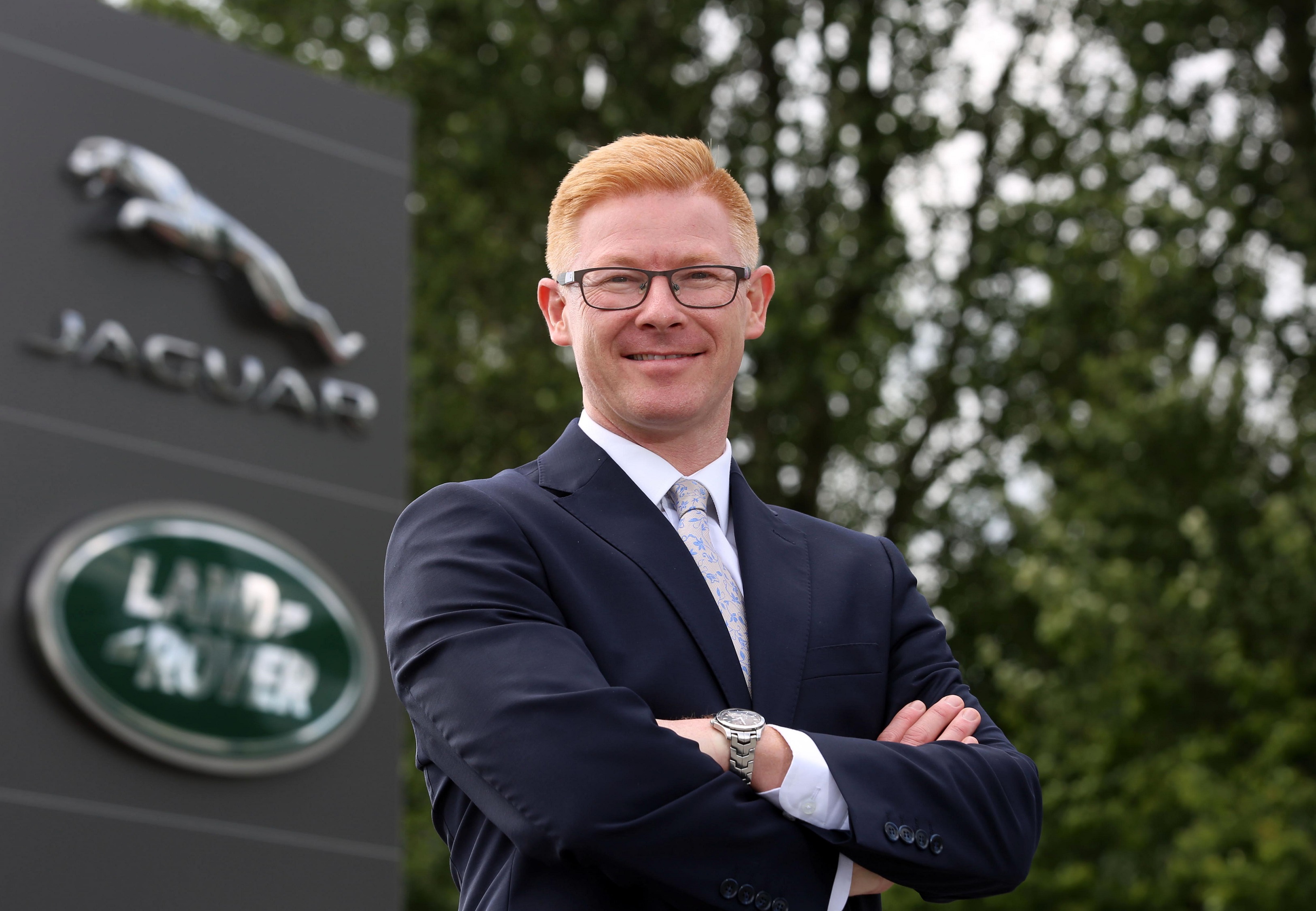 “I’m delighted to confirm Alan’s appointment to the top team at Jaguar Land Rover Belfast. A true leader with a warm and welcoming personality, I believe that his passion and commitment for this outstanding premium brand, along with his experience and capability, will continue to develop our strength within the industry and our priority to ensure unrivalled customer service and care.”

Queen’s University Belfast graduate Thompson, who is from Ballyclare, started his motor industry career in 1986, joining Savills Vauxhall as part of a management fast-track programme before progressing to business manager within 10 years.

In 2005, Alan moved to the role of Franchise Manager at Charles Hurst Nissan, overseeing the strategic development of the business across sites in Belfast, Newtownabbey and Newtownards and managing a team of over 60 staff.

“Jaguar Land Rover is an exciting, forward-looking and ambitious brand and I’m excited about the possibilities ahead. The investment made to date by Charles Hurst in the site, and in our people, reflects the huge strength of our commitment to these world-class, innovative brands and our pledge to provide the very best for our customers and staff.”

The new JLR showroom was the first to be opened in Northern Ireland as a key part of the brand’s £16 million UK-wide retailer initiative announced in 2017 and which features the JLR signature ‘Arch’ concept, housing both brands under one roof.

The company, which produces the Jaguar XJ, XF, XE, F-Type and the all-electric I-Pace model, as well as a range of top-selling Land Rover models across a range of budgets, is already focused on the development of driverless cars that will reshape the entire motor industry.

JLR, which has been endorsed by a wide range of well-known brand ambassadors, including Bear Grylls, Sir Ranulph Fiennes and Ben Saunders, earlier this month confirmed it is investing hundreds of millions of pounds to build a range of innovative electric vehicles at its Castle Bromwich plant in Birmingham.

Part of the Lookers Group, Charles Hurst is the north’s largest motor retailer, representing 20 brands across seven sites including its 20-acre Belfast headquarters, the largest automotive park in Europe.

Love Belfast - December 1, 2021 0
This month marks the start of Carson McDowell's year-long partnership with Samaritans in Belfast, a charity that works day and night to listen to...

Love Belfast - December 6, 2021 0
Technology, engineering and supply chain roles have secured the top salary increases over the past 12 months in Northern Ireland, according to new data...