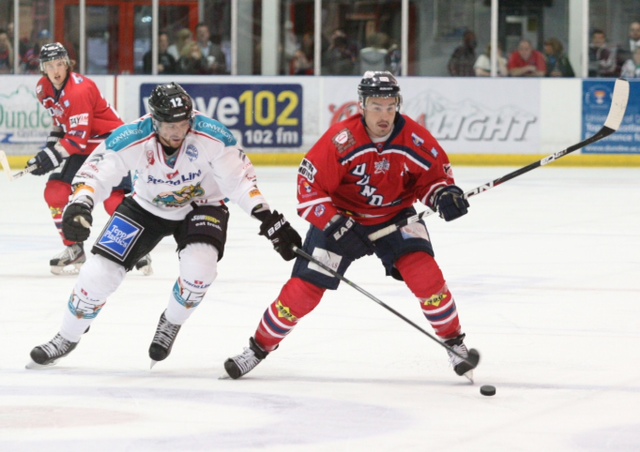 The Stena Line Belfast Giants are off to a winning start in the defence of their Elite League title following a 4-1 win on Friday in Dundee against the Stars. Goals came from debutant Ray Sawada, Craig Peacock, Darryl Lloyd & Evan Cheverie and sees the Giants shoot to the top of the Elite League and Challenge Cup Group A tables immediately.
The Giants began the game without Jeff Mason and Mark McCutcheon but new signings Mike Kompon and Sawada made their debuts for the organisation.
The game came to life at 15:54 when captain Adam Keefe and Brad  Plumton dropped the gloves with Keefe getting the takedown. Dundee’s Chris Blight then took a charging penalty & the Giants scored the first goal of the new Elite League season on the powerplay at 18:24 with a Ray Sawada goal, assisted by Calvin Elfring and Craig Peacock. 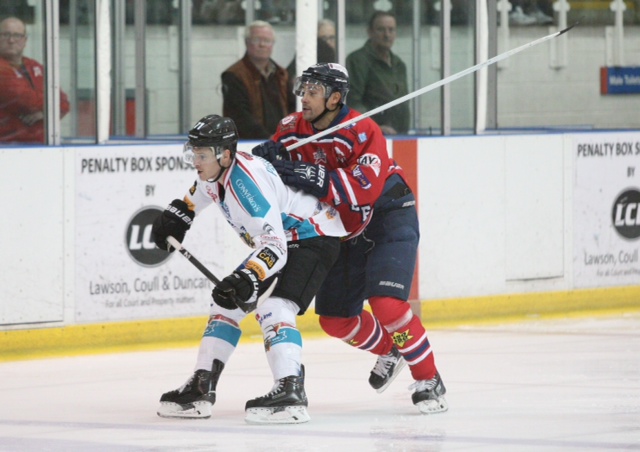 The Giants struck again in the powerplay early in the second period with Mike Kompon assisting on a goal for Craig Peacock at 23:03. Not long after Belfast made it three, with Darryl Lloyd firing home at 25:36.
Dundee regrouped and before the end of the second period, they pulled a goal back through Plumton at 36:40.
Lloyd came close to extending the lead in the final period, only to see his shot cannon off the crossbar. However it was Evan Cheverie who rounded off the opening night win, scoring an empty net goal to give the Giants the 4-1 victory with just a couple of seconds left when his brother Mark, in goals for Dundee, was pulled for an extra attacker.

The @BelfastGiants are off to a winning start! Goals: Sawada, Peacock, Lloyd & Cheverie. 1-4 pic.twitter.com/zeFluvaTnR

The Giants will remain in Scotland to take on the Braehead Clan on Saturday evening, followed by a game against the Edinburgh Capitals on Sunday – both are Challenge Cup Group A games.
Final Score:
Dundee Stars 1-4 Stena Line Belfast Giants 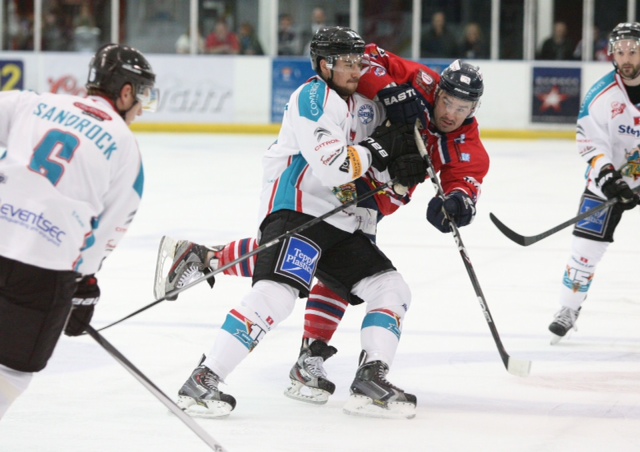 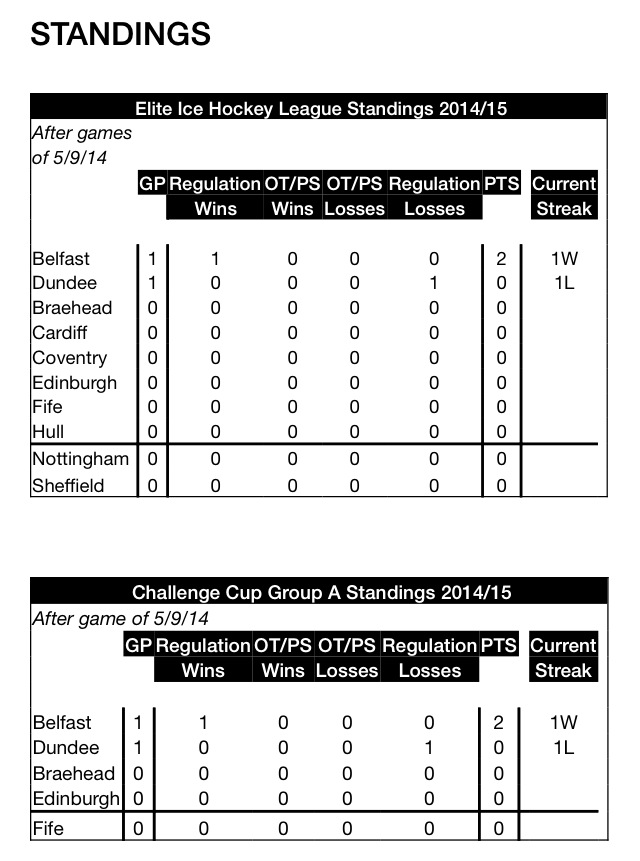