Pokémon GO will arrive in Belfast in a few days! 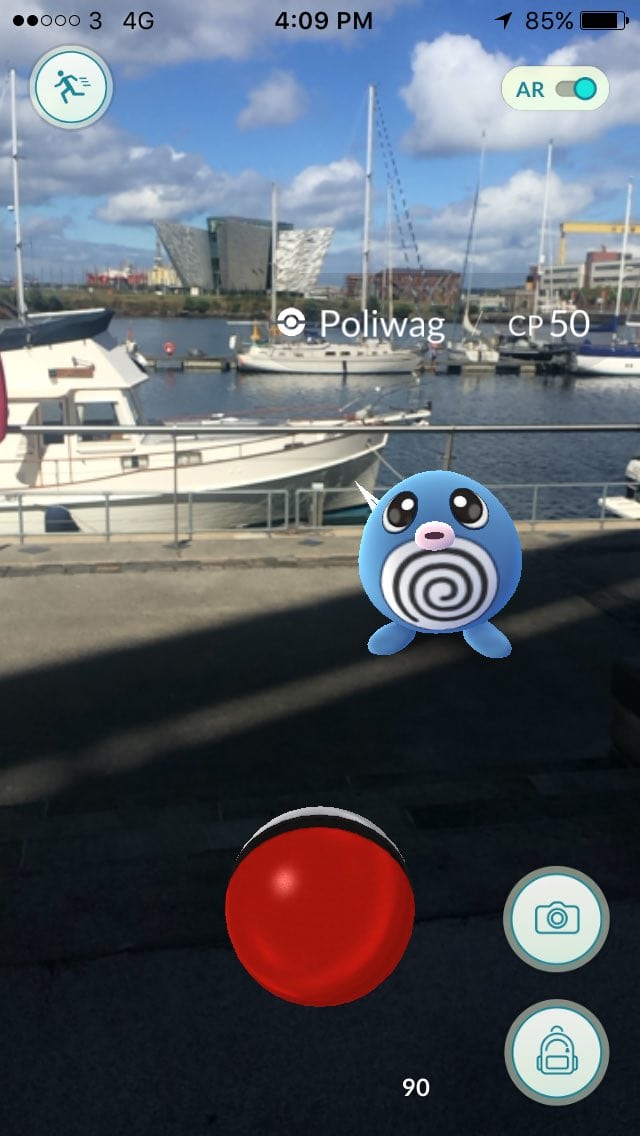 The number one FREE app in America and the biggest mobile app of the year is still not available in the UK, with conflicting rumours about whether it’ll be out this week or not.

Pokémon GO was released in Australia, New Zealand, and the US last Wednesday with overwhelming success. The developer Niantic has to ‘pause’ the rollout to other countries, until they’re ‘comfortable’ with how the game is working in the US.

Connection problems have bugged the app ever since it launched, and things would only get worse if they went ahead with a global launch straight away.

Pokemon Go encourages people to go outside and walk around until they run into a Pokémon, or find locations that can provide supplies. When they do that, they can choose to capture the animals and store them in their app. Going outside for some people though has already caused some stories. For example a teenager stumbled across a dead body while out searching for Pokemon!!!

Have you heard about the latest craze? #PokemonGo pic.twitter.com/cEJ0wrVwKC

If you want to get the app now follow these simple instructions..

Once Pokémon Go has been installed you can log back out of the App Store in the same way you did at the start, change back your region and sign back in using your normal iTunes account.

Android users can easily sideload the app, but must verify that they downloaded the app from a safe source and verify that it does not ask for permissions not required by the original game. Permissions can be found in Settings > Apps >Pokémon Go > Permissions.