A local mum of one has secured a listing in Northern Ireland Tesco stores for her innovative pizza product, Pizzado.

The do-it-yourself frozen pizza kit will now be available in 24 Tesco Northern Ireland stores in what is a £250k deal for Karen Boyd and her son Josh, who are at the helm of the enterprise.

The product, which retails at £5, is set to transform the dinner table for families around the province, believes Karen who has a background in the pizza takeaway sector.

Speaking about the conception of Pizzado, she said: “Pizza was what I knew and like most small businesses,  Pizzado was created in 2011 around a coffee table with friends. The idea was sparked from experience; my son was always making pizzas at home with his friends. Now he’s 18, we have been able to pair up and bring this idea to fruition and to consumers through in-store sampling opportunities with Tesco before securing the deal.”

Pizzado consists of two dough balls big enough to make two 9” pizzas, two sachets of tomato sauce and two sachets of 100 per cent mozzarella all of which use only natural ingredients. The kit comes in mozzarella and pepperoni varieties.

The dough is frozen at an early stage to prevent yeast from forming, thus allowing families to do the rest themselves at home. To defrost, the dough can be placed in a fridge overnight after which it boasts a shelf life of three days.

Using local produce, the content of the kit includes Neills Flour, creamy mozzarella from a local dairy producer, all of which are brought together and packaged at a firm in Derrylin.

Speaking about the Tesco deal, Karen continued: “We are delighted to now stock our product in Tesco stores. From a very early stage we knew that Pizzado was going to be a popular product after carrying out taste tests. We knew from the positive feedback and high demand then that a multiple was the best retailing vehicle for us, so to have finally secured a deal with Tesco is a major accomplishment.”

This year has marked not one but two major coups for Karen and her son Josh’s business. Not only has Pizzado won the contract with Tesco, it also won its second Irish Quality Food and Drink Award, taking the title in the pizza category.

As a result of the latter successes, Karen has invested in social media marketing and appointed a local company to take control of Pizzado’s Facebook page and Twitter accounts while she is working on new products to add to the Pizzado portfolio, including gluten-free options.

Confident that her product will be a winner at the dinner table and with all generations, Karen added: “Pizza is universally loved. It is one of those meals that always goes down well and from research, we know that the elder demographic is the fastest growing end of the market in the pizza category, implying that the Pizzado product is an all-inclusive kit for everyone, from the toddlers to the grandparents. It will make dinnertime a real family affair and one that is fun and allows for creativity. It’s not just about what’s in the kit but what else you have at home to make your pizza individual.”

Steven Murphy, Buyer at Tesco Northern Ireland, said: “This is a fantastic example of a local artisan producer who was able to introduce their products to consumers through Tesco’s sampling option. This was specifically introduced to help those not-yet-listed small producers bring their product to market by offering them free space in-store. The fact that Karen and Josh now supply to 24 Tesco stores across Northern Ireland is testament to the success of this approach, and the quality of Pizzado.

“Sure to be a firm favourite of families across the region, Pizzado is created for parents, by a parent who knows only too well the importance of striking the balance between making meal times fun and providing children with quality, nutritional ingredients.”

Welcoming the news, Invest NI’s Chief Executive, Alastair Hamilton, said: “Tesco NI’s ‘pop-up’ sampling scheme offers a valuable test marketing opportunity for smaller food and drink producers from across Northern Ireland.  I would like to congratulate Pizzado on converting in-store sampling to a listing in 24 stores and wish Karen every success in developing her business.  Northern Ireland consumers are strong supporters of local brands. As we approach 2016 Year of Food, showcasing products like this in established retail outlets is a great way to encourage product trial and build brand awareness.” 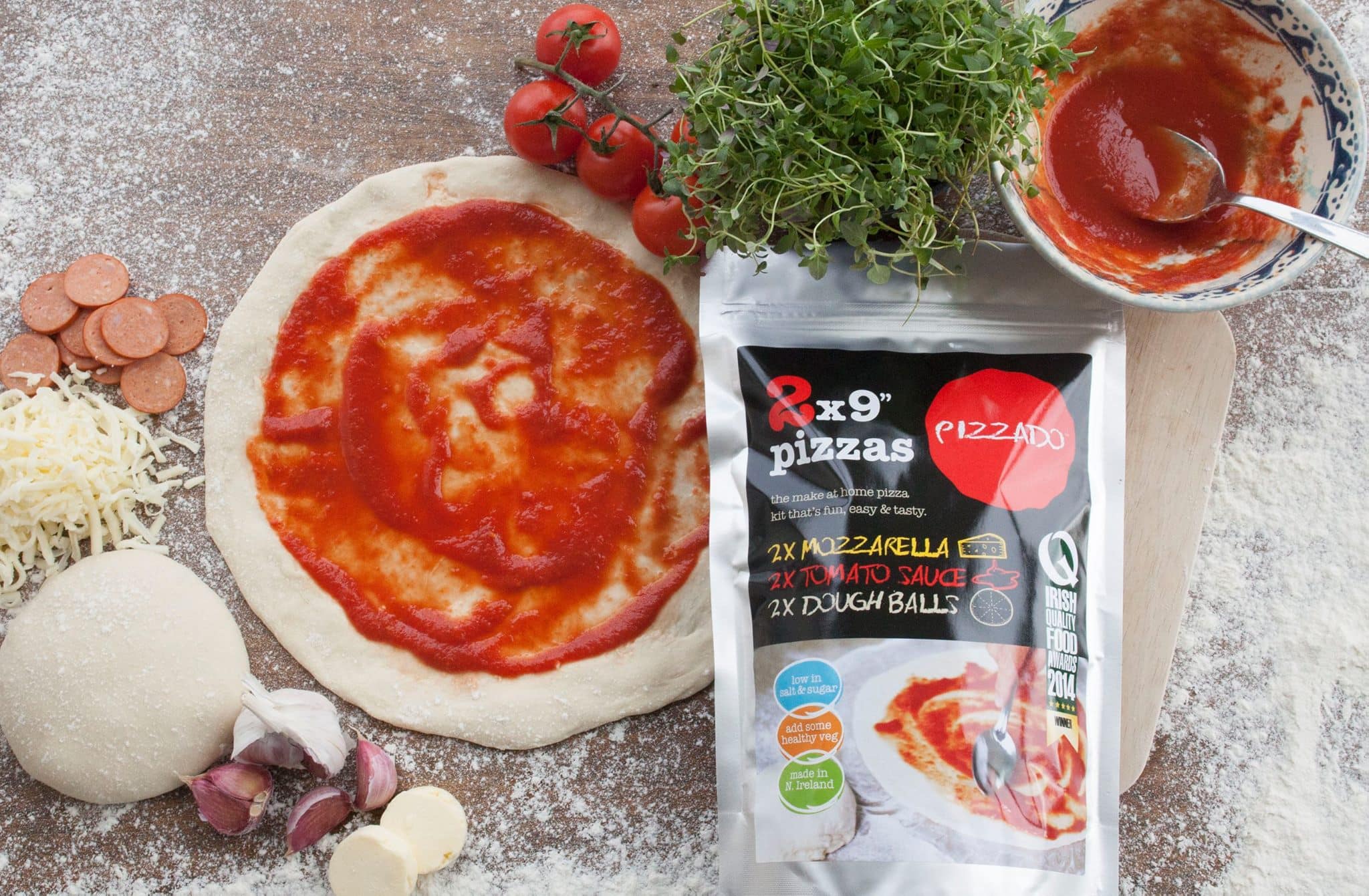