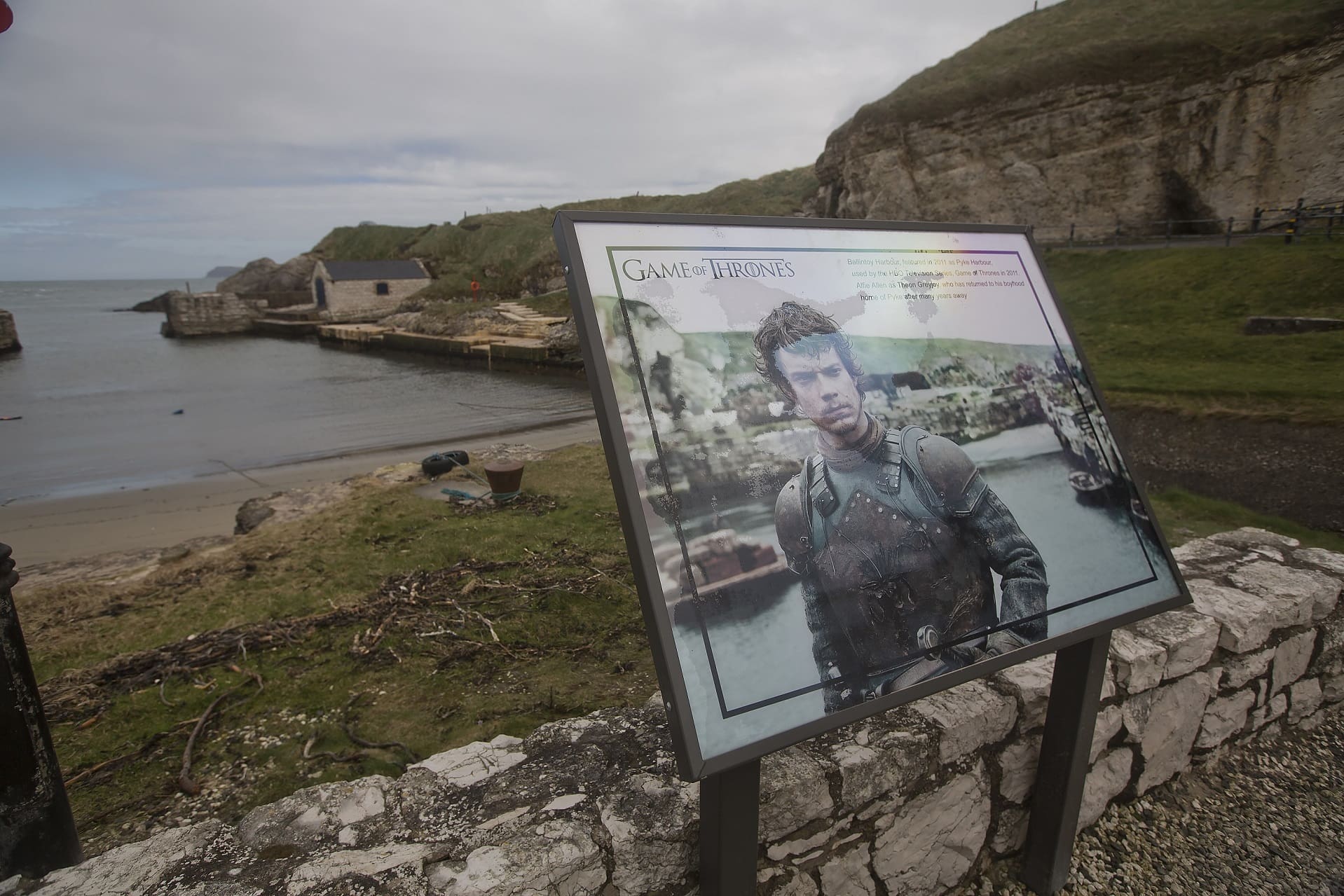 A new study commissioned by HBO has revealed that one in four adults choose where to go on their next getaway based on their favourite TV show or movie. And with Northern Ireland playing a starring role in HBO’s Game of Thrones®, Tourism Northern Ireland has welcomed news that The Causeway Coast and Glens has been placed third in a list of 30 film and TV destinations adults most want to visit.

Northern Ireland joins a cast of hit productions with New Zealand where Lord of the Rings was filmed topping the bill, while New York takes second place for popular TV series Sex and the City.

Tourism Northern Ireland’s Director of Product Development Laura McCorry said: “We are absolutely delighted that the Causeway Coast and Glens has been placed third in the list of film and TV destinations adults most want to visit. We join some of the biggest names in film and TV including locations where blockbuster films Lord of the Rings, Indiana Jones and Harry Potter were filmed as well as hit TV series Sex and the City, Downton Abbey and Broadchurch.

“It comes as no surprise to Tourism Northern Ireland that the Causeway Coast and Glens has been placed in the top three of this list. It is an absolutely stunning part of the world with rugged landscapes, breath taking scenery and a fascinating history of myths and legends and also offers visitors lots to see and do along the route.

“Thanks to Game of Thrones®, Northern Ireland’s stunning mountains, forests, lakes and countryside are now familiar to millions of people around the world having helped create the magical backdrop that much of the show’s action is filmed against. Whilst the scenery is amazing onscreen, there is nothing like seeing the stunning sights for yourself and we look forward to continuing to welcome TV viewers from around the world in the years to come,” Laura added.

Some of the locations based across the Causeway Coast and Glens that Game of Thrones® fans can visit for themselves include TheDark Hedges which is King’s Road, Downhill Beach/Dragonstone, Larrybane/The Stormlands, Ballintoy Harbour/Pyke, The Iron Islands, Cushendun Caves/The Stormlands, Cairncastle/North of Winterfell, Murlough Bay/Storm’s End and Slemish/Dothraki Grasslands.

The Northern Ireland industry has really embraced the global interest in Game of Thrones® and developed a range of exciting visitor experiences– self guided, guided tours and immersive experiences such as replica costumes, themed menus and interactive adventures.

For further information on the Games of Thrones® filming locations or to book a short break in Northern Ireland click onwww.discovernorthernireland.com/gameofthrones.