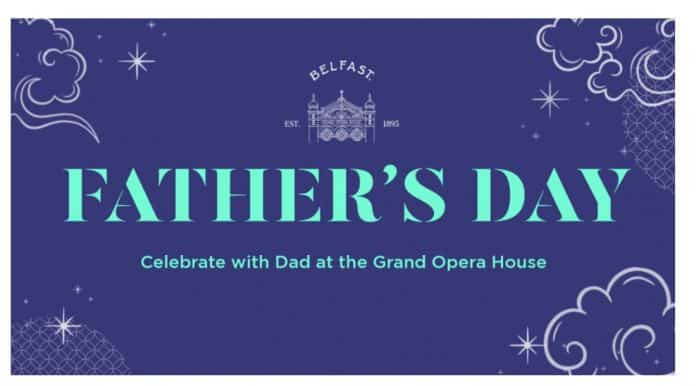 Father’s Day is fast approaching (Sunday 19th June) and we’ve got plenty of inspiration to make your Dad smile. Whether your Dad loves music, history, drama or comedy, we’ve got the perfect gift that will land you on the favourite child list.

Our top picks for Dad…

In The Name Of The Son

Following its sell-out run at the Lyric Theatre in 2021 and prior to its Edinburgh Festival premiere, In the Name of the Son – The Gerry Conlon Story returns to Belfast.

Chronicling the extraordinary life of The Guildford 4’s Gerry Conlon, following his release from prison in 1989. Written by Gerry’s lifelong friend Richard O’Rawe and Martin Lynch, the play explores the triumph of the human spirit over extreme adversity.

Take Dad to see “One of the best musicals ever written” (Sunday Times) when Willy Russell’s legendary musical returns to the Grand Opera House. Blood Brothers tells the captivating and moving tale of twins separated at birth, who grow up on opposite sides of the tracks, only to meet again with tragic consequences.

Bat Out Of Hell

This wild-child musical thunders through hits including I’d Do Anything For Love (But I Won’t Do That), Paradise By The Dashboard Light, Two Out Of Three Ain’t Bad, Dead Ringer For Love and Bat Out of Hell, in an theatrical spectacle unlike any other.

What to See When Visiting Belfast for The First Time? 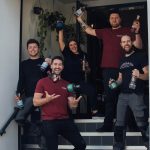  How to Sell Online? A Beginner’s Guide