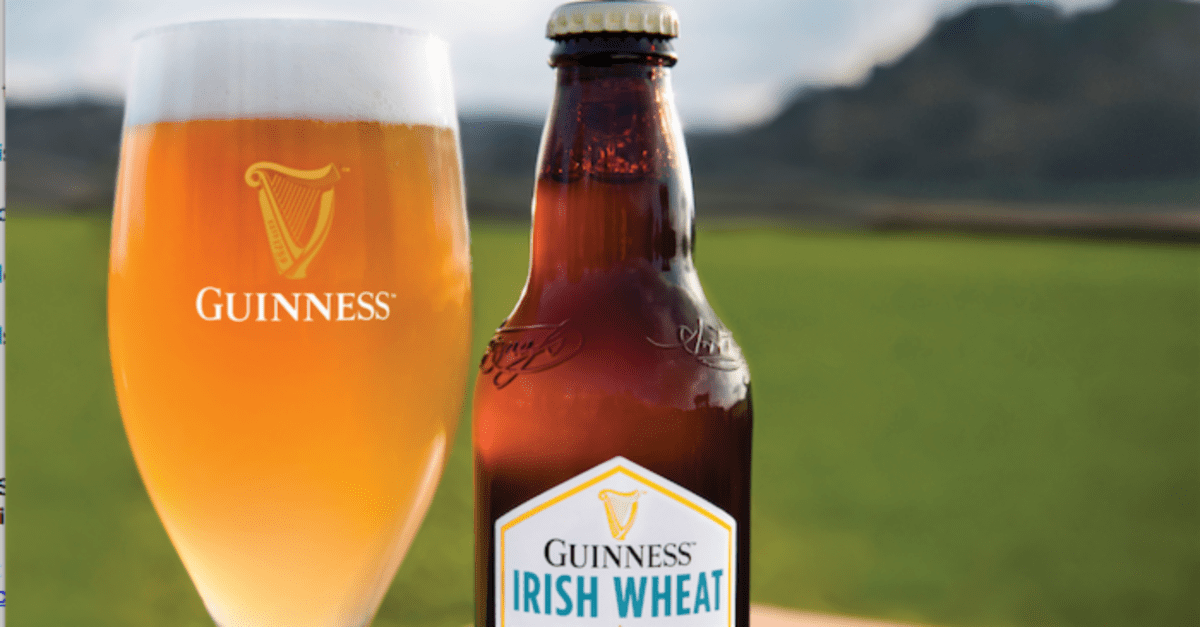 With St Patrick’s Day on the horizon, SuperValu and Centra stores across Northern Ireland are stocking up on a brand-new brew from the makers of Guinness that is sure to be a hit with beer lovers.

The Open Gate Brewery is the home of brewing experimentation and innovation at St. James’s Gate, where Guinness brewers are given license to explore new recipes, reinterpret old ones and experiment freely to bring exciting new beers to life.

New beers and innovations begin here before progressing to the main Brewhouse, allowing brewers to keep innovating in unexpected ways, brewing world-class beer the world over.

The latest beer from the Open Gate Brewery is Guinness Irish Wheat Beer – a clean, crisp wheat beer with a zesty citrus, which is now on sale exclusively in Supervalu and Centra stores across Northern Ireland.

The innovative new brew was created by a German brewer at St James’s Gate who was on a mission to create the best wheat beer outside her native home.

Brewed with wheat completely grown in Ireland and fermented with Guinness yeast, this Wheat beer has rich and vibrant gold colours bursting through a cloudy, unfiltered haze with subtle clove and spiciness and locally sourced Irish wheat.

Commenting on the launch, James McLornan, from SuperValu & Centra Off-Licence said: “We’re delighted to offer this exciting retail exclusive in Northern Ireland. Guinness is synonymous with St Patrick’s celebrations the world over and as consumer interest in new & exciting beers continues to increase, this great new beer is sure to please those looking for a new take on the classic this St Patrick’s Day.”

Guinness Wheat Beer is available in SuperValu and Centra Stores across Northern Ireland, priced at £2.39 each.

GUINNESS ANNOUNCES DETAILS FOR NORTHERN IRISH LAUNCH OF ‘GUINNESS 0.0’, THE GUINNESS WITH EVERYTHING EXCEPT ALCOHOL