US rock band Black Stone Cherry is pleased to announce a headline Belfast show at the Ulster Hall on Thursday 18th July 2019.

Black Stone Cherry has released six studio albums as well as three EPs, and have charted eight singles on the US Rock charts. Their latest album, Family Tree, was released on April 20, 2018 through Mascot Records. Tickets on sale Friday Feb 08th @ 10am from www.ticketmaster.ie, www.ulsterhall.co.uk, Ulster Hall Box Office & Ticketmaster outlets nationwide. Northern Ireland customers 0844 277 44 55 & Republic of Ireland customers 0818 719 300.
Family comes first—you can never forget who was there with you from the start. The Edmonton, Kentucky-based rock n’ roll quartet Black Stone Cherry was raised on musical forefathers such as Cream, Led Zeppelin, Muddy Waters, and the Faces, among other 1970s staples, and, now, with its sixth album, Family Tree, BSC salutes its classic rock heritage and honors its legacy with a beast of a Southern rock n’ roll album. 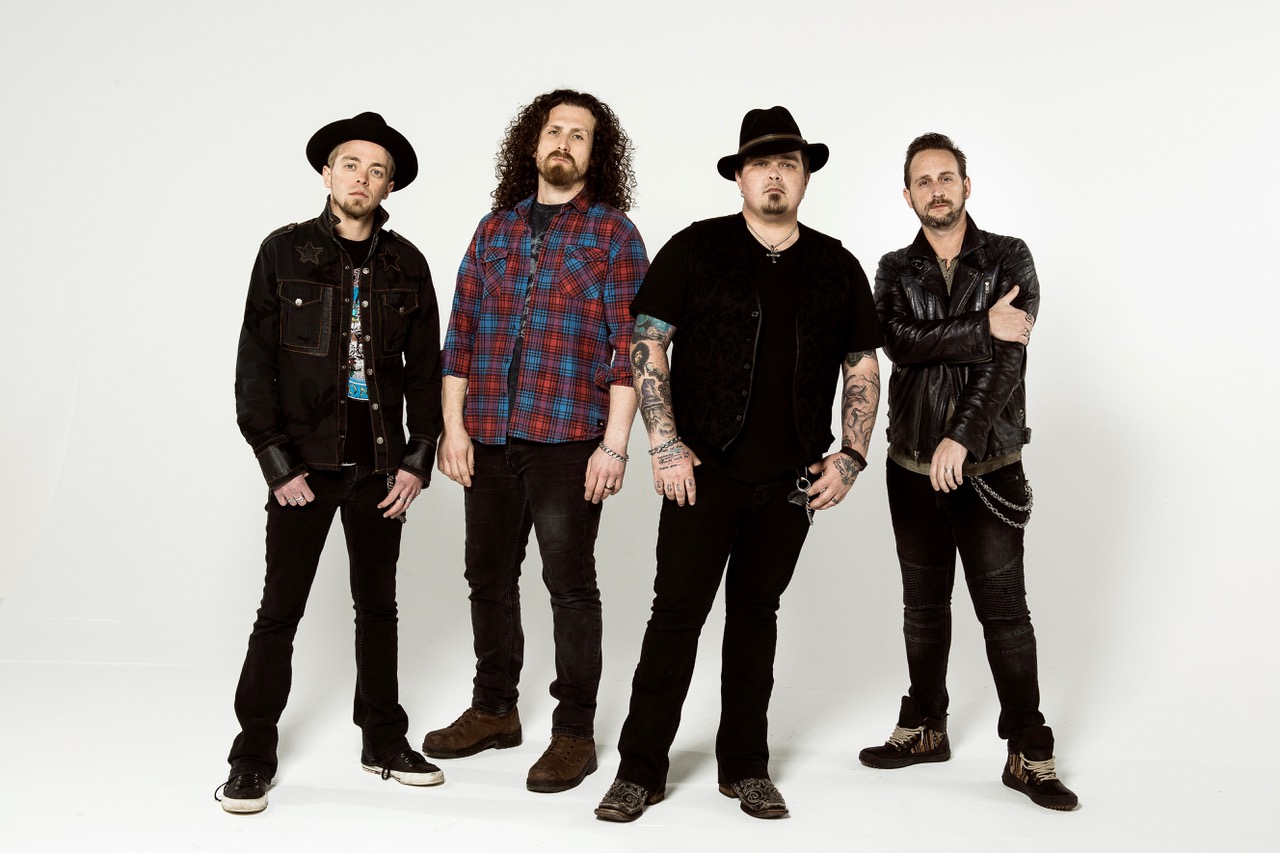 For 17 years, Black Stone Cherry has put forth a new vicious breed of Southern rock, injecting youthful vitality and a myriad of fresh new influences into the beloved American rock tradition. To date, the band has released five critically acclaimed albums, and one well-received blues EP. Black Stone Cherry has also rocked 12,000-cap arena shows, topped the UK charts, and shared the stage with a diverse roster of superstars, including Def Leppard, Lynyrd Skynyrd, Bad Company, Mötorhead, and ZZ Top.
Black Stone Cherry came together in 2001 in Edmonton, Kentucky, eventually coalescing around the lineup of Chris Robertson, vocals and guitar; Ben Wells, guitar and vocals; Jon Lawhon, bass and vocals; and John Fred Young, drums.  Young’s dad Richard, and his Uncle Fred, are two members of the iconic country-fried rock n’ roots band The Kentucky HeadHunters, and the high school-aged boys came up honing their craft in the group’s Practice House, a 1940s bungalow.
Like the band’s previous album and EP, Black Stone Cherry opted to self-produce and track Family Tree at David Barrick’s Barrick Recording, the same studio where BSC recorded its self-titled debut and Kentucky albums . BSC also opted to not over-rehearse in advance of the album, instead preferring the immediacy and spontaneity of in the-moment takes. “There was a lot of laughter in the studio this time, and an air of comfort because we had self-produced the last few releases. It helped us get down to the nitty gritty bones of our music,” says bassist Jon Lawhon. The band also entrusted guitarist and vocalist Chris Robertson to mix the album. This homespun approach perfectly suited the loose but epiphanic creative sessions that birthed Family Tree.
Family Tree boasts BSC’s tried-and-true lucky number with its 13 songs, and, like all BSC releases, features songwriting contributions from each member. The result is a modern and meaty blues-based rock album, with unexpected sonic twists like punchy horn sections, barrelhouse pianos, Southern gospel organ, atmospheric synthesizer passages, and forays into funk and country.
The title track melds brawny blues riffage with BSC’s most telepathic ensemble playing, showcasing the group’s maturation as a unit without detracting from its Southern, hard rock wallop.  The album also packs some satisfyingly surprising moments.  “Carry Me On Down The Road” is a sleek slice of pure 1970s American rock n’ roll—something you would hear blaring out of a 1972 Chevy El Camino. “James Brown” offers forth some stanky swamp-funk, replete with wah-wah guitars and gospel girl vocals. “Bad Habit,” however, dripping sensual innuendo hammered home by a horny groove-rock beat, delivers some prime hooky and heavy BSC.
One Family Tree centerpiece is the rustically elegant “My Last Breath,” a sweetly downhome ode to the unbreakable bonds of family. The song’s goose bump-inducing call and response male and female vocal breakdown is one of those musical moments where light just shines through the speakers and you know everything is going to be alright.
Two special guests bring Family Tree full circle, one being Chris’ 5 year-old son singing backup on the brawny swaggering “You Got The Blues,” and the other being jam band icon Warren Haynes’ vocal and guitar cameo on the delta stomp of “Dancing In The Rain.” The band first met Warren 17 years ago when they first came to New York to showcase for their new label. “I remember coming to New York when we first were signed, and hearing Warren’s voice behind me the minute my feet hit the street,” recalls bassist Jon Lawhon. “Hearing him play on this track all these years later gave me chills.”
Having Warren guest on the album was a wonderful gesture of “you’re in the family now.”  It was truly a validation of all the miles the band has clocked on tour, and the dues the guys have paid being away from home.  “It’s amazing to me how four good old boys from nowhere Kentucky can still be around 17 years later,” singer/guitarist Chris Robertson says. Ben Wells concludes: “I don’t remember how life was outside of Black Stone Cherry. The four of us are family.”

Stocking Up on the Essentials in Time for the Holidays

Love Belfast - December 6, 2021 0
It seems like Christmas rolls around sooner every year. With so much to plan for in order to ensure it all goes off without...