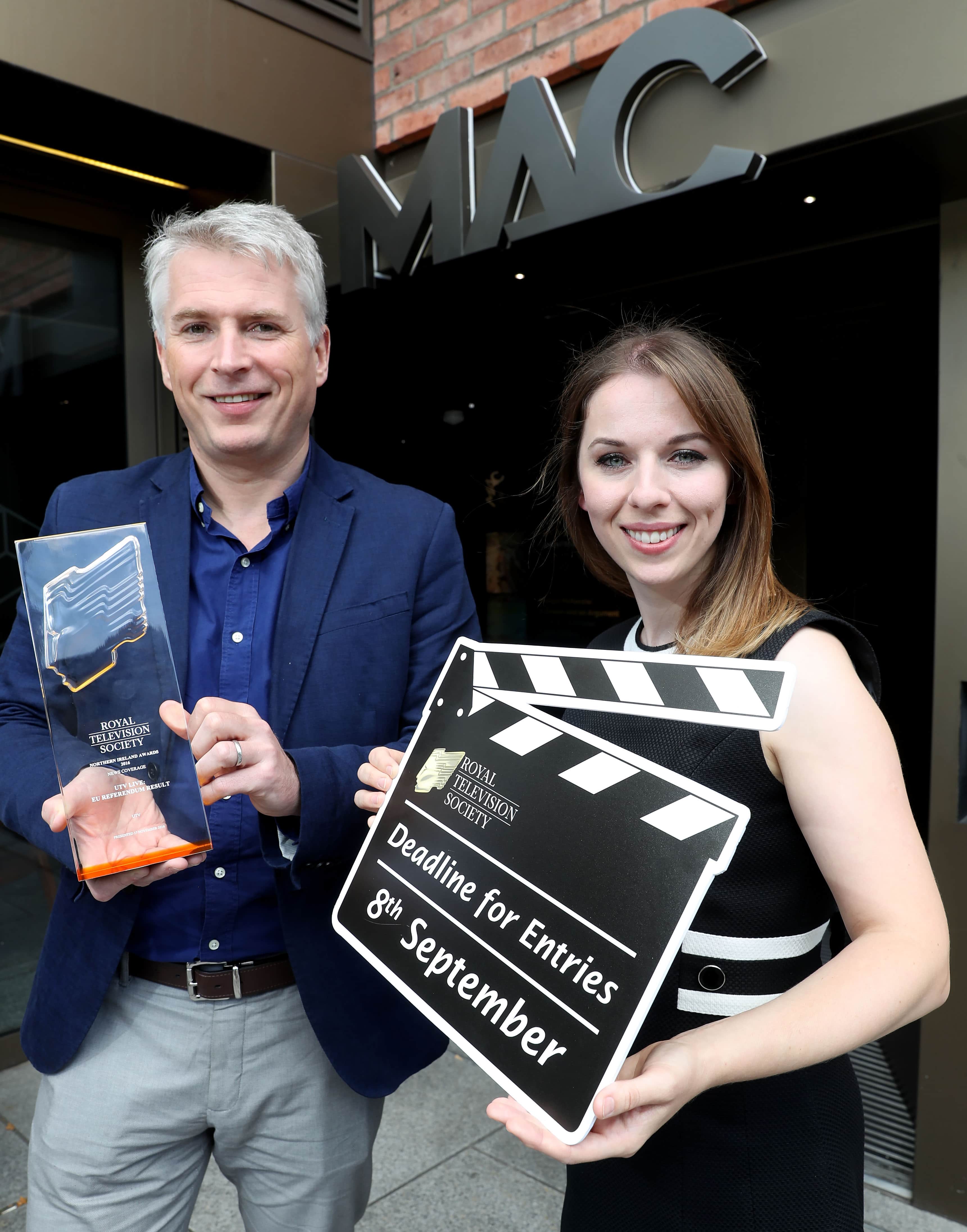 RTS NI Chairs Steve Carson and Sarah McCaffrey are pictured highlighting the closing date for entries to this year’s awards which is this Friday (8th September), 2017.

“We have seen some fantastic entries come through so far and we hope to see lots more this week. The judges will have a difficult task ahead of them as this year’s awards look set to be the most competitive ever. The winners will be announced at our special awards ceremony at the Mac, Belfast on Thursday 16 November.”

“2017 will see three new categories for gaming, original music score and a new factual sub-category to reflect the strength of this vibrant growth sector of our economy.

Applications for entries to this year’s Awards are available until Friday 8th September from https://rts.org.uk/region/northern-ireland/awards

The RTS has partnered with BBC Northern Ireland, Northern Ireland Screen, Channel 4 and UTV for these prestigious awards which celebrate the achievements of the creative industries.

Cahoots welcomes you to ‘The Grimm Hotel’