A local family from Ballyclare have had their weekly food shop made considerably easier with the arrival of a specialist triplet trolley for 20-month-old Charly, Lexy and Freddy at Asda Ballyclare for use during their trips instore.

Phil McCrea, Chilled Section Leader at Asda Ballyclare, helped arrange for the custom trolley to be delivered instore after mum, Barbara-Anne McMullan, enquired about a larger trolley to take the stress out of shopping trips with her triplets.

Barbara-Anne said, “I couldn’t really shop instore before as it always required two adults – one for the trolley and one for the pram. In the past, I had to shop online, which is really handy, but it’s great to be able to get out and about with the triplets – especially when it comes to food shopping, so I can browse the store for new foods they might like, and to get inspiration for family meals.

“In the past, I have tried to take shopping trips with the girls in a double-seated trolley, and Freddy riding up front, however, it ended in a few bruises and a near-miss catastrophe when he jumped out head first! So, the triplet trolley is a game-changer!”

The triplets were born at 32 weeks on 17th November 2016, with Barbara-Anne using a recent bag-pack at Asda Ballyclare to raise money for the Neonatal Unit in Antrim Area Hospital – which, combined with two other fundraising events, raised £17k.

Asda Ballyclare colleague, Phil McCrea, added, “My wife and I follow Barbara-Anne’s social media as we have 18-month old twins, Ivy and Ethan – with our children also having received treatment at Antrim Area Hospital.

“When I heard about Barbara-Anne’s request to bring a triplet trolley to Asda Ballyclare, I thought it was a great idea! I know how busy it can be trying to do a weekly shop with young kids – and already we have seen some encouraging feedback from families with a similar set-up to Barbara-Anne’s and our own.”

Dawn Wilson, Asda Ballyclare Community Champion, said, “Barbara-Anne’s triplets clearly love to meet new people, and are very sociable – so I am delighted that our store has been able to make their trips instore safer and more enjoyable.

“The family are over the moon we went the extra mile for then, and I hope that the triplets – and also other local families – enjoy using the new trolley on upcoming visits.”

Families in NI who would benefit from a similar trolley can make a request with customer service colleagues at their local Asda store. The trolleys take approximately six weeks to arrive in-store and are only available in Asda stores without travellators. 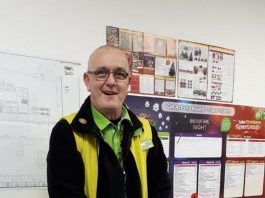 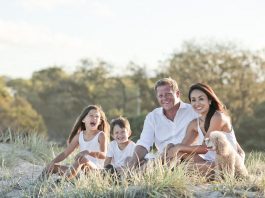 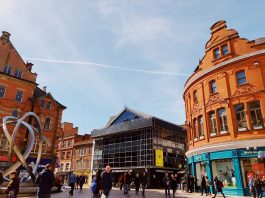 How is Belfast Taking Advantage of the Thriving eCommerce and Online...