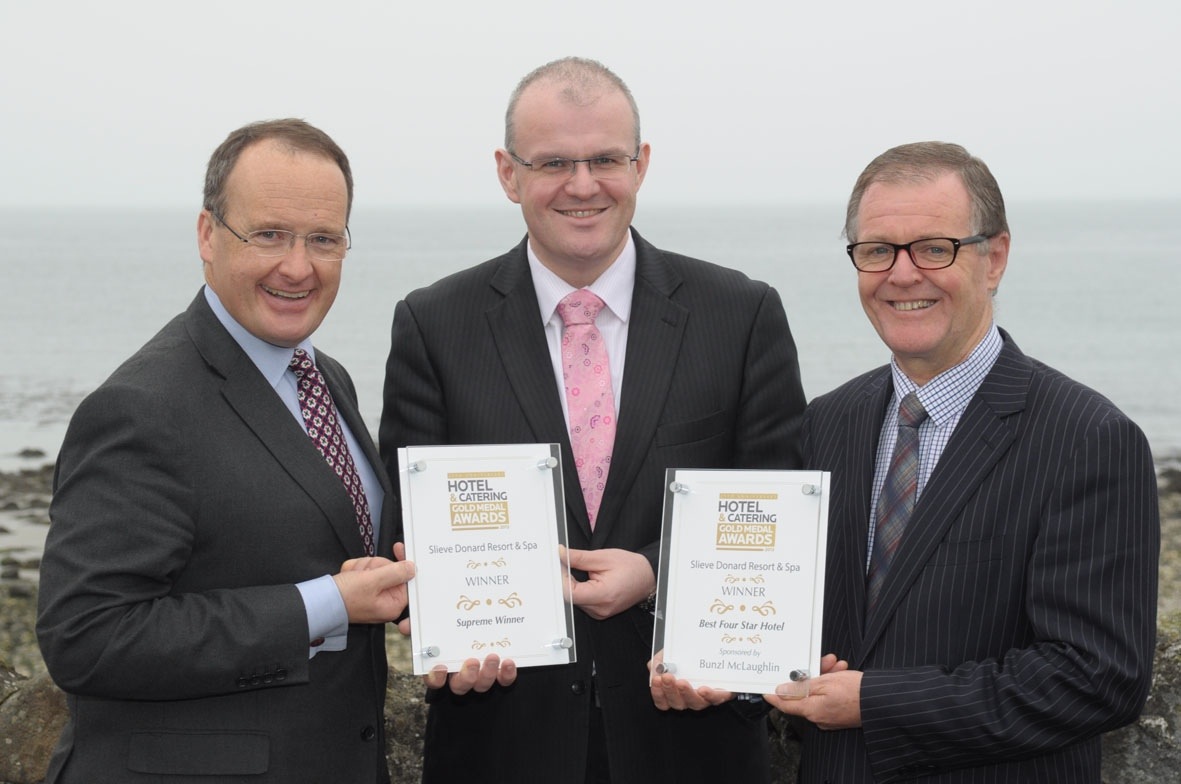 NORTHERN Ireland’s Slieve Donard Resort & Spa in Newcastle is celebrating after it was crowned the supreme winner of Irish hospitality at the glittering Hotel & Catering Review Gold Medal Awards ceremony in Dublin this week.
The stunning 4-star resort, part of Hastings Hotels, took the top honour at the prestigious 25th Annual Gold Medal Awards. Judged by industry experts, the independent awards recognise and reward excellence in hotels, guesthouses, restaurants, spas, clubs and catering operations across the island of Ireland.

Howard Hastings, Managing Director of Hastings Hotels said: “We are absolutely delighted to have won two prestigious awards including the Gold Medal Award for Excellence which is the highest honour in Ireland’s hospitality industry. We are the first hotel in Northern Ireland to have been bestowed this honour, which is not only a fantastic testament to the hard work and dedication of all the staff at the Slieve Donard Resort & Spa, but a tribute to the shining star that is the Northern Ireland tourism industry which has had an incredible time, especially over the last couple of years.”

Janice Gault, Chief Executive of the Northern Ireland Hotels Federation said: “It is great to see local hotels winning such prestigious awards. The Hastings Hotels group has invested heavily in their properties over the years and it is good to see the company get recognition for their commitment to the Slieve Donard. The hotel has been transformed in recent years with the addition of a superb spa and new bedroom stock. To win the overall award for excellence and the four star category is a great accolade.”

Now in its 25th year, The Hotel & Catering Review Gold Medal Awards are intensively competitive drawing entries from hundreds of hotels, restaurants, guesthouses, spas, clubs and catering businesses from across Ireland. Each entrant is rigorously assessed by members of the Gold Medal Awards jury who travelled over 20,000 kilometres across the island this summer to search for Ireland greatest purveyors of hospitality.