AN unprecedented EIGHT Stena Line ferries operating on the Irish Sea have received the prestigious Jones F. Devlin Award from the Chamber of Shipping of America (CSA), acknowledging the skills and dedication of the men and women responsible for safe vessel operations.

According to the CSA, the Jones F. Devlin Awards publicly recognise ‘outstanding achievement’, exemplifying ‘devotion to duty and to the principles of maritime safety, which is worthy of the highest commendation.”

This year, eight Stena Line ferries on the Irish Sea, along with a ninth ship operating on the Gdynia to Karlskrona route have been recognised for operating between two and five consecutive years without a lost-time accident.

The awarded ferries, including six that operate on Irish Sea North out of Belfast, are:

Bjarne Koitrand, Technical Operations Director at Stena Line said:  “Safety for our passengers and employees always comes first at Stena Line, and forms a very important part of the Stena Line Group’s strategy for a sustainable future.  This achievement reaffirms the positive trend we have seen in the Lost-Time-Injury-Frequency during the last years.”

“For a ship to operate for three consecutive years without a single lost time accident is a fantastic achievement – for eight of our Irish Sea fleet to pick up this award is truly remarkable,” said Mr Grant.  “We really couldn’t be more proud of all our colleagues on the Irish Sea.”

Stena Line is the largest ferry operator on the Irish Sea, offering the biggest fleet and the widest choice of routes between Ireland and Britain, including Belfast to Cairnryan, Belfast to Liverpool, Belfast to Heysham, Dublin to Holyhead and Rosslare to Fishguard.

A total of 232 weekly sailings operate between Ireland and Britain, while Stena Line also offers a direct service from Rosslare to Cherbourg with three return crossings a week.

More information on the company’s sustainability overview “A Sustainable Journey” can be viewed at www.stenaline.com/en-GB-corp/our-sustainable-journey. 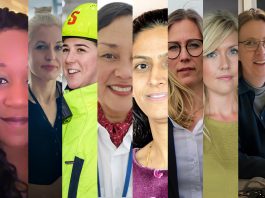 Stena Line aims to become the most diverse shipping company in... 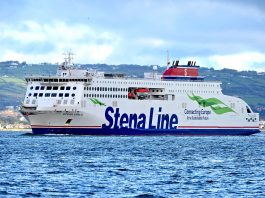 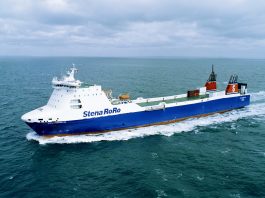