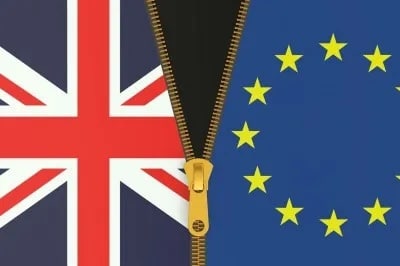 “NIBBWG, a collaboration of 14 industry bodies, take note of the recent publications from the U.K. and the EU on the Ireland/Northern Ireland Protocol.

“The Protocol has impacted us all in different ways but we remain firmly committed to an agreed outcome that delivers stability, certainty, simplicity and affordability. It is important to acknowledge that despite the challenges since the Protocol and the Trade and Cooperation Agreement entered into force, our exports have grown considerably and standstill arrangements have helped simplify the movement of consumer goods to Northern Ireland.

“We have always been clear that the full implementation of obligations under the Protocol was going to present great challenges. As early as June 2020, in our first joint report, we articulated that derogations, mitigations and compensations were required in order to make the Protocol function. This message was repeated to the UK and EU officials throughout the transition period and beyond. It is therefore a matter of deep regret that the events of this week have come to pass.

“We have taken time to study the UK’s bill, the EU’s response and its non-papers on SPS and customs. On the bill, for key agrifood sub-sectors and exporters, there are significant concerns about the introduction of an all-encompassing dual regulatory regime.

“There is much to be explored in the respective UK green/red lane and EU express lane proposals, not least for consumer-facing supply chains which need solutions to regulatory divergence as well as simplified bureaucracy. However, that can only be progressed through a meaningful engagement process.

“On the EU response, we were particularly disappointed to see the regressive step on parcels.

“Unilateral action is not at our request, and in these times, the parties have a responsibility to reach an agreement with a sense of urgency. We need to see the UK and EU engage in substantive talks on resolving issues raised by stakeholders in Northern Ireland.

“We also need the UK and the EU to engage with those stakeholders in finding workable solutions. We remain confident an agreed way forward can be found but that starts by putting Northern Ireland, its people and its business at the centre of the debate.”

NI CHAMBER PRESIDENT CALLS FOR AN EXECUTIVE THAT “FOCUSES ON WHAT THEY CAN AGREE ON, RATHER THAN ON WHAT DIVIDES THEM”