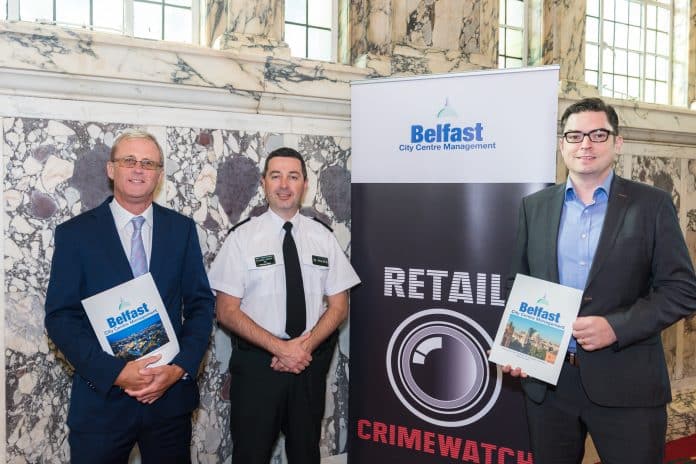 Over 400 retailers have signed up to become members of Retail Crimewatch. As part of the crime reduction project, each month, members receive images of individuals from across Northern Ireland who already have a number of convictions for shoplifting.

Members of the Retail Crimewatch scheme can issue an Exclusion Order to any individual found committing theft, attempting to commit theft or going equipped for theft.  The Exclusion Order advises the offender that from the date the order is issued, the individual is no longer permitted to enter the retailer’s premises, or any other business that is a member of the scheme, for a period of 12 months. 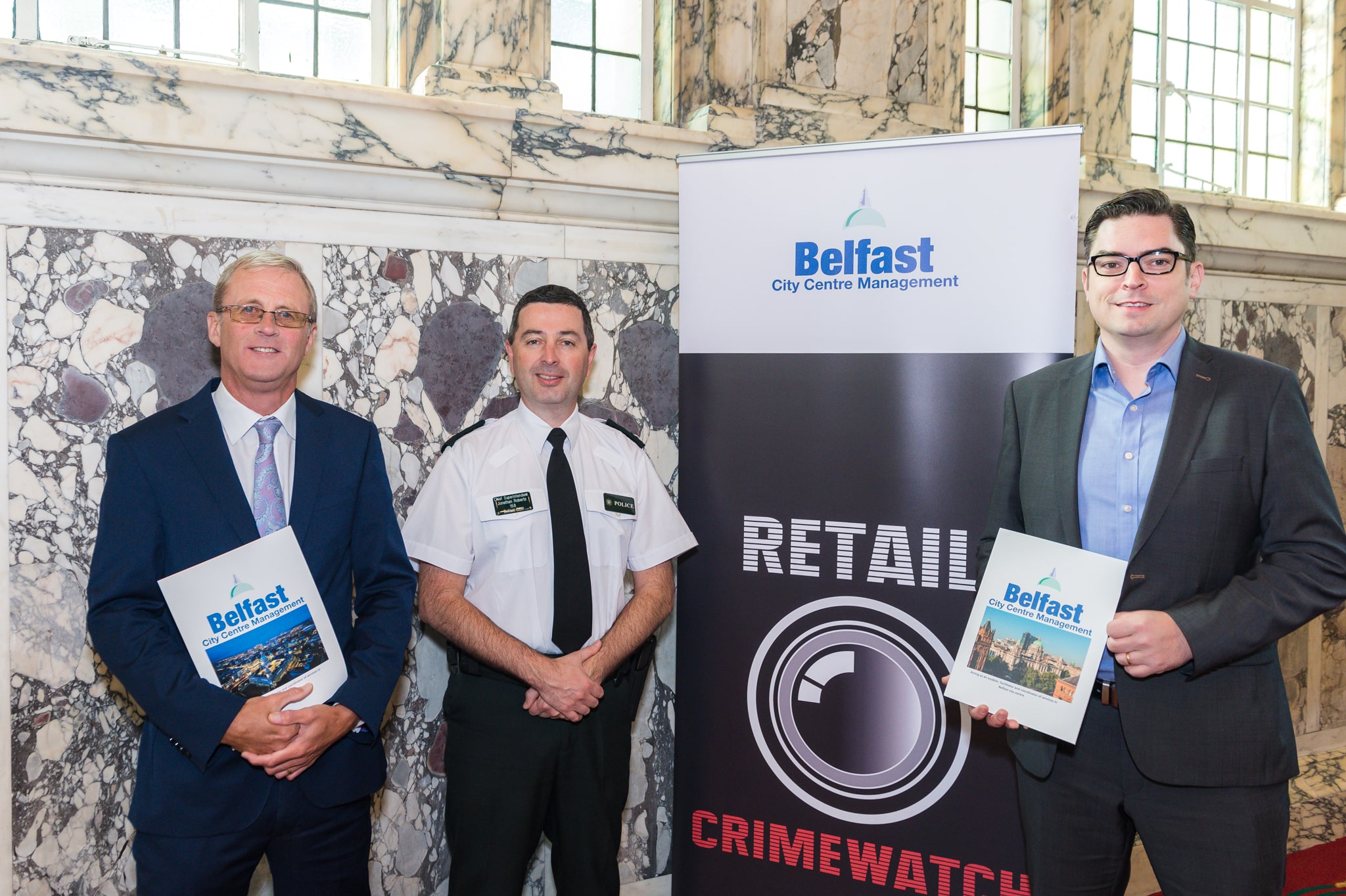 “We are celebrating two significant milestones in the Retail Crimewatch scheme. We have gone digital which not only allows images to be distributed faster and more securely within a live environment from the PSNI, but it also allows BCCM to bring more users from different policing districts on to the system.  This in turn means that more images of offenders can be circulated, which increases the potential for crime reduction.”

Andrew adds: “The second milestone that we are celebrating is the successful implementation of the Flagging System.  BCCM in partnership with the PSNI and the Public Prosecution Service spent some time exploring ways to escalate penalties served on prolific offenders. This led to the creation of a ‘flag system’, which works by highlighting to police officers, where an individual has been detained for shoplifting and an ‘excluded flag’ has been created against their name. If someone with an ‘excluded flag’ commits a further theft from a member store, it will be mentioned in any prosecution as an aggravating factor and consideration should be given by the Public Prosecution Service to have the excluded person tried on indictment for burglary.

These two developments have undoubtedly enhanced the efficiency of the Retail Crimewatch scheme, which is one of the only business crime partnerships across the UK actively pursuing burglary convictions for its members.”

“The retail community plays an important role in our society, creating meaningful employment for thousands of people.  Retail crime can cost businesses thousands of pounds, impact on sustainability and ultimately put jobs at risk.  That’s why we must tackle it.  By working in partnership with Retail Crimewatch and the PSNI, we have introduced a mechanism to address retailers concerns around prolific offending.  Retail Crimewatch’s new Flagging System is designed to provide a mechanism that enables the judiciary to deal proportionately with those who seek to consistently engage in retail crime.”

“Retail Crimewatch has become a valuable partnership between police, the business and retail sector which helps us to collectively address the challenges which we face in making Belfast a safe and prosperous city.

“What initially began as an initiative offering training sessions for retail staff and management on how to prevent business and retail crime, has now evolved into its current form, utilising digital technology to ensure we can quickly communicate and share information with each other about prolific and repeat offenders.

“The scheme is delivering tangible, measurable results. To date, there have been 42 successful convictions resulting in 20 custodial sentences for burglary involving prolific offenders, helping to create a safer environment for staff, customers and the public. We look forward to continuing this work with Belfast City Centre Management and our partners in the business and retail sectors as we seek out ways to develop this important service which helps prevent crime and keep people safe and I would encourage all businesses to consider joining the scheme.”

Stand Up for Integrated Education