The 2019 fonaCAB Ulster Grand Prix is set to raffle a brand new Hyundai i10 car worth over £8,000, at this year’s event. Tickets will cost just £10 and go on sale today, July 2, on the official  https://ulstergrandprix.net/  website.

The i10 is being supplied by Daly’s Hyundai, Belfast, the official vehicle partner of the Ulster Grand Prix.

The draw for the i10’s winning ticket will take place at 10am on August 10, the main race day of this year’s Dundrod event. 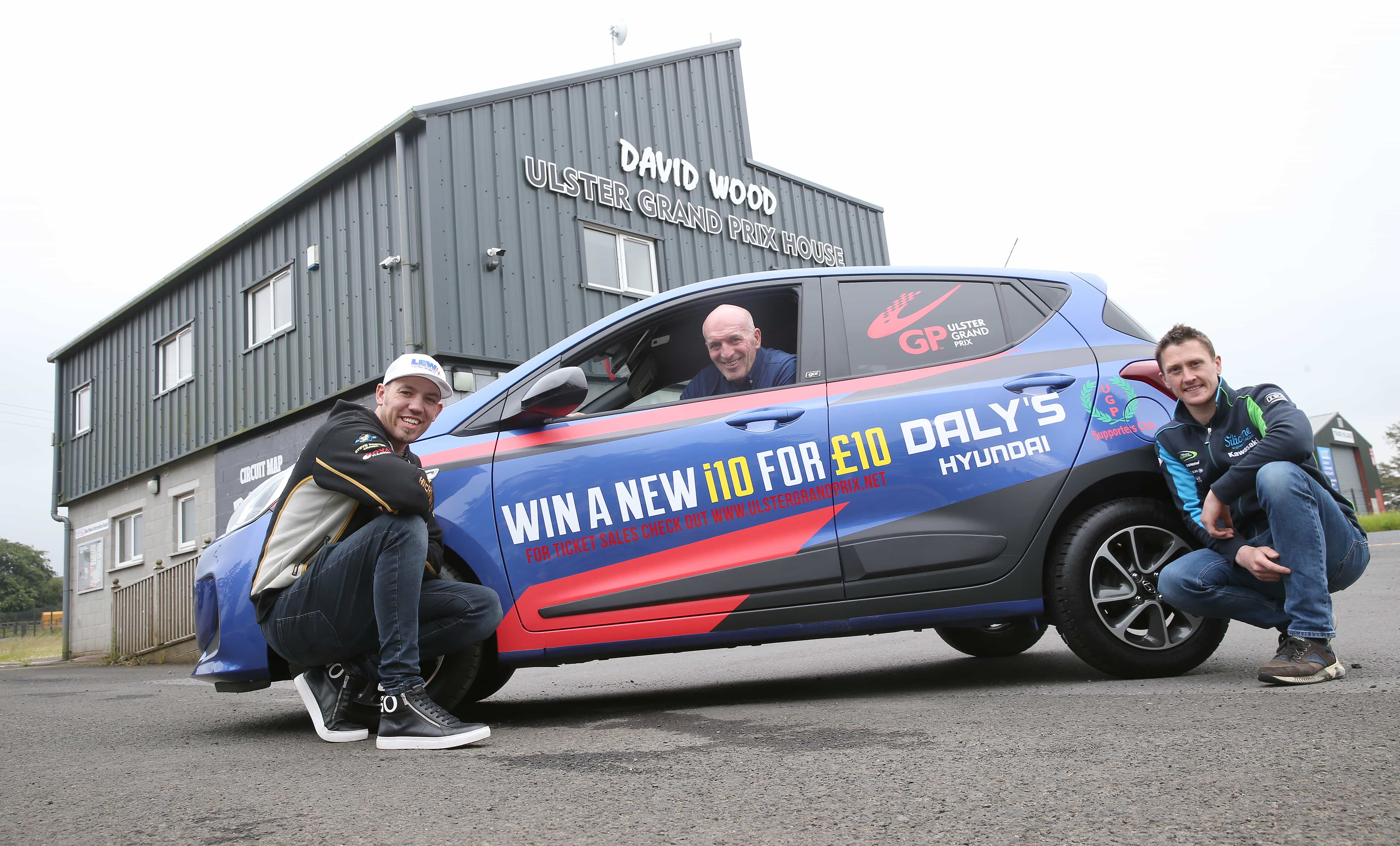 “The costs of staging a meeting like the Ulster Grand Prix are always increasing and as the race organisers we are constantly seeking ways to raise funds.’ UGP Clerk of the Course, Noel Johnston said.

“We are very grateful to Daly’s Hyundai for all the support they are providing in offering race fans the chance of winning a new car for just £10. Daly’s will also supply the official course cars for the event.”

“Daly’s Hyundai are delighted to be involved with the Ulster Grand Prix once again.” Sales manager, Kevin Daly said. The Daly family previously lived on the famous Dundrod circuit and, as race fans, are totally committed to supporting the event.

“2018 was our first year as official vehicle sponsor and it was a huge success for us.” Kevin said.

“We had a lot of exposure for our cars and a great response so we are back for a second year with eight course vehicles and are looking forward to meeting the new owner of the i10 on August 10.”

10 things to do in Northern Ireland

Love Belfast - December 1, 2021 0
There is a lot of money to be made in online casinos, and the best part is that you don't need any prior experience...

Love Belfast - December 2, 2021 0
Bridging loans are usually short-term retail loans that are used for financing non-routine expenses, such as the renovation of your house or buying a...

Love Belfast - December 6, 2021 0
Bitcoin is breaking new rate records again. Its price has reached dramatic heights recently. Traders from all over the globe face a dilemma on...