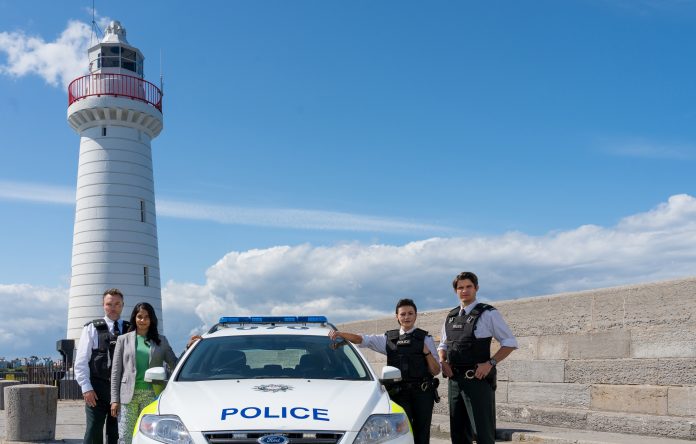 Have you been inspired by Kenneth Branagh’s Belfast and his subsequent Oscar success? Were you blown away by Lisa McGee’s Derry Girls? Have you always thought about writing a film/TV script? Don’t know what to do with a script you have already written? Northern Ireland Screen is now accepting scripts for its New Writer Focus Scheme, this could be your opportunity to help get that script one step closer to the screen!

New Writer Focus is a script development scheme open to Northern Ireland writers new to feature film and long-form drama.  What are we looking for? We want compelling stories with a unique or fresh perspective, ambitious authored voices and stories with strong character journeys. Scripts can range from art-house to commercial and we will accept feature films, long-form drama projects or sit-coms. Projects need not be limited by budget or genre. You have until midnight on Monday 1st August to submit a first draft of the script you wish to develop.

New Writer Focus has been running from 2015 with a call for scripts going out annually. Very few producers accept unsolicited scripts so unsurprisingly the scheme is incredibly popular with 80 – 120 submissions per year.

Scripts that have come through New Writer Focus in the past include Mark McNally’s Land of Saints and Sinners which is currently in production in Donegal and stars Liam Neeson and Ciarán Hinds. Kevin Fitzpatrick’s script The Last Rifleman is due to go into production later this year and will star Pierce Brosnan.

A Bump Along the Way written by Tess McGowan and starring Bronagh Gallagher and Lola Petticrew had its international premiere at the Toronto International Film Festival. It was released in cinemas in 2019 and was nominated for Best Film at the IFTAs. The film continues to charm audiences today, streaming on demand across a host of major platforms.

Tess McGowan said; “I can’t overestimate what a game-changing opportunity New Writer Focus is for unestablished screenwriters. You get 8 months of top-notch script development from professionals as well as from fellow writers. You’re not just sharpening your own script, but honing your storytelling chops by feeding back on other people’s work too. It’s a hard industry to crack into, especially for writers. New Writer Focus was a delightful path in for me. I applied on a whim with the first draft of A Bump Along the Way in 2017. Two years later, I was watching the film at Toronto International Film Festival. If you meet the criteria and have a script, you’d be mad not to apply.”

Richard Williams, Chief Executive of Northern Ireland Screen, said; “Northern Ireland is bursting with creative talent and we want to help aspiring screenwriters find their way into the industry. We have discovered lots of talented writers to date and we’re confident that there are many more out there. We can’t wait to see what scripts are submitted this year.”

Up to four scripts will be selected to undergo eight months of development from September 2022 to March 2023. The development process includes writers’ rooms, individual project and writer development, development seminars and networking opportunities.

Many of the writers who have come through the scheme have gone on to do great things; Ciaran Bartlett is now a writer on the sequel-reboot series of BBC Three’s Bad Education and he also has a development slate with BBC Studios.  Aislinn Clarke went on to write two feature films; The Devils’ Doorway and Doineann. Susanne Farrell went on to write Dirty God and is the showrunner on BBC Daytime and BritBox drama Hope Street.

Full details of how to apply can be found on the Northern Ireland Screen website at www.northernirelandscreen.co.uk/funding/new-writer-focus-2022-2023.

What’s next for Bay Bridge after coming up short at Royal Ascot?