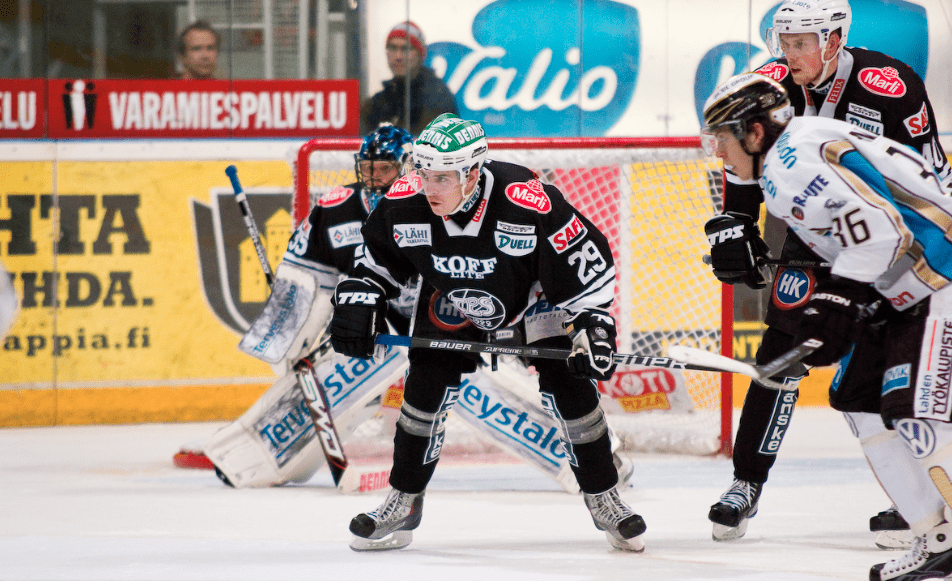 The Stena Line Belfast Giants are pleased to announce the signing of Mike Radja for the 2015/16 Elite League season. The American’s signing completes the Giants roster for the 2015/16 roster with the team taking to the ice for the first time on Monday morning in Dundonald as training camp got underway.
The 6’0” forward with a left shot will add firepower upfront for the Giants, posting an average of over one point per game since the 2011/12 season. Radja, 30, arrives in Belfast following three seasons spent in the Asia League – two with the Nippon Paper Cranes, where he won the Asia Championship, as well as last season with High1 & posting 72 goals and 88 assists in that time.
Radja graduated from the University of New Hampshire in 2008, where he was an NCAA East and Hockey East First All-Star. He split the 2008/09 season between the ECHL’s Fresno Falcons and the Rockford IceHogs before moving to Finland to play for TPS in 2009. The remainder of Mike’s 2009/10 season was in the AHL with Syracuse and Bridgeport before playing 2010/11 in the DEL with Augsburger Panther.
The 2011/12 season, before his move to Asia, saw Radja post 34 goals and 25 assists, good for 59 points in 56 games with the Elmira Jackals with the forward then being called up to the AHL with Binghamton, Peoria and Houston.
Steve Thornton on the signing of Mike Radja:
“All reports on Mike says that he is a goalscorer – when he gets chances, he scores and he has done it in great leagues. He’s played in Japan and done extremely well – being one of the top goalscorers in that league. We saw last season with what Mike Kompon brought to this team coming from Japan.”
“We’ve given ourselves another creative forward who can help our production and we now have a good number of guys who can put pretty good numbers on the board – especially in those tight games which is just so important.”
Share
Tweet
WhatsApp
Share
Email
Pin
Share
Facebook
Twitter
WhatsApp
Linkedin
Previous articleDesign A T-Shirt For The Belfast Giants With Kukri Sports!
Next articleStreetwise Community Circus presents … The Wedding Presence