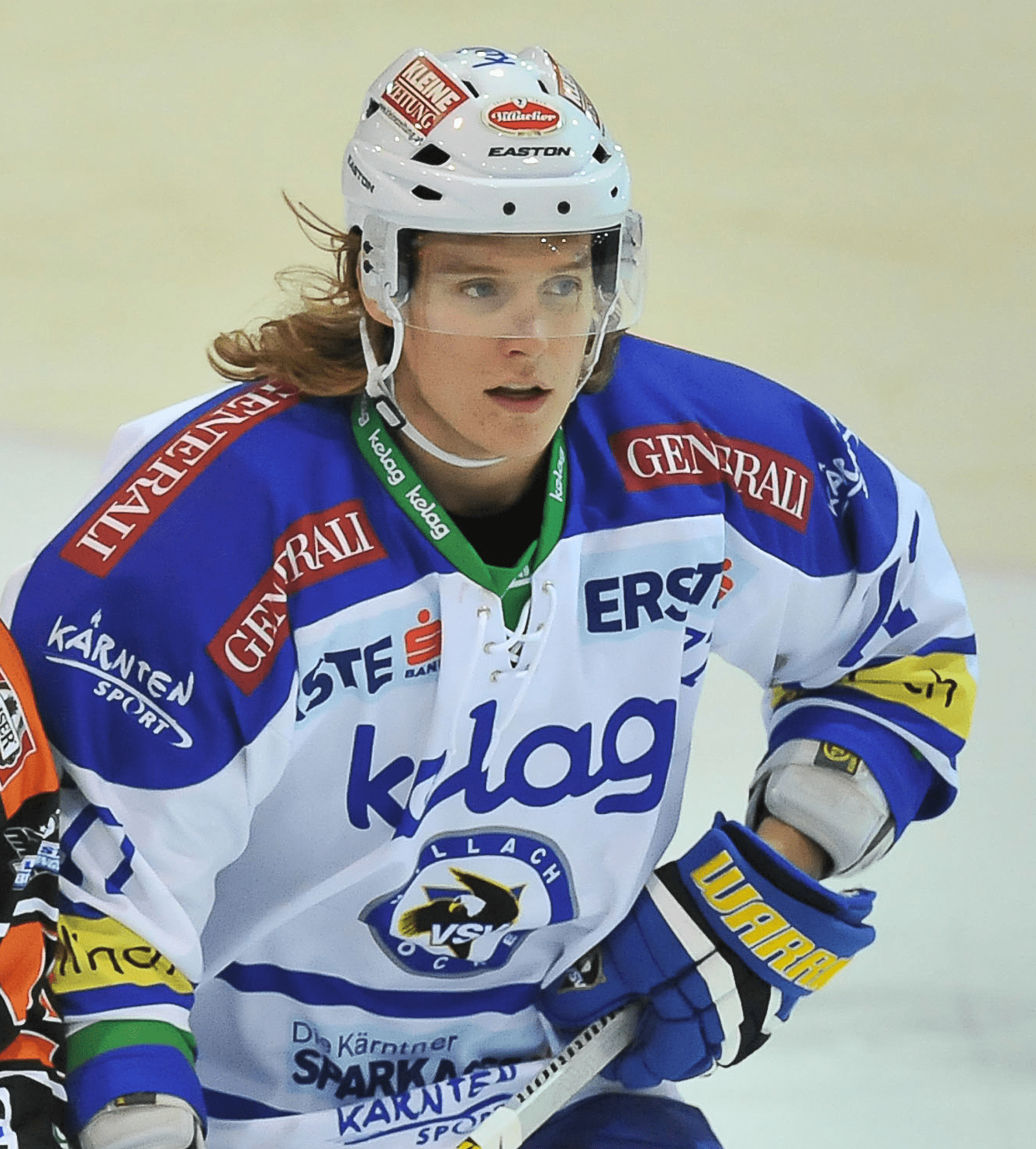 The Stena Line Belfast Giants are pleased to announce the signing of Mike Forney. The 6’2” forward arrives straight from rivals, the Sheffield Steelers, after finishing the 2014/15 season as an Elite League champion, helping his side to the title with 43 goals and 44 assists, good for 87 points in 69 games played as well as a place in the first All-Star team.
The 27 year old was drafted 80th overall in the 2006 NHL Draft by the Atlanta Thrashers and spent his time in college hockey with the University of North Dakota, before playing 253 games and posting 222 points overall in the ECHL for the Colorado Eagles, where he was named in the league’s first All-Star team, and the Gwinnett Gladiators, linking up with Chris Higgins.
Forney, from Minnesota in the United States of America, spent the 2013/14 season in Europe with Villacher of Austria as well as Norway’s Sparta Sarpsborg before joining the Elite League in 2014.
Steve Thornton speaking on his signing of Mike Forney,
“Mike led our league in goals last season – something we were lacking. Forney makes his line-mates better – helping make his line the best in last season’s Elite League. He is strong on face-offs and was a first team all-star in both the Elite League as well as the ECHL. Mike is a game breaker and I am excited to have him in Belfast.”

The @BelfastGiants roster is shaping up nicely. Roll on next season. #silverware

"Forney makes his line-mates better, is a game breaker & I am excited to have him in Belfast”
– Steve Thorntonhttp://t.co/L0h4KdgSx6