Home Sport Ulster Grand Prix MCADOO KAWASAKI’S ADAM MCLEAN IS A NAME TO WATCH AT THE 2019...

With a strong line-up of exciting young riders aboard top class machinery on the grid of the 2019 fonaCAB International North West 200 in association with Nicholl Oils, the future of the North coast event looks bright. 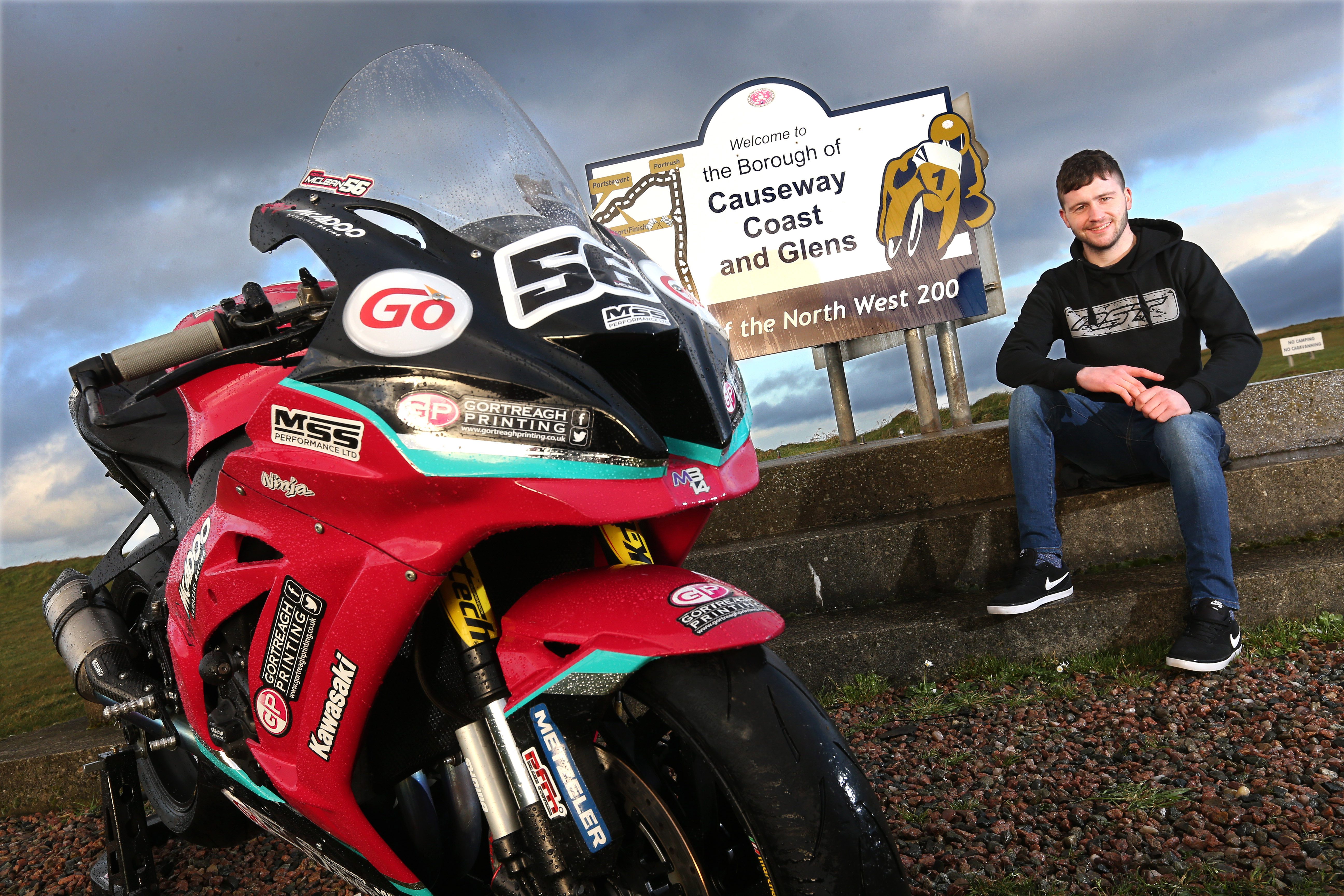 Davey Todd, Dominic Herbertson, Paul Jordan and Daley Mathison have all made a big impression on the roads scene in the last few seasons. Northern Ireland’s Adam McLean is another youngster who has established himself as a rider to watch during May 12-18 race week.

The Tobermore racer, who will campaign McAdoo Kawasakis in all of the classes at Portrush this year, will be hoping for better fortune this time around than he experienced twelve months ago.

‘I had no luck at last year’s North West.’ the 22 year old explained.

‘I only finished one race, taking a fourth place in the first Supertwin event.’

McLean also suffered a heavy fall from his Hanna ER6 Kawasaki when he clipped a kerb on the exit of Juniper Hill chicane during the final qualifying session.

‘I was going for a fast lap and was in pole position at the time.’ he recalls ruefully.

McLean’s pace is not in doubt. He mixed it up at the front with Alastair Seeley and the Dunlop brothers, Michael and William, before eventually settling for 4th in the Saturday Supersport race at Portrush two years ago. That impressive result helped secure his ride with the manufacturer supported Kawasaki squad owned by Cookstown father and son duo, Winston and Jason McAdoo.

‘I’ve shown I have the pace for some decent results.’ McLean says.

‘I just need to bring it altogether to get some solid results.’

During 2018 he was a regular podium finisher in the Supersport races at the Irish National events but the young Tobermore racer faced his biggest challenge after his McAdoo teammate, James Cowton, lost his life in a crash at last year’s Southern 100 on the Isle of Man.

‘I felt really down after what happened to James.’ McLean explains who was competing in the same race when the accident happened.

‘But I wanted to race on and at the Ulster Grand Prix I put the visor down and rode the best that I’ve done in my career.’

That determination produced a Dundrod victory in the Supertwins race aboard Roy Hanna’s ER6 Kawasaki, McLean’s first international road race win. He followed that up with 2nd and 4th  place finishes in the two Supersport races.

If he can produce that sort of form on the 8.9 mile Triangle circuit come May, the Tobermore youngster looks certain to be amongst the leading group in the Twins and 600cc NW200 races. McLean admits he still has work to do though if he is to be on the pace of the frontrunners in the big bike events.

‘I am still learning my way around the ZX10RR superbike.’ he explained.

‘At the minute it is really taking me for a sail! But my priority is to get lots of miles in during testing and to learn. I know it can take two to three years to get to grips with a superbike. I’m not panicking.’

Love Belfast - December 2, 2021 0
More than 2,000 pupils from over 100 schools right across Northern Ireland have taken part in an initiative designed to help give children their...

Love Belfast - November 30, 2021 0
A 9-year-old schoolgirl has had a taste of political life in Belfast after becoming the city’s Lord Mayor for one day only.

December 6, 2021
Home » MCADOO KAWASAKI’S ADAM MCLEAN IS A NAME TO WATCH AT THE 2019 fonaCAB INTERNATIONAL NORTH WEST 200 IN ASSOCIATION WITH NICHOLL OILS