Lauren McGivern set to take on 13.2-mile race in aid of Air Ambulance Northern Ireland, the charity for the service that saved her life

On 25th March 2018, 21-year-old Crumlin woman Lauren McGivern got out of bed in the early morning to leave her boyfriend to work. By 6.30am, her whole life had changed after a major road traffic collision.

Lauren’s boyfriend sadly passed away in the collision and Lauren suffered a brain injury and a broken pelvis. She was told by doctors that she would never walk again but she has made a remarkable recovery and is taking part in the Deep RiverRock Belfast City Half Marathon on 22nd September 2019, her first half marathon ever.

Lauren, now 22, is running to raise money for Air Ambulance Northern Ireland (AANI), as she credits the service’s medical team for saving her life.

On that day in March, Lauren was driving around the familiar Nutt’s Corner in Crumlin and her car slid on a patch of black ice, sending both her and her boyfriend into a wall. The air ambulance medical team attended the scene, to treat Lauren.  Her injuries were so severe that the team carried out a pre hospital anaesthetic, commonly known as an induced coma.  Other critical care interventions were carried out before Lauren was transported to the Royal Victoria Hospital for on-going treatment and care.  Lauren had suffered multiple injuries including a bleed to her brain.  It was five days before she regained consciousness.

Because of her serious injuries following the accident, Lauren wasn’t allowed to walk and had to use a wheelchair when leaving the hospital. During her long recovery, Lauren worked with doctors and physios and eventually moved to crutches. She is now fully recovered and has taken up running, going to the gym four to five times a week to train for the Deep RiverRock Belfast City Half Marathon. 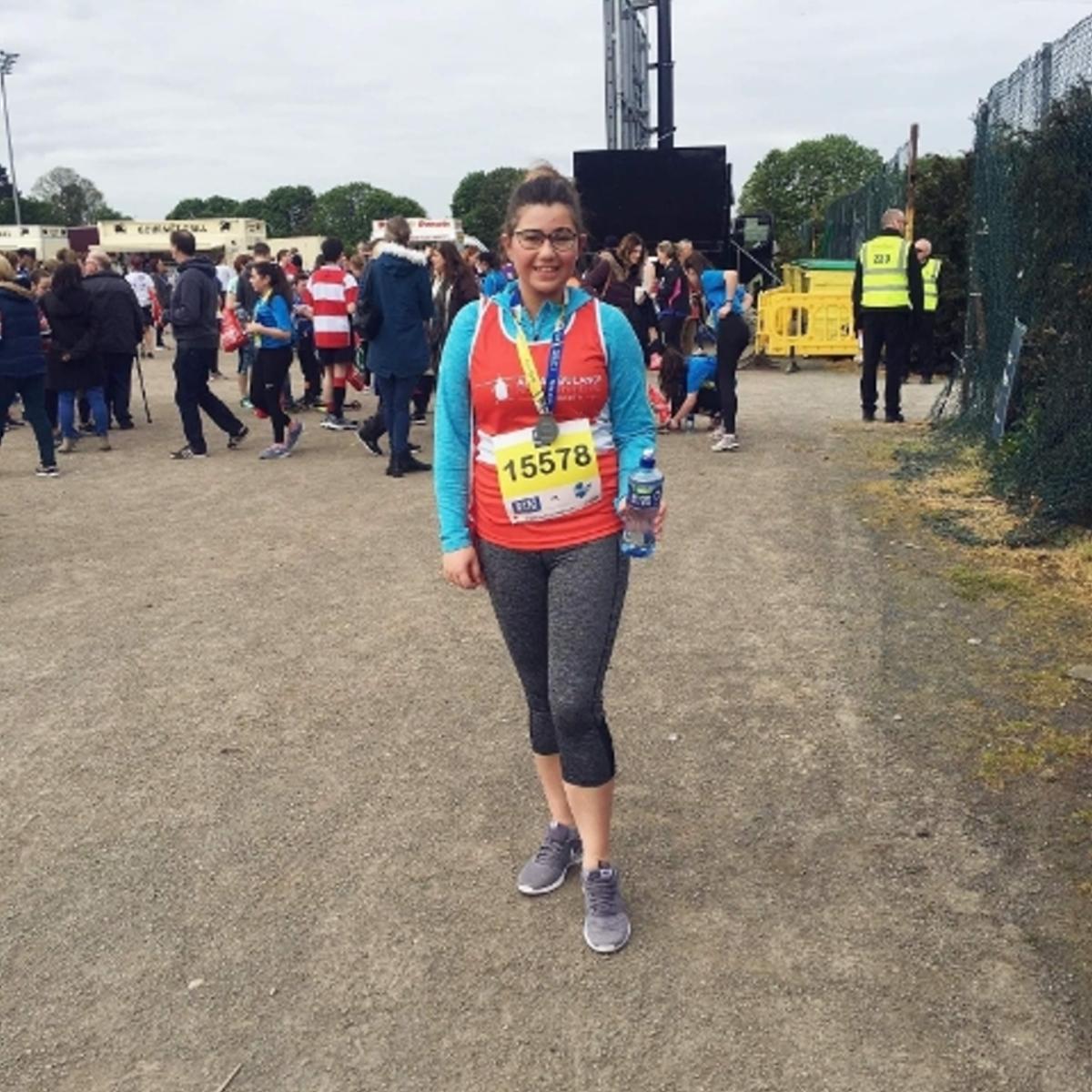 Lauren is running the race to raise awareness and funds for AANI, the charity, which in partnership with the Northern Ireland Ambulance Service (NIAS), provides the Helicopter Emergency Medical Service (HEMS) for the region and responds to seriously ill or injured patients 12 hours a day, 7 days per week.  AANI has been tasked to more than 886 taskings since its inception in July 2017.

Lauren said: “I knew of the air ambulance before the accident, but I never thought they would be helping me one day. I know that if they weren’t there, I wouldn’t be here today. I’m excited to get running and raise money for this amazing cause and to help other people who need desperate help like I did.”

Kerry Anderson, Head of Fundraising, AANI, added: “We are so proud of how far Lauren has come since the accident, and so grateful that she’s chosen us as her charity for the Deep RiverRock Belfast City Half Marathon.

“Our community depends on the air ambulance service; any one of us could need it, just like Lauren.  If everyone does what they can to support; it makes sustaining this service for future generations very achievable.  Our helicopter can get to any location in Northern Ireland in approximately 25 minutes and there is always a HEMS doctor and HEMS paramedic on board, so it’s a crucial asset in times of emergency. £2million is needed per year to keep this service running; so why not don your running shoes and go support Lauren and AANI on 22nd September at the Deep RiverRock Belfast City Half Marathon!” 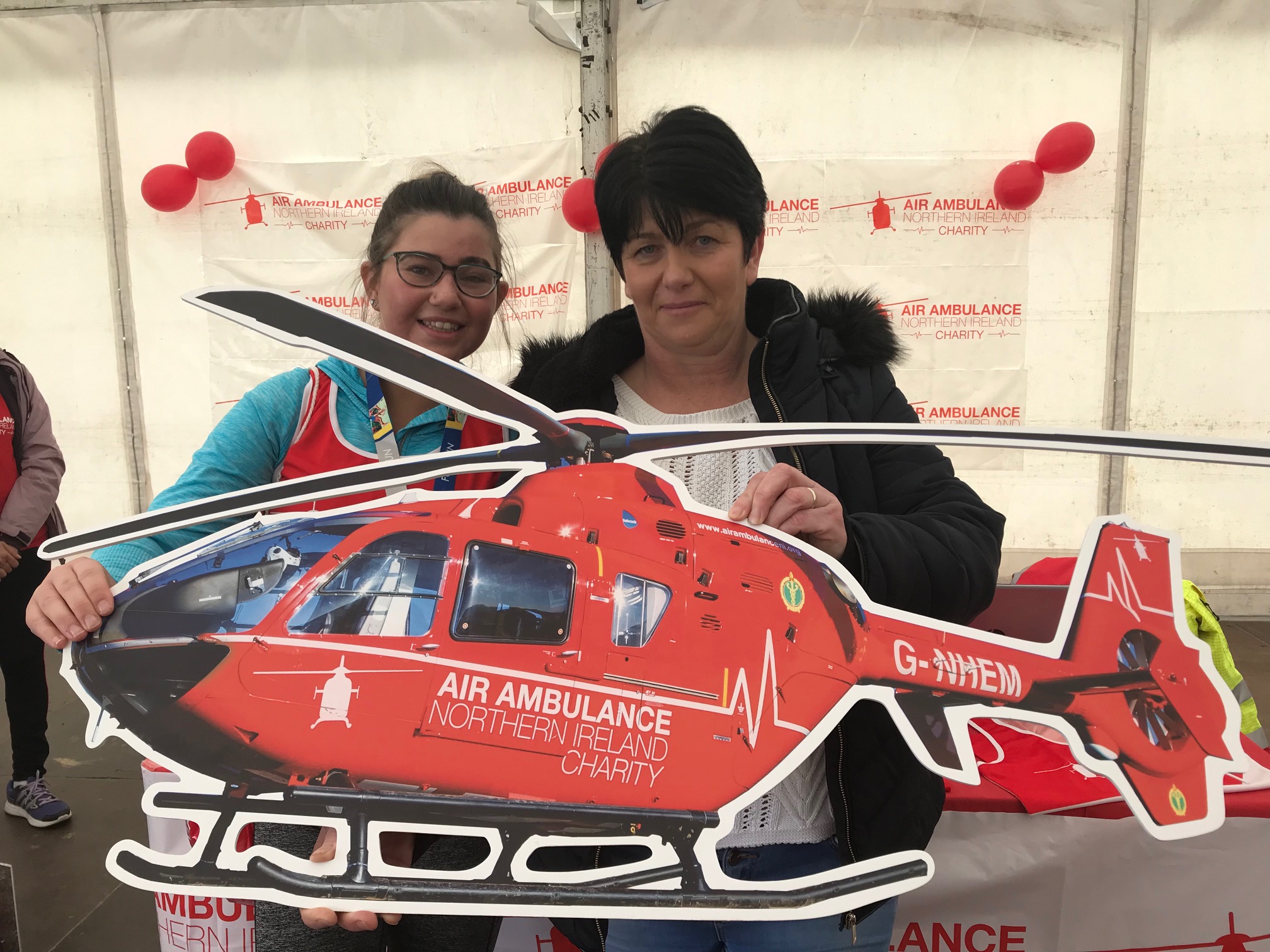 To sign up for the Deep RiverRock Belfast City Half Marathon in aid of AANI or for more detail about the event, visit https://www.belfastcitymarathon.com/half-marathon.

TRACY CELEBRATES 100TH SWIM BY GOING INTO THE SEA FOR SVP

Love Belfast - November 29, 2021 0
The world of commercial interior design is fascinating. While some people might think that this field is only for those with a flair for...

Understanding and accepting the reality of hidden disability

November 29, 2021
Home » Once told she would never walk again, Crumlin woman ready for first half marathon