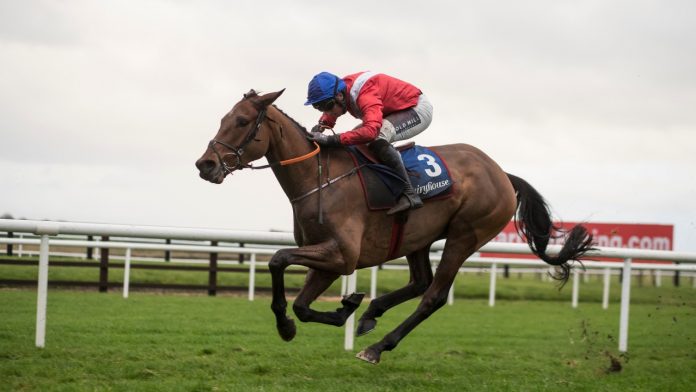 For the second year in a row, Gordon Elliott will send stable star Envoi Allen to Down Royal for his first start of the season.

All eyes were on the Lisburn venue 12 months ago, as the 2019 Champion Bumper winner made his debut over hurdles. Envoi Allen carried odds of 1/4 into battle that day, and barely broke a sweat in securing a five-length triumph under popular jockey, Davy Russell.

Elliott then threw Envoi Allen straight into Grade One company. His top novice didn’t disappoint, winning the Royal Bond at Fairyhouse, before collecting the Lawlor’s Of Naas Novices’ Hurdle at the start of the New Year.

A second trip to the Cheltenham Festival followed, where Envoi Allen was backed into odds-on favouritism for the Ballymore Novices’ Hurdle. Elliott looked on as the favourite produced a peerless display, powering up Cleeve Hill to secure his second Festival title in impressive fashion.

In a recent interview, Elliott quashed those rumours, announcing that Envoi Allen would begin his new life over fences at Down Royal in November.

“Envoi Allen was bought to be a Gold Cup horse so what’s the point in keeping him over hurdles?” Elliot said to the Irish Independent.

“We need a bit of rain before we can give him a proper school on our grass gallop here, but he jumps absolutely brilliantly. I’m not one bit worried about that.”

Attentions now turn to which Cheltenham Festival race Envoi Allen could be pointed at this term. The Muhtathir gelding has won two Grade Ones over two miles, so a tilt at the Arkle is not out of the realms of possibility.

Judging by the way he finished off his race in the Ballymore, and Elliott’s proclamation that he’s a Cheltenham Gold Cup winner in the making, trips beyond the minimum distance certainly seem to be on Envoi Allen’s radar.

The team could target another victory in the Marsh Novices’ Chase. Elliott has won that two-and-a-half-mile Grade One with Shattered Love and Samcro in recent seasons.

The odds suggest the Marsh Novices’ Chase will be Elliott’s chosen target. There is a chance, however, that Envoi Allen could be stepped up to three miles and run in the 2021 RSA Novices’ Chase.

The RSA is known for producing future Gold Cup winners. The Gold Cup is where Elliott hopes Envoi Allen will end up come 2022 and beyond. It wouldn’t be a shock to see Envoi Allen enter the RSA, and it would take a brave punters to bet against him claiming victory at the Cheltenham Festival for the third season in a row. 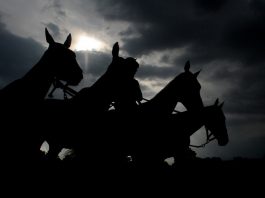 The early favourites for the Cheltenham Gold Cup 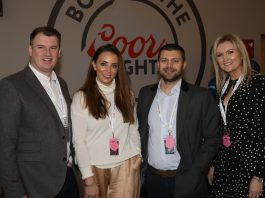 Molson Coors – Race Meeting this week at Down Royal Racecourse