Amanda Bell on her hopes to raise over £20,000 in celebration of Childline’s 35th birthday with an intense fitness challenge 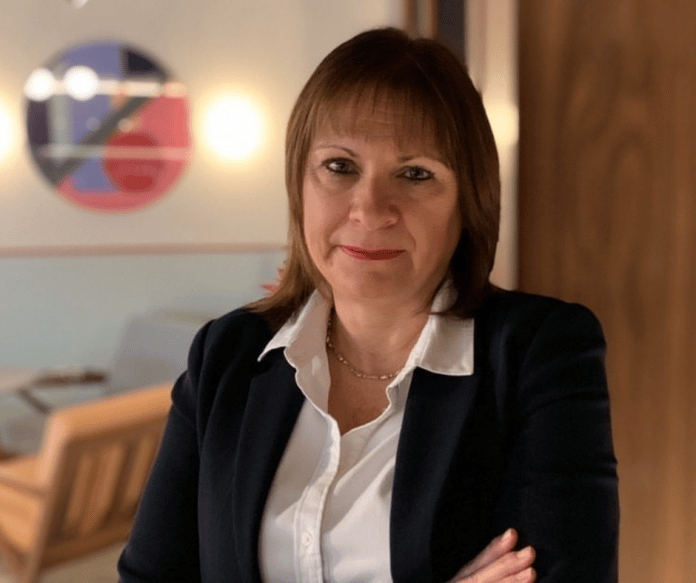 THE DIRECTOR of Belfast-based debt strategists Bell & Company has set her sights high as she aims to double the money she raised last year for Childline in aid of marking the charity’s 35th birthday.

Amanda Bell, 58, runs the Belfast city-centre based accountancy and debt strategy firm alongside husband Terry Bell, 61, who split their time between Belfast and Harrogate, North Yorkshire.

Now in its eleventh year based in Northern Ireland, Bell & Company are set to host a gruelling fitness event, the Power of 4 Challenge, in the hopes of raising more than £20,000 for NSPCC’s Childline service’s 35th birthday. The challenge is taking place on Wednesday 15th September to Friday 17th September, following the success of last year’s event which raised £10,282.

As the event returns this year, Amanda Bell discusses her passion for supporting the children’s charity, as it continues to play a vital role in helping children and young people across Northern Ireland.

On her career to date, Amanda said: “My career has mainly been in recruitment but I also helped my husband, Terry, build his accountancy and debt strategy business, Bell & Company.

“We have now been working in Northern Ireland for over 11 years after we set up a small office to assist our clients. Today, we have a team of over 25 people based between Belfast and Leeds.” 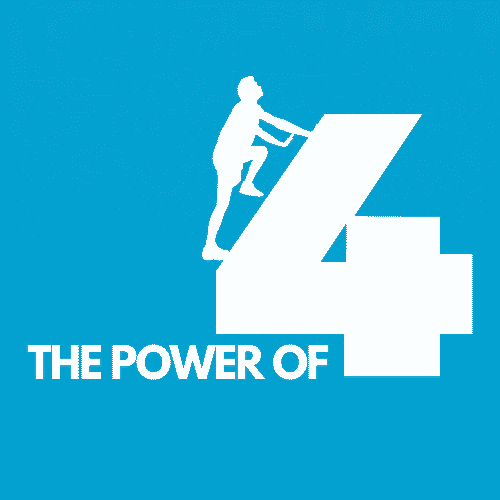 Amanda explained: “Back in 2016, we discussed plans with the team to work alongside a charity. Terry and I ended up attending Belfast Business Awards that year at City Hall, which was a last-minute invitation that worked out incredibly well.

“That night, the speaker was David Tait MBE, who discussed his fundraising efforts for NSPCC and spoke frankly about the abuse he suffered as a child and how it had shaped him. His words silenced the room and brought many people to tears.

“After the event, we felt inspired and decided to contact NSPCC Northern Ireland and asked if they could send someone to talk to our team about the work they do and their service Childline service. This was a worthwhile experience, as it gave us a great understanding of the vital work the charity does for children and young people across Northern Ireland and we knew it was something we had to support.

“We began raising money with small events and organised our first Gala Ball at Titanic Belfast in March 2017, hosted by television personality Pamela Ballantine with David Tait and wife Vanessa in attendance, which was a huge success.

“In 2018, we were honoured to become official corporate partners of NSPCC Northern Ireland. Working alongside our colleagues at Callow Events, we were involved in an event, An Audience with Dame Esther Rantzen, Childline President, which gave an incredible insight on establishing Childline and her varied career, followed by a second ball – the Childline Gala Ball in October 2019.”

For Amanda, she believes NSPCC and its Childline service, play a huge part in supporting children and young people who fall victim to abuse: “I always associate Childline with Dame Esther Rantzen, as I remember her establishing the charity 35 years ago this year, which is now run by NSPCC with two bases in Northern Ireland, Belfast and Foyle.

“On a visit to the Childline base in Belfast, I witnessed volunteers working hard responding to children and realised they were not just on the phone but also communicating through live chat, as many find that medium easier to use. What really struck me was how incredible it is that people can make time out of their busy schedules to help so many.

“The one thing I believe is that all children and young people should have is the opportunity to achieve their full potential and live happy full lives. Many children are lucky to have a supportive, loving family unit but sadly, that isn’t the case for all. It is awful that some of the most vulnerable members of society suffer abuse and neglect which we all should play a part in preventing.”

Looking towards the Power of 4 Challenge in September and the reasons behind hosting it, Amanda explained: “I attended webinars hosted by NSPCC during the pandemic, and the impact it has had on fundraising was discussed often.

“At that time, Terry had been following an American motivational speaker, David Goggins, who is the only member of U.S. armed forces to ever complete training as a Navy SEAL on three occasions. David developed the Power of 4 Challenge, and we gladly run with it now.

“This year, we want it to be bigger and better and have two teams from Bell & Company taking part, including myself but we want other companies to join in too. It is a challenge, particularly in respect of sleep deprivation, but a bit of hardship will make sure we can make a difference to the lives of children and young people.

“Those involved can take part in the Power of 4 Challenge in their local area or Belfast, near our office in the Scottish Provident Building at City Hall. In teams of four or solo, you will run or walk for four miles, every four hours, for 48 hours, covering a total of 48 miles. We ask all participants to meet in Belfast for the first leg, starting at 8pm on Wednesday 15th September and the last leg, which will start at 4pm on Friday 17th September and route maps can be found on the Power of 4 website.

Amanda concluded, “We are so excited to host the Power of 4 Challenge which will no doubt be a huge success. We will once again be asking for support from many people and the more that are involved, the more we can raise and hopefully hit our target of over £20,000!”

To take part in Bell & Company’s epic Power of 4 Challenge on Wednesday 15 to Friday 17 September, visit the website. Whether you choose to pay a registration fee or fundraise your total target, every pound raised will help support local children when they have nowhere else to turn.

Home » Home » Amanda Bell on her hopes to raise over £20,000 in celebration of Childline’s 35th birthday with an intense fitness challenge

More than 11,000 families in Northern Ireland used Tax-Free Childcare in the last year 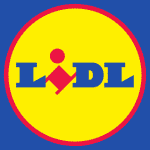