Street art festival, Hit the North brought a welcome splash of colour to the city’s streets in September.

Hit the North street art festival was established by Seedhead Arts and the Community Arts Partnership in 2013, and over the last seven years has grown to become one of the biggest street art festivals in Ireland. There were big plans for the 2020 event, which was initially scheduled to take place in May 2020, but had to be put on hold when the Coronavirus pandemic hit.

A scaled back version of the festival hit Belfast’s streets last weekend, turning local buildings into canvasses to showcase the work of local artists, with robust safety and socially distancing measures in place. 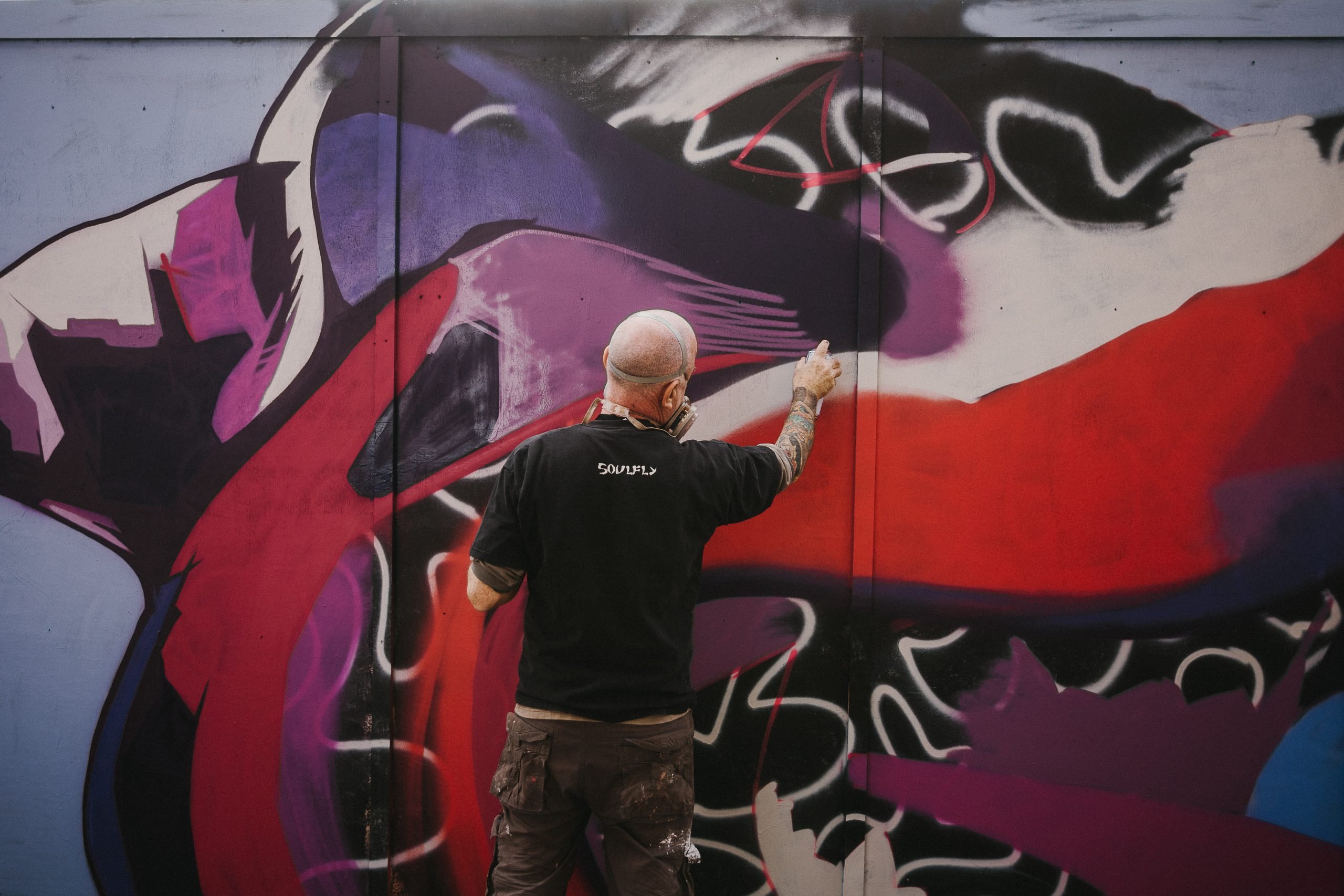 Commenting after the event, organiser, Adam Turkington said: “We had big plans for this year’s Hit the North, particularly with the support of our new sponsorship partnership with Hennessy. It was disappointing to have to put the breaks on so close to the event, but we re-grouped and worked hard to bring some of the best local talent together to bring some much-needed colour and vibrancy to Belfast’s streets.

“Art has played an important role in some of the most difficult points in our history and we need art and creative expression more than ever before. We’re grateful for the continued support of Hennessy and we hope to bring the event back to full scale by May 2021.”

This year’s Hit the North festival tied in with the launch of the new Hennessy limited edition bottle, which was released on 1st September. Over the past few years, Hennessy has collaborated with ground breaking artists such as Kaws, Futura, Os Gemeos, Shepard Fairey, Ryan McGuinness, Scott Campbell and JonOne to create a limited edition bottle. This year’s limited edition bottle has been created by Liberty Du, who is widely recognized as Faith XLVII, a South African Multi-Disciplinary Artist and is available from participating retailers now.

Hit the North took place on Sunday 20th September on the streets surrounding the Sunflower Bar.

After reaching number 1 twice in the last year on the World iTunes Charts, and amassing over six million views on their videos online...
Cinema

MOVIE MAGIC POPS BACK TO BELFAST CITY HALL THIS SUMMER

Get ready for a magical movie experience this summer as Belfast One in association with Belfast Film Festival pops back to Belfast City Hall...
ASG Comms

·        Peroni Nastro Azzurro 0.0% partners of the Aston Martin Aramco Cognizant Formula One™ Team are set to bring fans the passion from inside the garage...
Competitions

To celebrate the launch of new Energy flavour - Fruit Punch - Boost is hosting a first of its kind Night Flight party at The...

Block Paving Is Getting Popular, and It’s Not Hard to See Why