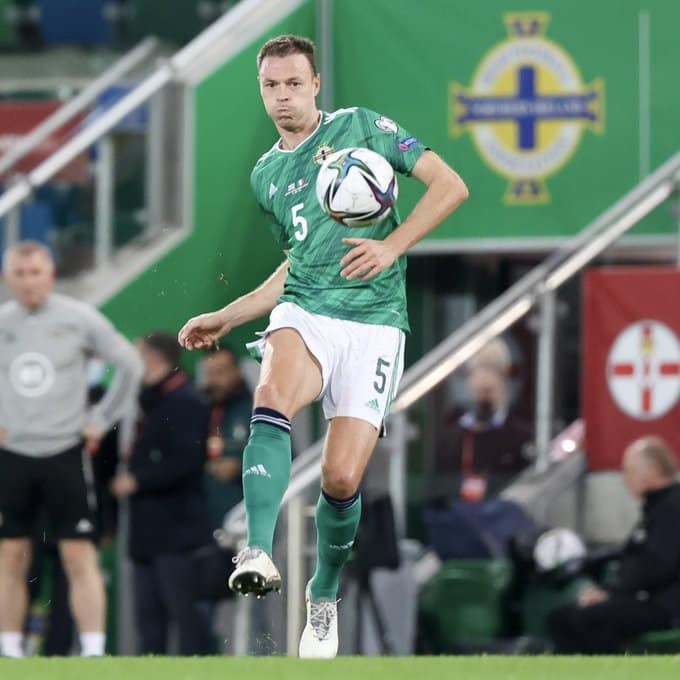 Injuries are part and parcel of football: there is simply no way of avoiding them as even the most finely-tuned athletes can be struck down at any time. Acceptance is the only mindset to adopt, although there will always, of course, be a tinge of annoyance.

There is never a good time to be laid low, with any spell on the treatment table denying said party an opportunity to earn their pay packet out on the pitch. If you are with the medical team, then somebody else is filling your spot in the starting XI.

With competition fiercer than ever in the modern-day sport, with expensively-assembled squads taking on ever-greater depth, nobody wants to give up their place without a fight. Sometimes, though, that battle will be a lost cause. When the body breaks down, there is no point risking more damage by pushing too hard, too soon. That is a position that Belfast boy Jonny Evans has found himself in as of late.

It is one he knows well, having forged a successful career at the top of a professional ladder. When the day comes for boots to be hung up, the Northern Ireland international will be lauded as a poster boy in his homeland for what can be achieved with the right blend of attitude and ability.

His career, which started out at Manchester United, has coincided with further global expansion in the sporting industry, with the Premier League’s mass universal appeal only continuing to grow. That reach now stretches to every corner of the planet and across just about every industry. Consider, for example, how the British game is as prevalent in virtual realms as it now is in the real world, with William Hill’s online casino Ireland just one of many notable sites to feature titles such as Football Studio, World Cup Roulette, Football Rules and World Football Stars, all football-themed games that frequent the ‘most popular’ section on a regular basis.

While the global reputation of the Premier League has gone from strength to strength, faith in Evans has dwindled. Unfortunately, the chips have been down for the experienced centre-half of late, with fortune not favouring the brave, however, this isn’t to say that he’s altogether walked away from the table.

The 2021/2022 campaign has been something of a slog. Evans carried a muscle problem into the summer, which impacted his pre-season, and he has since been ruled out with foot and hamstring complaints. There has been some positive news on the fitness front, with Brendan Rodgers revealing that his latest ailment is “not as bad as first feared”. That, though, is the kind of crumb of comfort that is left behind when the rest of a tempting cake has been pushed tantalisingly out of reach.

Leicester will be hoping to welcome a key part of their plans back to the top table sooner rather than later. There is still plenty for the Foxes to feast on this season, but consistency is imperative and that tends to be achieved when fielding a settled side.

Evans has figured prominently in those plans at the King Power Stadium, taking in top-four challenges and FA Cup glory along the way, while a magical run to the last 16 of Euro 2016 with his country will live long in the memory.

Football has always been about the here and now. There is little room for sentiment at the very highest level, with a ‘what have you done for me lately’ mentality prevailing. Those with vast experience under their belt are well aware of that.

Evans will be desperate to get back to doing what he does best – keeping opponents at an arm’s length – but must overcome a few bumps in the road before reaching that point. Luck has deserted him of late, but you can often make your own in that department and history suggests that a confident character will bounce back stronger than ever.

Capturing a Port for Everyone photography competition

LOUGH NEAGH LIFE ON THE SHORELINE – FOOD AND DRINK TOUR