SPORTS fans across Northern Ireland are being encouraged to try their hand at the new Northern Ireland Tourist Board’s (NITB) Ulster Rugby competition featuring a trio of Ulster Rugby stars describing certain destinations. Paddy Jackson, Nick Williams and Stuart Olding all take to the screen in three fun videos and there are some great prizes up for grabs.

The fun competition entitled, ‘Show and Go’ will give those who take part the chance of scoring a short break somewhere in Northern Ireland, staying in some fabulous locations and experiencing some fun activities.

The ‘Show and Go’ competition will run during three  of Ulster’s home games at Kingspan Stadium kicking off with Ulster v Benetton Treviso on February 13, Ulster v Scarlets on February 27 and Ulster v Cardiff Blues on March 27.

Entry is simple. Log onto Discover Northern Ireland’s Facebook page and watch the Ulster Rugby videos each match day. Work out the location and simply comment with your answer. You can also enter through Twitter, tweeting your answer to @DiscoverNI  using the hashtag #ShowandGo. Remember to follow @DiscoverNI also.

“We’re delighted to once again be joining forces with Ulster Rugby in what is going to be a really fun way to win a short break somewhere in Northern Ireland.

“The prizes we have on offer this year are bigger and better than ever before and we hope the competition will encourage lots of people to enjoy the videos with the Ulster Rugby players and find out more about fantastic short breaks closer to home in Northern Ireland,” said Eimear.

“Fans are encouraged to check out Discover Northern Ireland’s Facebook page and Twitter feeds each match day to watch the video and enter.

“We know that Ulster Rugby has a massive following and we wanted to give fans a chance to win some great prizes in a really fun way whilst still enjoying the thrill and excitement of a game,” she added.

To find out more and to take part in the competition head to Facebook/DiscoverNorthernIreland and Twitter @DiscoverNI. For more information on your Northern Ireland short break, head to discovernorthernireland.com. 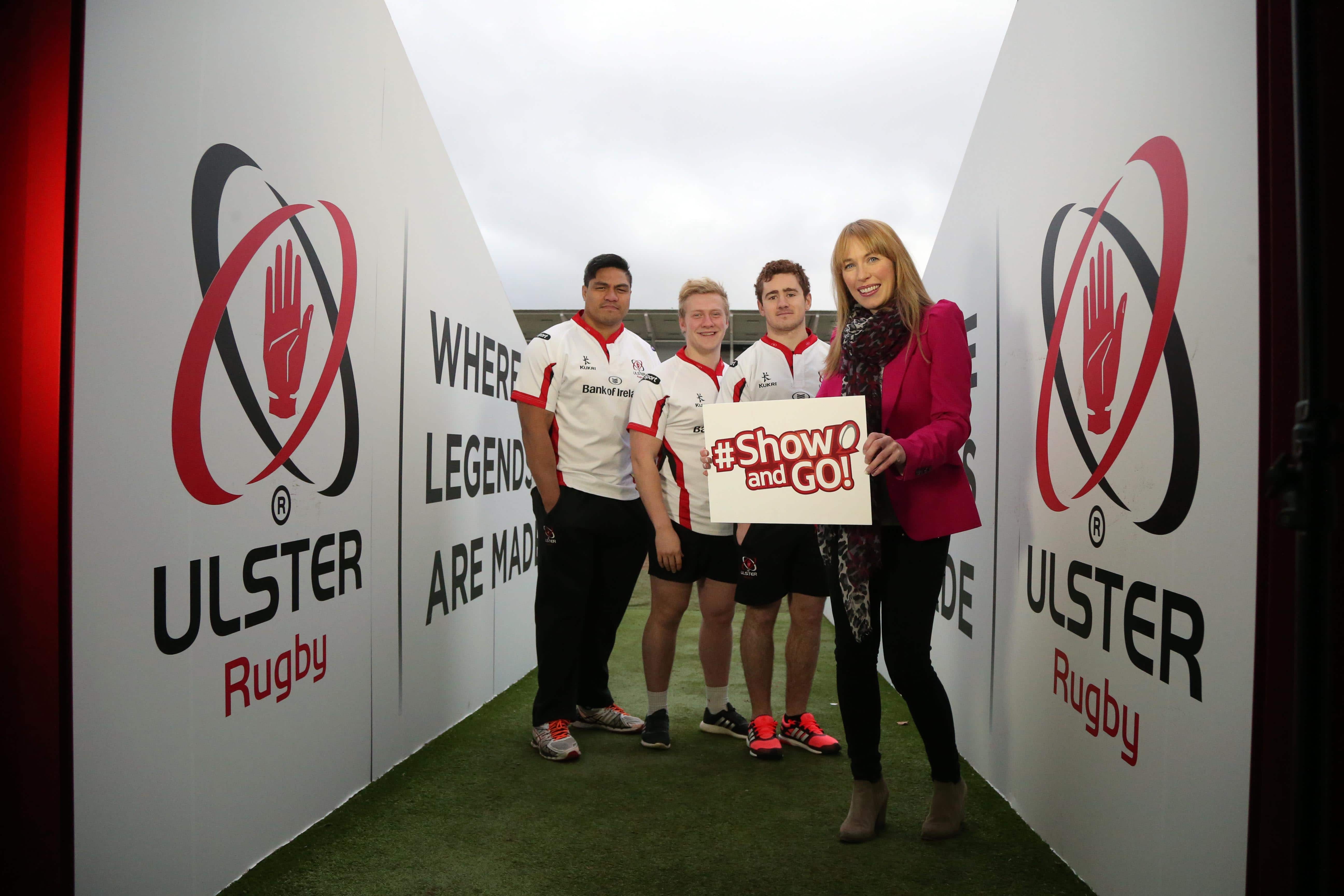