The UK motor industry is booming thanks to clean technology 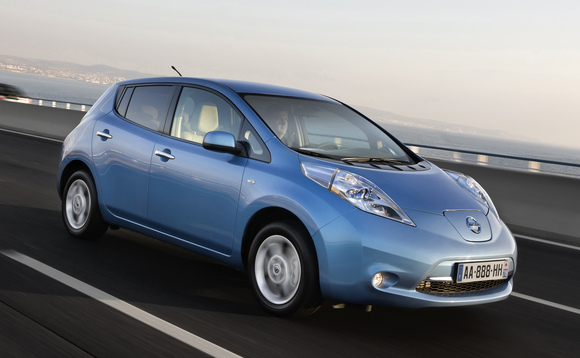 Not so long ago, a healthy motor industry meant distinctly unhealthy air. Pollution was directly linked to profit, as traditionally aspirated cars rolled onto the roads in a cloud of hydrocarbons.

Now, the car sector has taken on a greener tinge, as government policies have encouraged low-emissions vehicles to flourish. Experienced motorists are trading in their thirsty cars for vehicles with lighter appetites, while those who have recently passed their driving tests are finding buying the prospect an electric or hybrid first car increasingly viable.

In fact, since 2003 UK investment into low carbon automotive technology has totalled some £40billion. At the same time, British exports of greener cars have risen by 10 per cent over the same period. Among those leading the quiet charge are Nissan, whose electric Leaf vehicle is manufactured at its Washington, Tyne & Wear plant.

A report published by the Low Carbon Vehicle Car Partnership (LowCVP) confirmed as much last year.  In it, Jerry Hardcastle, Nissan general manager, Innovation and Projects, said: “The New Automotive Innovation and Growth Team clearly identified that the requirement to produce low carbon vehicles was a major driver of change. We needed an engaged and determined body to show strategic direction. The collective strengths of the UK automotive industry have been galvanised through the Automotive Council to introduce low carbon vehicles and promote sustainable growth.”

Hardcastle went on to say that: “The collective strengths of the UK automotive industry have been galvanised through the Automotive Council to introduce low carbon vehicles and promote sustainable growth… This report clearly shows the evidence of the work so far.  The journey has only just started; we need to seize the opportunity for further growth.”

And Andy Eastlake, LowCVP Managing Director, said in the report: “The emphasis of policy makers on environmental achievements and ‘green growth’ has bolstered the foundations of the UK automotive sector.

“Experience over the last ten years shows that a consistent policy approach based on collaboration between all stakeholders can deliver dividends. This represents the first strides on the road to meeting the environmental imperative of decarbonising road transport by 2050.

“There are, however, no grounds for complacency and the job is far from done. We urgently need to repeat the success seen in our passenger car and bus sectors, in all aspects of road transport such as the truck and commercial vehicle industries and of course the supply of low carbon fuels and energy to power all forms of transport.”

An article on BusinessGreen.com highlights that carbon emissions have fallen by 25 per cent over the last decade, while the fuel efficiency has risen from 42.2mpg to 56.3mpg. This thanks to both the huge investment in cleaner technology and unity among UK car manufacturers in a common cause.

As Eastlake says, there’s much still to be done to clean up UK roads. But where once shuttered car factories and a reluctance to even acknowledge carbon emissions as being a problem were commonplace, the UK automotive industry is in a far healthier place – in every respect.

5 Things to Consider When Buying a 2nd Hand Car

Buying your next hatchback

Can you sell a car on finance online?

Why a Family Car Could be a Great Investment

Bingo Is Becoming Popular Again, And It’s Not Hard To See Why