Tonight at Scotstoun Ulster fell at the penultimate hurdle in the Guinness PRO12 run-in for the second year in a row, losing out by two points to Glasgow Warriors, who qualify for their second consecutive final.
Finn Russell’s 77th-minute conversion of DTH van der Merwe’s try made the difference in the closest of play-off matches, which Ulster had led since early in the first half thanks to Chris Henry’s try.
However Warriors were able to establish a foothold in the final quarter after 60 minutes of Ulster domination, and the visitors’ lead was slight enough to be overturned by the seven points from van der Merwe and Russell in the dying moments.
Glasgow will now travel to Belfast and Kingspan Stadium next Saturday to vie for their first-ever PRO12 title, with either Munster or the Ospreys, who play tomorrow at Thomond Park, their opponents.
Following on from last Saturday’s 32 – 10 defeat at the same venue in the last round of the season proper, Head Coach Neil Doak initiated no fewer than 11 changes to the starting XV, with only full-back Louis Ludik, prop Ricky Lutton, lock Lewis Stevenson and flanker Henry retained from that side.
Tommy Bowe and Craig Gilroy – the season’s joint-top try-scorer along with the Ospreys’ Rhys Webb on 12 tries – returned to the wings, while Jared Payne and Darren Cave were reinstated at centre, with Paddy Jackson and Ruan Pienaar named in the half-back slots.
Callum Black and captain Rory Best teamed with Lutton in the front row, while Dan Tuohy partnered Stevenson in the second, and Iain Henderson and Roger Wilson returned to the back row at six and eight respectively.
Ulster bossed the first half, expertly controlling play and keeping the Warriors’ forays into their half to a minimum but, crucially, not converting their dominance into as comprehensive a lead as they should have.
Once Pienaar had dispatched a second-minute penalty from in front of the posts, Glasgow roared straight back and forced a penalty of their own as Wilson failed to roll away sufficiently quickly for referee George Clancy’s liking, and Russell leveled from wide on the left.
Good kicking and set-piece management brought Ulster into the Glasgow half ball in hand on the 10-minute mark, but a knock-on followed by an infringement presented Stuart Hogg with a kick from just inside his own half, which the Lions full-back – a try-scorer in last week’s fixture – converted with aplomb.
Ulster re

plied with interest just before the end of the first quarter, as Pienaar’s long looped pass from the base of a ruck found Jackson on the ‘22’, and quick exchanges to Ludik then Henry saw the flanker hug the touchline to run in his second try in as many games. 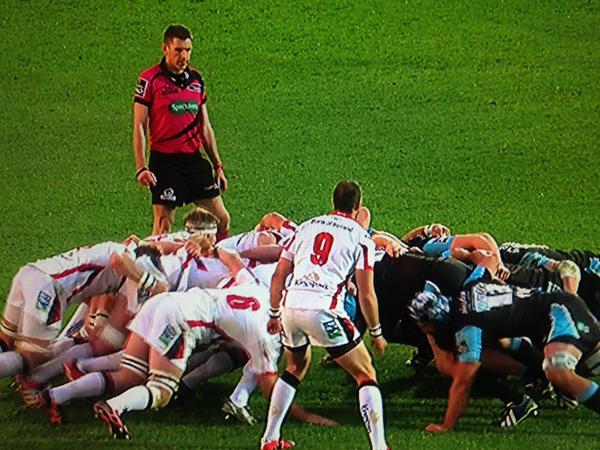 Pienaar’s conversion veered wide, but a great aerial take by Ludik from Jackson’s clearance moments later kept the Warriors under pressure until the half-hour had elapsed, possession eventually conceded when Gilroy was pulled up for holding on too long in the tackle.
However an overthrow at a subsequent lineout gifted the ball back to Ulster, and a strong diagonal run from Bowe just before half-time got Ludik to within centimetres of the whitewash before he was crowded out and held up by multiple Glasgow defenders. The resulting five-metre scrum came to naught with Lutton penalised in the front row, sending Ulster off at half-time with a two-point lead they more than deserved.
Half-Time Score Glasgow Warriors 6 Ulster 8
Glasgow came into the second period with the look of a side that had been on the wrong end of a half-time hairdryer team-talk from coach Gregor Townsend, exerting severe frontward pressure for a good five minutes before a knock-on from Russell bought Ulster some much-needed downtime, and the put-in to the scrum.
The clock ticked on with no additions to the scoreboard, Ulster doing well to contain everything Glasgow threw at them, and even edging further ahead on 56 minutes courtesy of a Pienaar penalty after the Warriors’ front row had popped up in the scrum.
The hosts wasted no time striking straight back, Nikola Matawalu just losing out in the race down the right flank with Gilroy and Pienaar before Russell slotted home a central penalty on the hour mark to reduce the gap to a mere two points once more.
Pienaar rapidly re-established the five-point lead with a sublime kick from just the limit of his range on 67 minutes, and as Glasgow began to take more risks with the clock running down, Russell kicked a 74th-minute penalty to touch in the knowledge that a converted try would see them home.
Warriors worked their lineout well, recycling smartly to get themselves close to the posts five metres out. The Ulster defence held steadfast, however, forcing Russell to return play out wide where replacement winger van der Merwe gratefully picked up for the try in the corner, with the prospect of a difficult conversion to come.
The angle of the kick proved to matter not in the slightest for Russell, however, as the out-half coolly slotted home from out wide to dash Ulster dreams and deny Doak’s side the gratification of contesting a Pro12 final played in their own back yard. 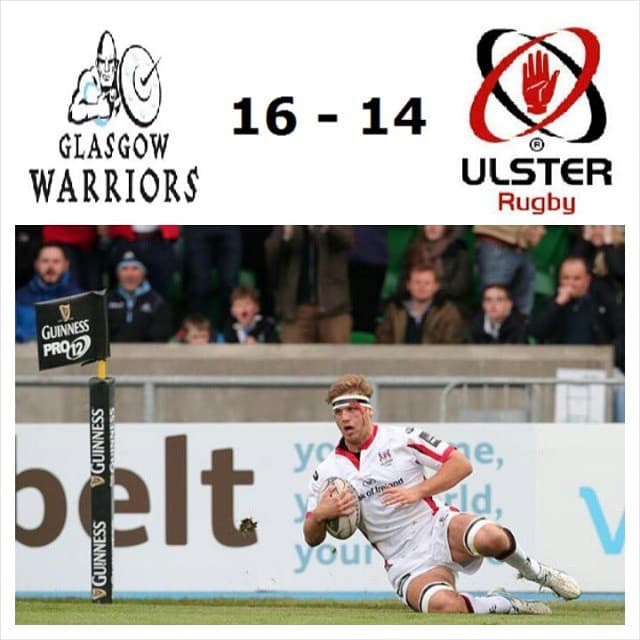 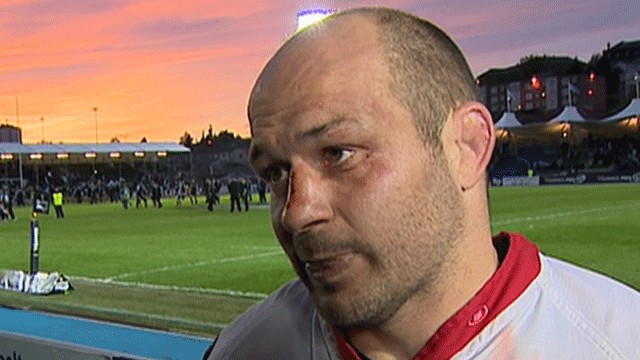 Charitable Restaurant, Beat 6, to open in November in Glasgow