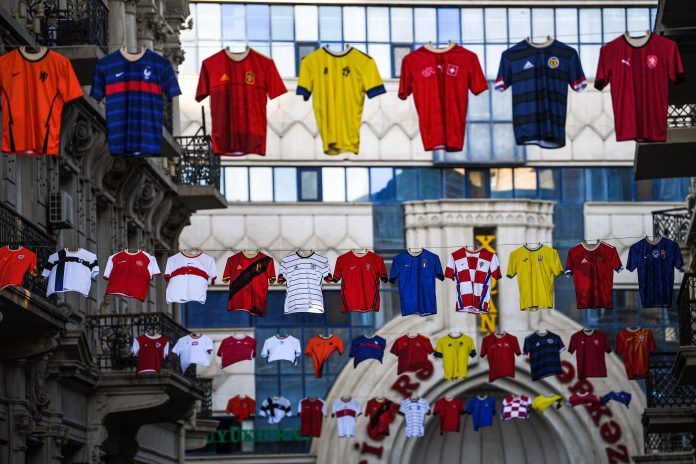 The 2020 European Championships are underway after having been postponed a full year due to the Coronavirus pandemic. Europe’s top stars will hope to showcase their talents in a bid to win glory for their nation. According to data presented by Safe Betting Sites, England’s Premier League has the most players playing in Euro 2020 with 119 for an estimated total market value of €3.48B – the largest out of all the leagues represented at the Euros.

The 2020 Euros are the highlight for football this summer as football players from a total of 42 professional leagues around the world, head home to Europe to represent their nations. England’s Premier League had the most players playing in Euro 2020 with 119, 30 more players than the next largest represented league, the German Bundesliga.

Notably, England’s second tier, known as The Championship, is the 6th most represented league at the Euros with 29 players. This representation beats established top tier divisions from other countries such as France’s Ligue 1, The Dutch Eredivisie and Portugal’s Liga NOS.

“Many would argue that England’s Premier League is the best and most competitive football league in the world. The Premier League’s representation for Euro 2020 further solidifies its reputation and even highlights the gap between England’s top flight and the rest of Europe, especially when considering market value.”

You can read more about the story with more statistics and information at: https://www.safebettingsites.com/2021/06/10/premier-league-has-most-players-in-euro-2020-119-players-total-market-value-of-almost-35b/