Joe has spent several months exploring the unique watery environment of County Fermanagh. As expected he will spend a lot of the series on boats but not the luxury cruiser kind. He says, “It was far from cruisers that most lakeshore and island dwellers were reared. A boat was not a luxury – it was essential for daily life. All travel and transport was across a body of water and everyone in these parts learnt how to handle a boat of some description almost as soon as they could walk.” 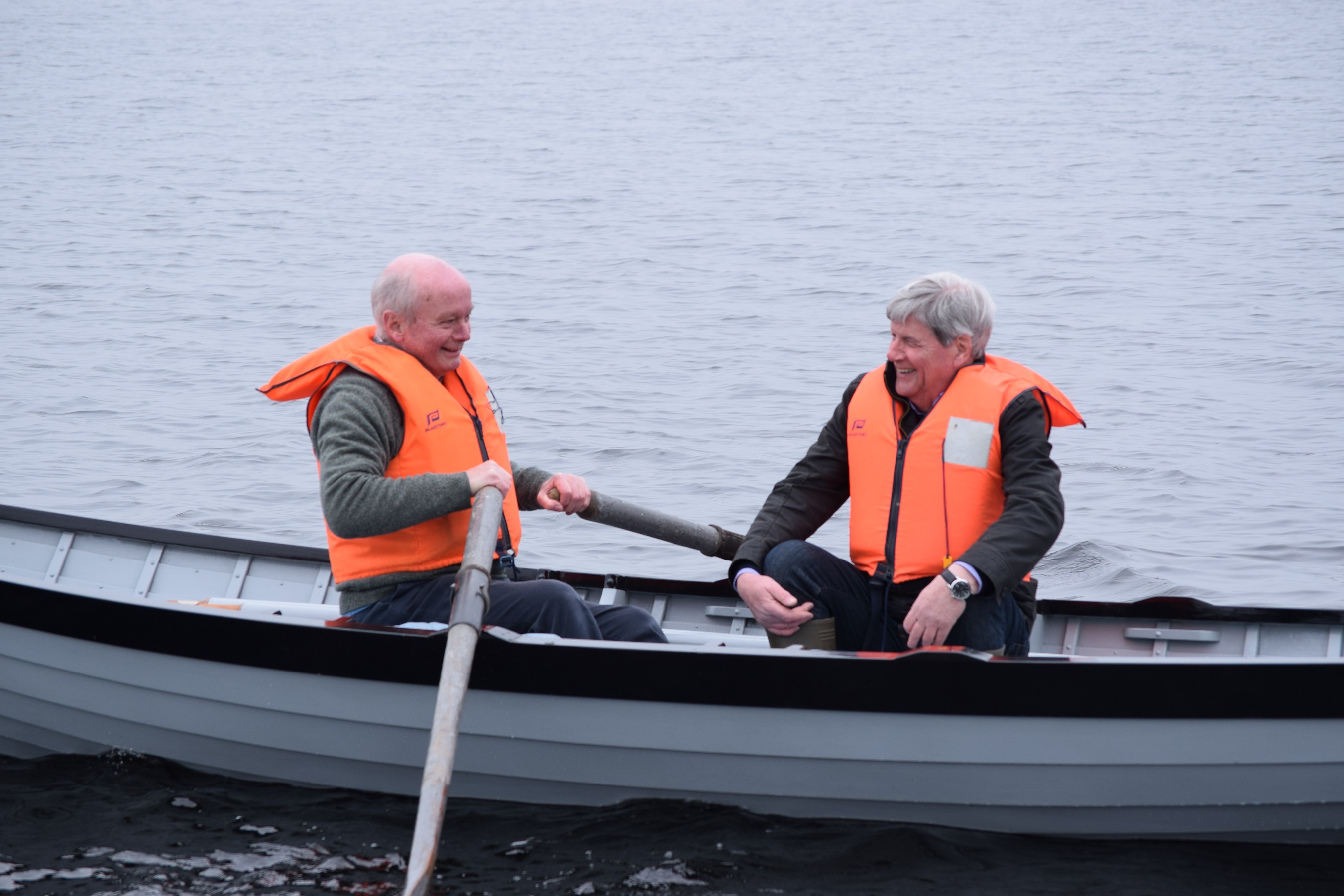 Right throughout the eight part series, boats of all sorts and sizes will feature heavily. Joe helps move livestock between islands in cattle cots; litter-picks on a kayak; travels on clinker-built boats that can be rowed or sailed or driven by an outboard engine. From speed boats to tiny punts, Joe enjoys it all, unearthing great stories from around the lake.”

Joe will also spend time with government bodies, agencies and charity groups whose main aim is to ensure the lough and its many natural inhabitants are all looked after. The lough is also a destination for anglers from all over Europe, and Joe will be try his hand taking a few casts under the guidance of experts before the series is over.

“I’m also beginning to understand that there’s no point referring to “Lough Erne” when talking to native shore-dwellers,” says Joe. “It’s either the “Upper Lough” or the “Lower Lough” because, in many respects, these are two distinct territories, linked together by their attachment to the island hub of Enniskillen and, whilst they have a great deal in common of course, each is proud of its own character and traditions.”

Joe says, “This whole area abounds with so much history, archaeology, mythology and, of course, such beautiful, iconic scenery, that it really is a world apart!”

Watch the first episode of Lough Erne on Monday 23rd September at 8pm.

UTV Documentary Series about the Enterprise Is Just The Ticket!

Local Music Fans in for a Treat with a ‘UTV Life’ Music Special from The Stendhal Festival, Limavady

UTV’s Mahon’s Way visits Downpatrick, Lecale and Killard over the next two episodes