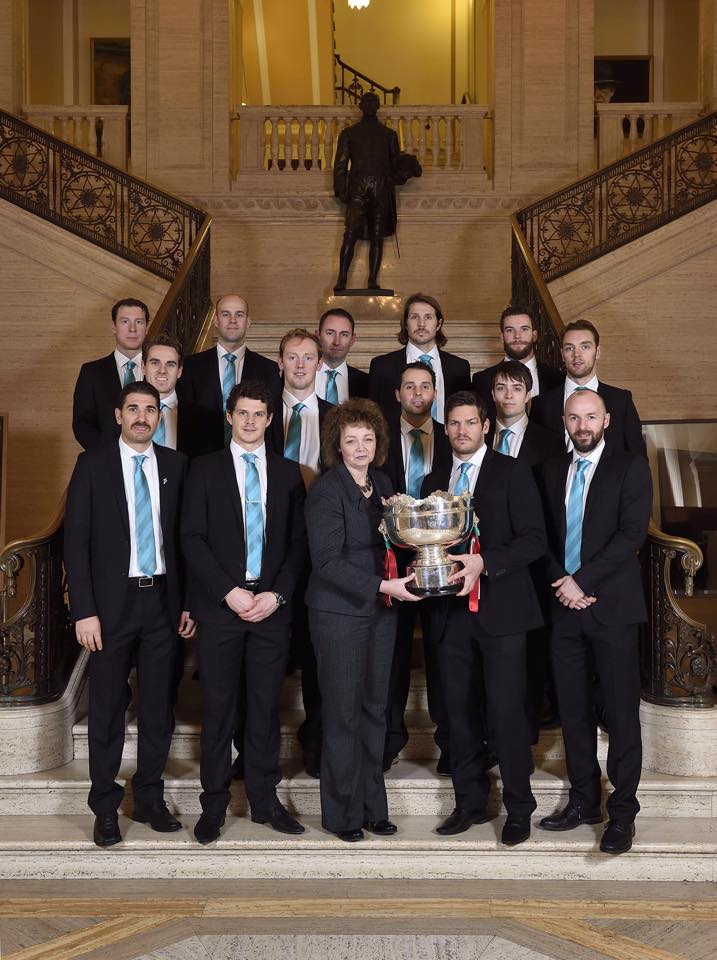 The Minister hosted a reception for the Giants after winning the 2013-14 Elite Ice Hockey League.

Sports Minister Carál Ní Chuilín said: “The Belfast Giants have won the Elite League on three occasions in recent years and everyone on the team should be proud of this outstanding achievement.

“Ice hockey has built up a great following here because of the success of the Belfast Giants. The popularity of the sport was shown during the World Police and Fire Games last year with over 50,000 people passing through the Odyssey to watch the games.

“Sport is extremely valuable in improving the quality of people’s lives. The celebration of sporting success serves to encourage participation in sport, something that my Department is firmly committed to. I am particularly keen to develop sport as a means of promoting equality, targeting poverty and tackling social exclusion through participation, particularly in deprived areas and those from under-represented groups.

“I am sure that the Belfast Giants will continue to build on their success and I would like to wish the team and your new head coach, Steve Thornton, every success in the 2014-15 season.”

The Giants would like to thank the Minister, MLAs Chris Lyttle, Sammy Douglas and Maírtín Ó Muilleoir and all the staff at the Northern Ireland Assembly Buildings for a wonderful evening to celebrate last season’s title success!

Full coverage from our GIANT Night Out at Stormont on our official website – http://t.co/d5Ea1i9dwr pic.twitter.com/ftrlnxLcev