UTV is delighted to announce that Louise Small has been appointed as its new Weather Presenter.

Glengormley-native Louise has worked at UTV for over six years, and will succeed Frank Mitchell in the weather presenting role when he leaves UTV at the end of the month.

Louise joined UTV in 2015 as a journalist and also worked for the company’s radio station at the time (U105) where she was a regular news presenter.   When ITV purchased UTV in 2016, she moved into an editor role for UTV News, sourcing and developing stories. In recent years, viewers will have seen her standing in for Frank, presenting the weather forecast when he’s been off.

In addition, this full time role will see Louise bring weather-related stories to the news and report on climate and environmental issues.

Louise said, “Northern Ireland’s weather is always keeping us guessing, so I’m delighted that I’ll be trying to make sense of it all for our viewers every night. I am conscious I have massive shoes to fill with Frank leaving UTV.  He has been an inspiration and more recently a great support to me.

“I’m really looking forward to getting my sleeves rolled up and beginning work with the great weather team across ITV, as well as my colleagues here in Belfast, to bring relevant stories to the viewers, as well as the all important nightly weather forecast.”

Head of News and Programmes at UTV, Simon Clemison said, “Louise will already be familiar to our audience and I’m delighted that, having filled in for Frank from time to time, she’s now formally following in his footsteps. With the focus on climate change I’m looking forward to Louise taking on the job, given her strengths as a journalist and the key role she’s played off screen in delivering news to viewers on UTV Live at 6.”

Frank also added his congratulations, “After 27 years in front of the weather maps, I’m delighted to be handing over to a fabulous young broadcaster who has on many occasions, proven her ability on screen while standing in for me.  Louise is a delight to work with and will add an immense amount to the UTV output.” 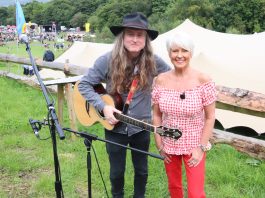 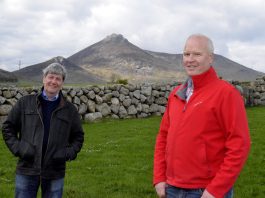 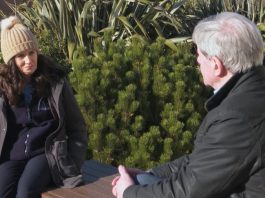 Joe Mahon meets Joe Mahon in the next episode of UTV’s...