Has Jon Rahm found form at the right time ahead of the PGA Championship? 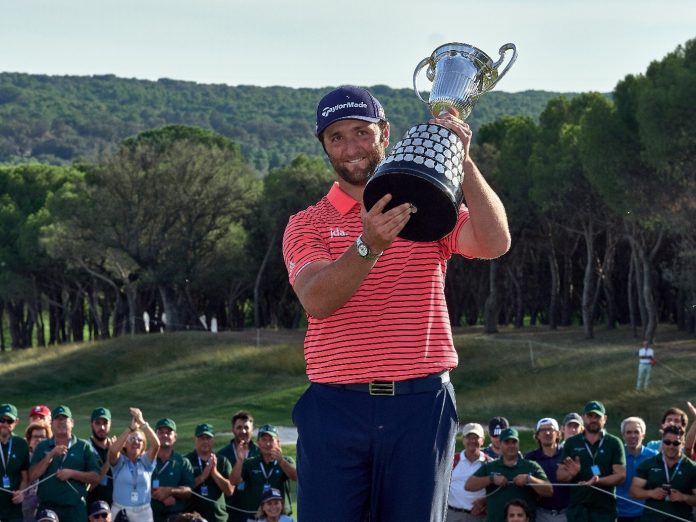 Jon Rahm must have breathed a sigh of relief following his recent victory at Vidanta. The Spaniard held off a late charge from PGA Tour rookie Brandon Wu, who carded an impressive final round score of -8 to fly up the leaderboard, to win the Mexico Open by a single stroke.

Rahm won his long-overdue first major championship last year, lifting the US Open title on the South Course at Torrey Pines. However, aside from a couple of top five finishes at the Sentry Tournament of Champions (2) and the Farmers Insurance Open (T3) earlier in the year, he hasn’t exactly been in the best of form this season.

But with a victory in Mexico, his seventh overall triumph on the PGA Tour, Rahm has perhaps hit form at the perfect time and he’ll be hoping that the momentum he has gained from that win at the luxurious Vidanta will help spur him on to a second major title later this month — as the PGA Championship is due to get underway at Southern Hills Country in Tulsa on May 19th.

Rahm is often favoured in the golf betting odds ahead of majors, and he would have been one of the first names in the PGA Championship’s outright market regardless of a victory in a Mexico. But it’s a win that surely makes the 27-year-old all the more worth backing, even if his record in the second major of the year isn’t as convincing as in the three big tournaments.

While it’s hard to really gauge previous performances in competitions like the PGA as they are never held at the same course, unlike the Masters, it does the boast the hardest field of the four majors and that is perhaps reflected in Rahm’s performances at the tournament — as he’s never faired better than T8.

It’s also worth noting that the weight of winning that all-important first major is now off the shoulders of Rahm. This means he can perhaps play with a bit more freedom at the Southern Hills Country Club, while the apparent hangover that followed the US Open victory at Torrey Pines last June has hopefully now been shifted after lifting the Mexico Open trophy.

There was a sense when Rahm won his maiden major that the floodgates would open for the Spaniard, but he perhaps rested on his laurels somewhat — with winning that first championship title and the birth of his first child (Kepa) just a week prior to the 2021 Masters maybe a bit overwhelming for the 30-year-old.

Instead, it has been Scottie Scheffler making all the headlines so far this year. The 25-year-old has gone from winning his first PGA Tour event, the Phoenix Open in February, to becoming a Masters winner and the number one ranked golfer in the world — knocking Rahm off his perch at the top of the golfing tree.

Rahm should use Scheffler’s meteoric rise to the top of the world this year as motivation to rediscover the brilliant form he showed last year, when he recorded top 10 finishes at all four majors (T5 Masters, T8 PGA, 1 US Open and T3 The Open).

He has been disappointing thus far in the biggest tournaments, fairing no better than T27 at Augusta National — the first time he has finished outside of the top 10 at the Masters in five attempts. But there is now hope that he can show up as his best self for the PGA Championship and add that second major to his CV!

Will Rory McIlroy Play In The Scottish Open This Year?

Golf Events in 2022 You Should Mark on the Calendar

Home » Home » Has Jon Rahm found form at the right time ahead of the PGA Championship?