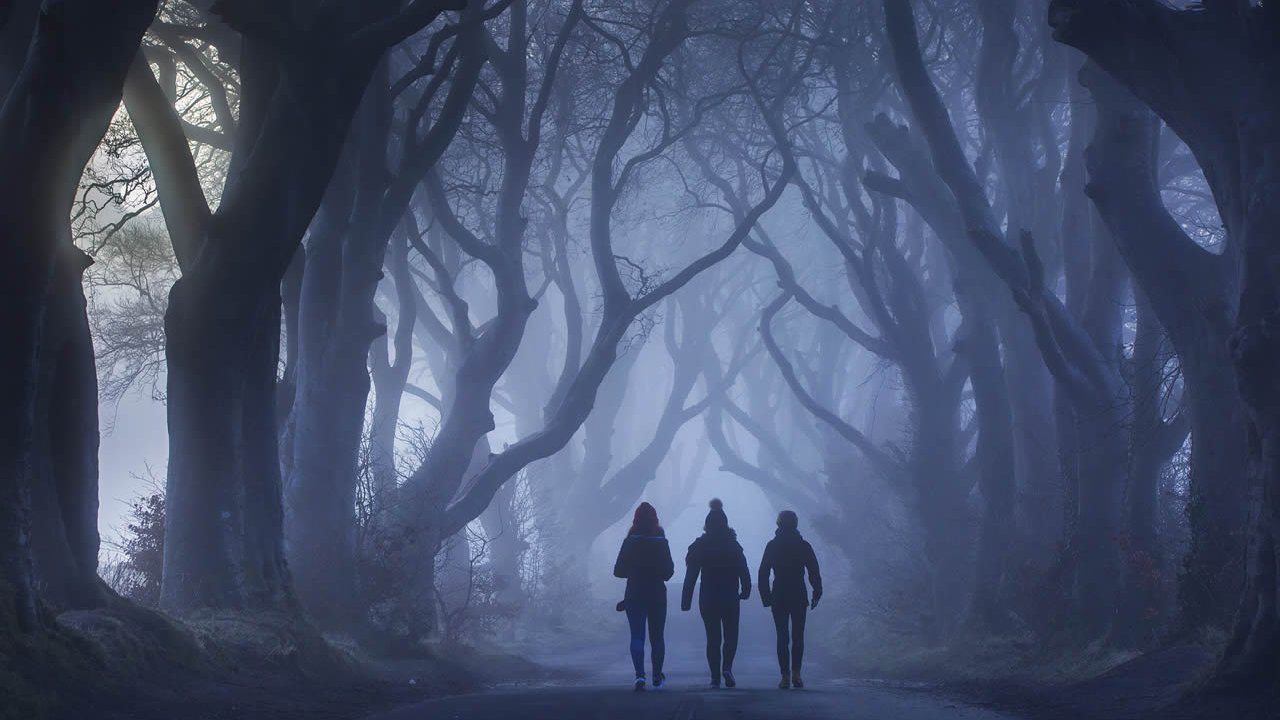 Irish Tour Tickets are now hosting a Game Of Thrones tour around the Antrim coast, including 7 filming locations!

This interesting and exciting trip offers a visit to some of the most beautiful locations in Northern Ireland, which have been main production and filming spots for HBO’s series, featuring stunning scenery and the famous Giant’s Causeway.

The all-day road-trip going through Antrim coast, takes tourists to the 7 designated stops with inclusion of other popular Westeros filming spots on the go.

An award wining Irish Tour Tickets, promise to reveal the history, religion, mythology, politics and mystics of the series itself and the destinations covered in the tour.

The Destinations Covered in the tour:

The tour also provides Game of Thrones cloaks and swords, and a live guide to make your trip more informative, fun and memorable. 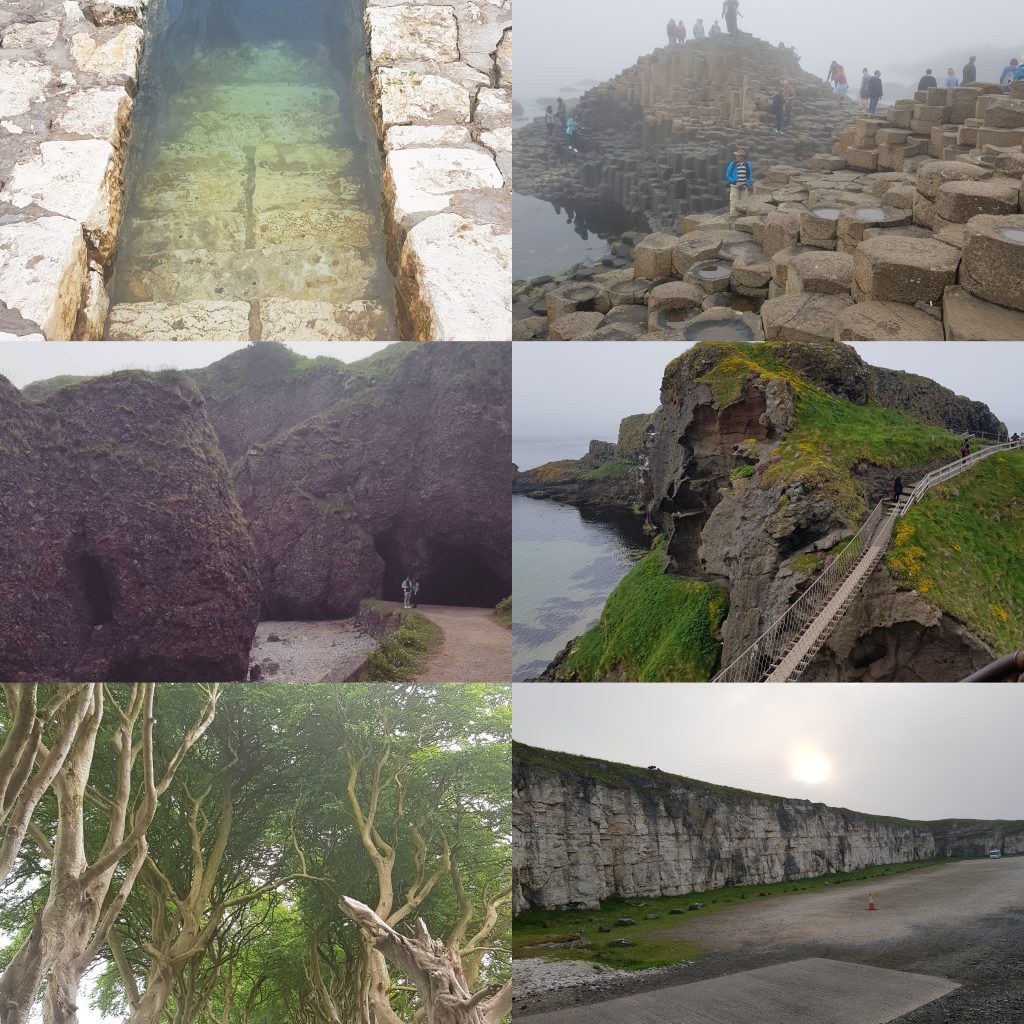 The first stop is a 19th century build Carnlough Harbour. The place know as where Arya Stark crawls up the steps into the streets of Braavos. Carnlough village, a quiet and invigorating location, perfect for a first stop where tourists have a chance to gather energy from the refreshing atmosphere born by the village to keep them going for the rest of a road-trip. 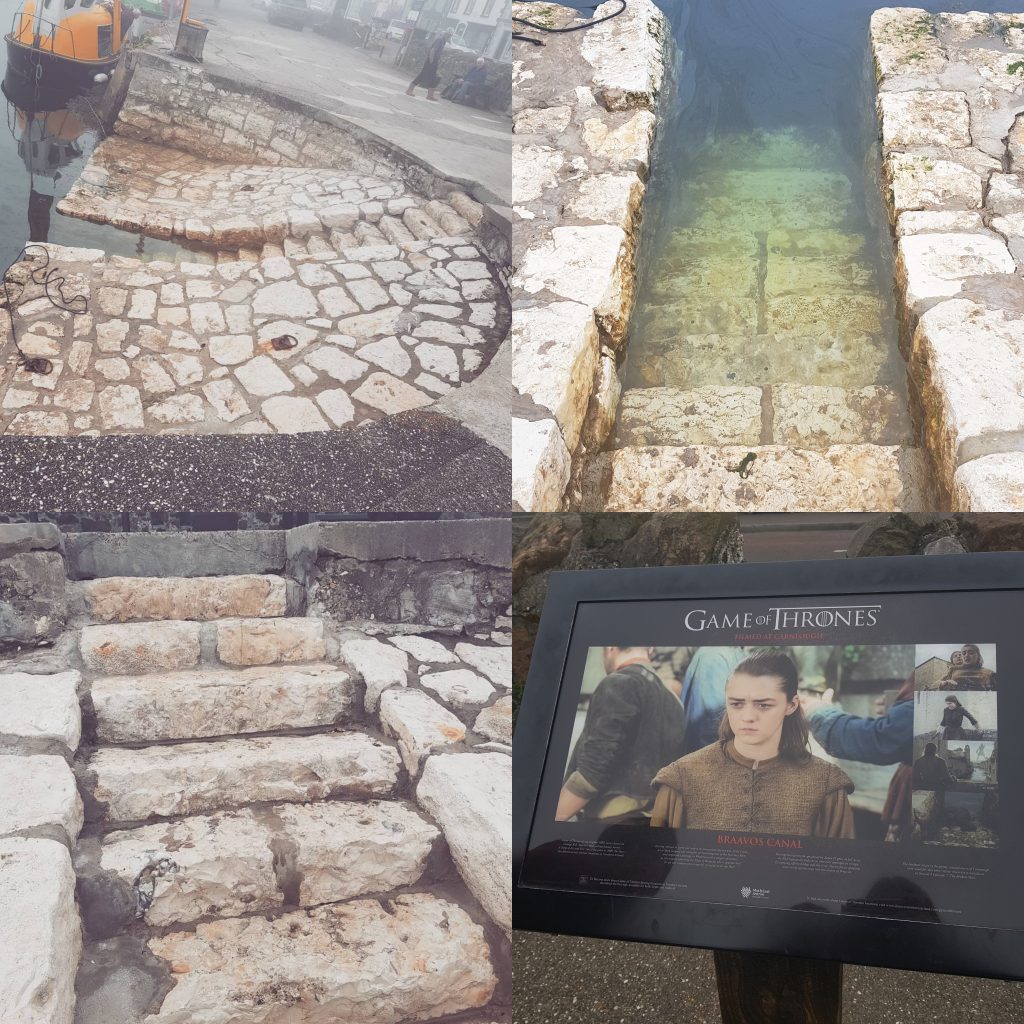 The second stop is Cushendun Caves, where Mellisandre gave birth to a Shadow Assassin. Here the tourists can experience the mystery of the dark, rocky and enchanted caves which has brought the Game of Thrones characters the time which was “dark and full of terrors”. 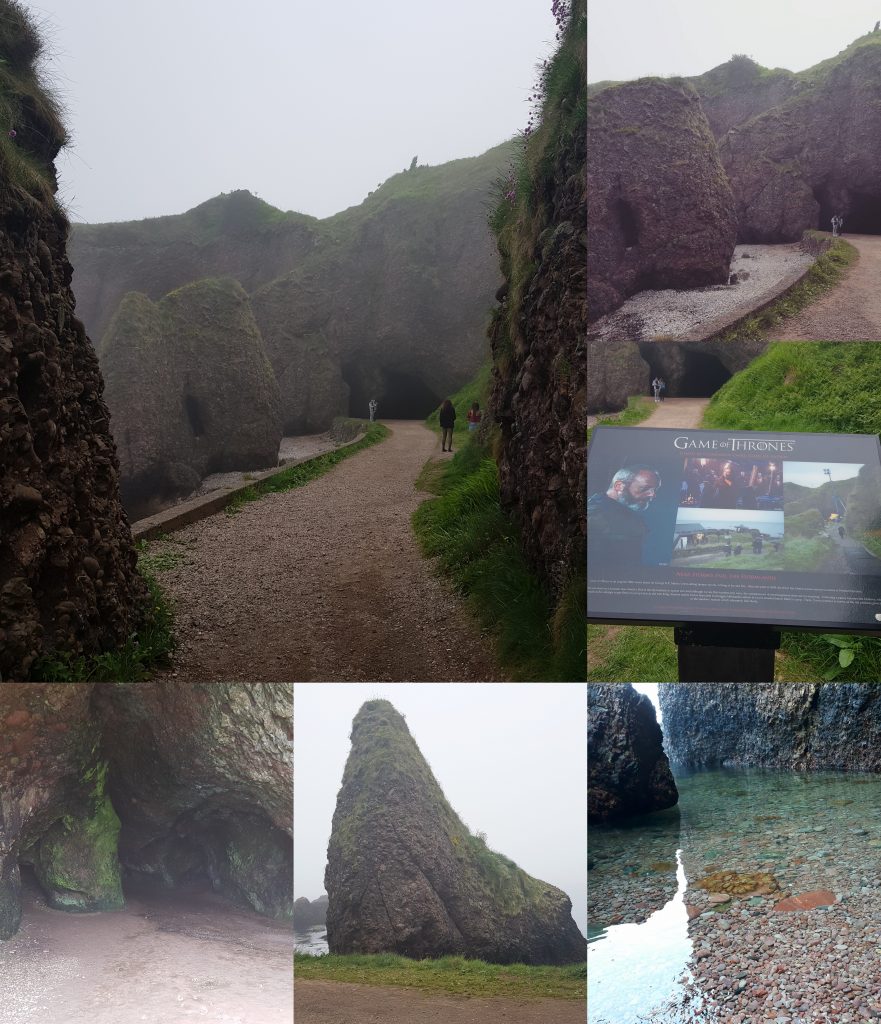 Third destination is the Dark Hedges, one of the most famous tourist attractions for the fans of the series. It is known for Arya Starks escape down the Kings Road. At this stop tourists can have a chance to wear the cloaks and yield the swords (the use of costumes are available at any stop) for photo opportunities making it a more delightful and enjoyable adventure. 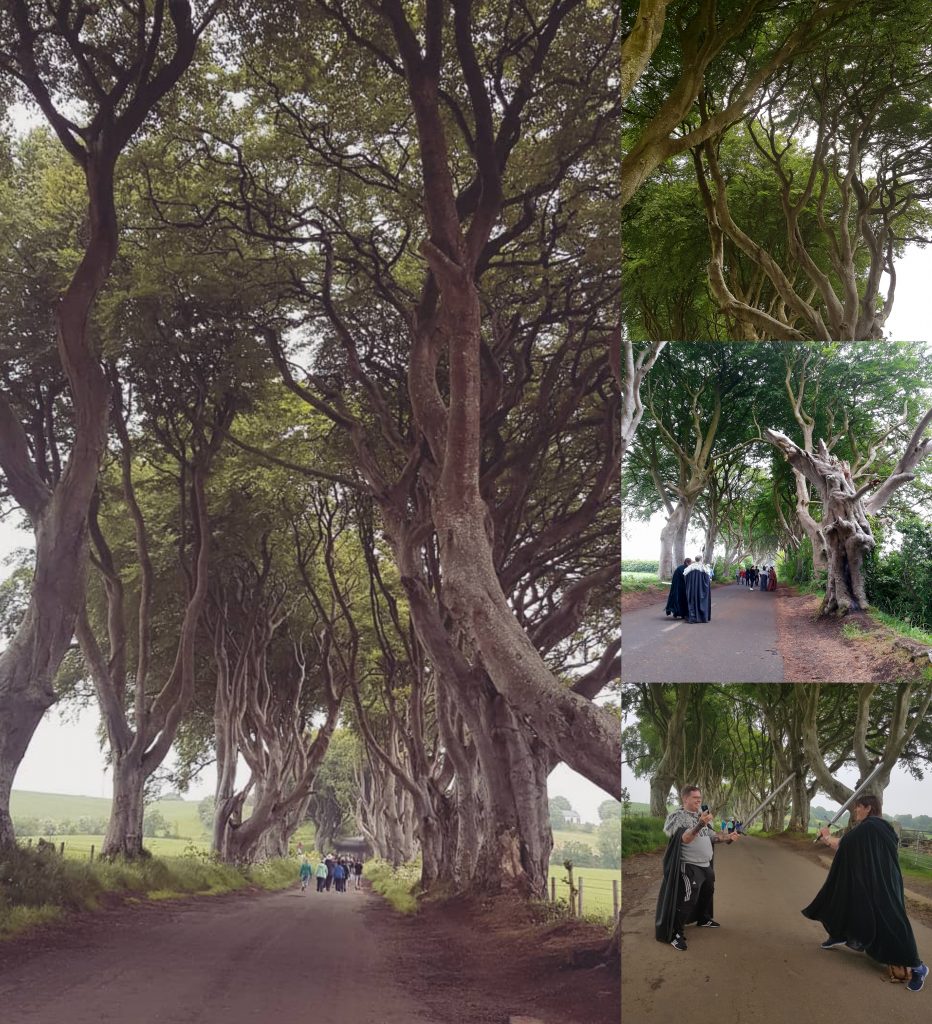 The fourth location, the Giant’s Causeway is not a part of the Game of Thrones production areas. However, this magical, geological wonder; stepped in history and folklore adds a mysterious completion to the tour. At this stage the tourists have one hour to enjoy a self-guided, walking tour; sensational even on a misty day. With an inclusion of the admission to the Giant’s Causeway Visitors Centre, the multilingual audios are also provided to enhance this historic experience. 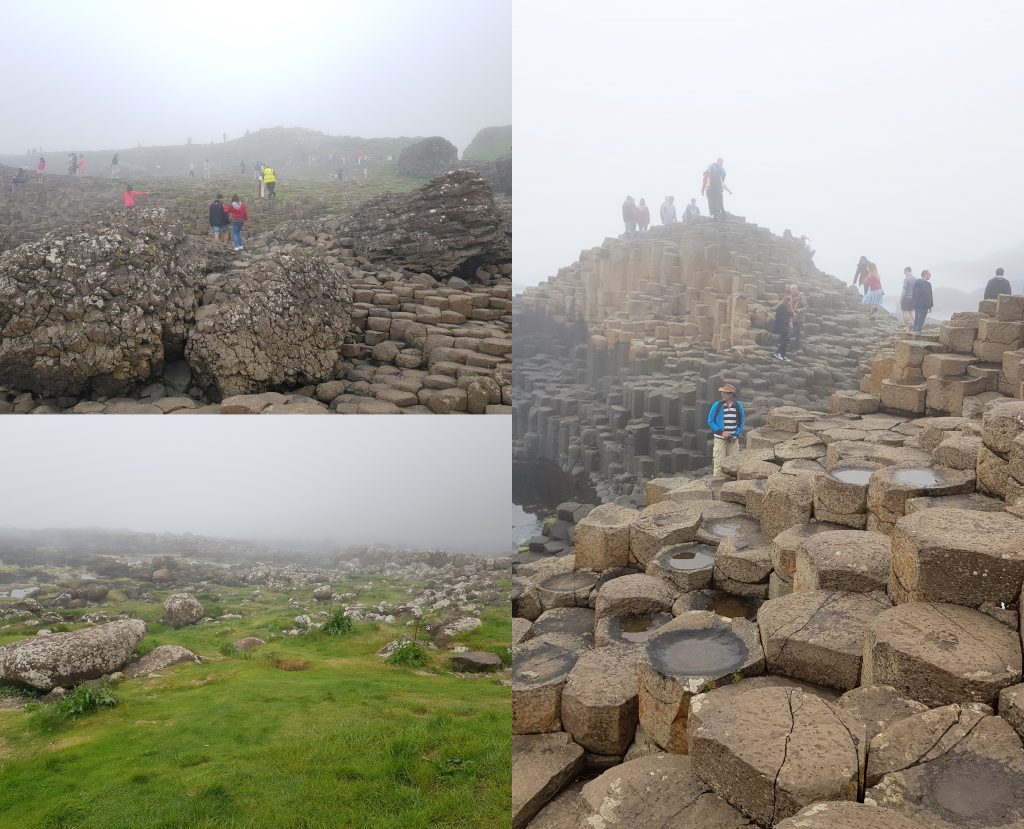 After a dinner break the Carrick-A-Rede Rope Bridge marks a fifth destination which plays a major part in many Game of Thrones characters stories. This thrilling adventure is so much fun for all of those who are brave enough to cross the bridge. The area is surrounded by breathtaking views of some of the most stunning coastal trails in Northern Ireland where tourists can keep an eye on beautiful wildlife. 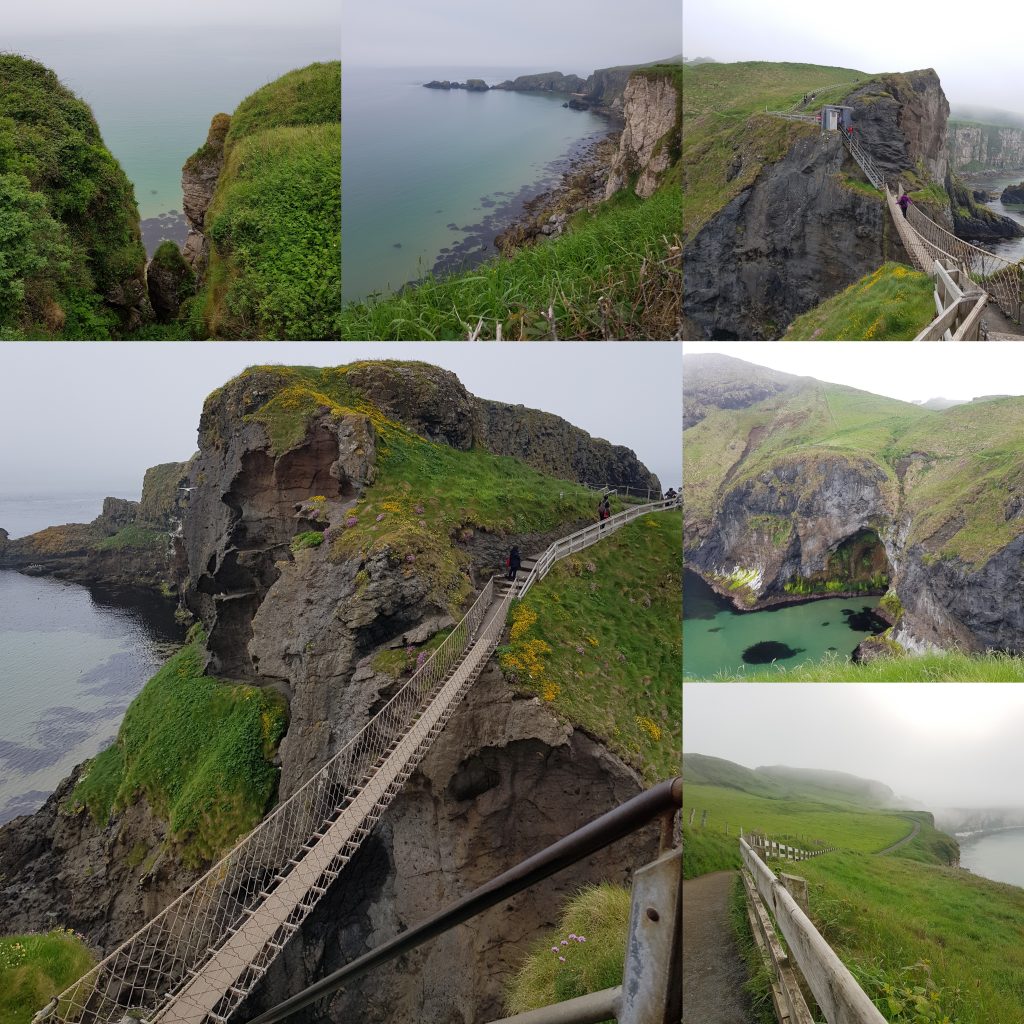 Located just a few feet away from Carrick-A-Rede, the Larrybane is a destination where a lot has happened throughout the Game of Thrones series. Some of the most favoured events include Brienne of Tarth defeating Ser Loras of Flowers, Littlefinger seeking out Catelyn Stark, and appearances of Euron, Theon and Yara. 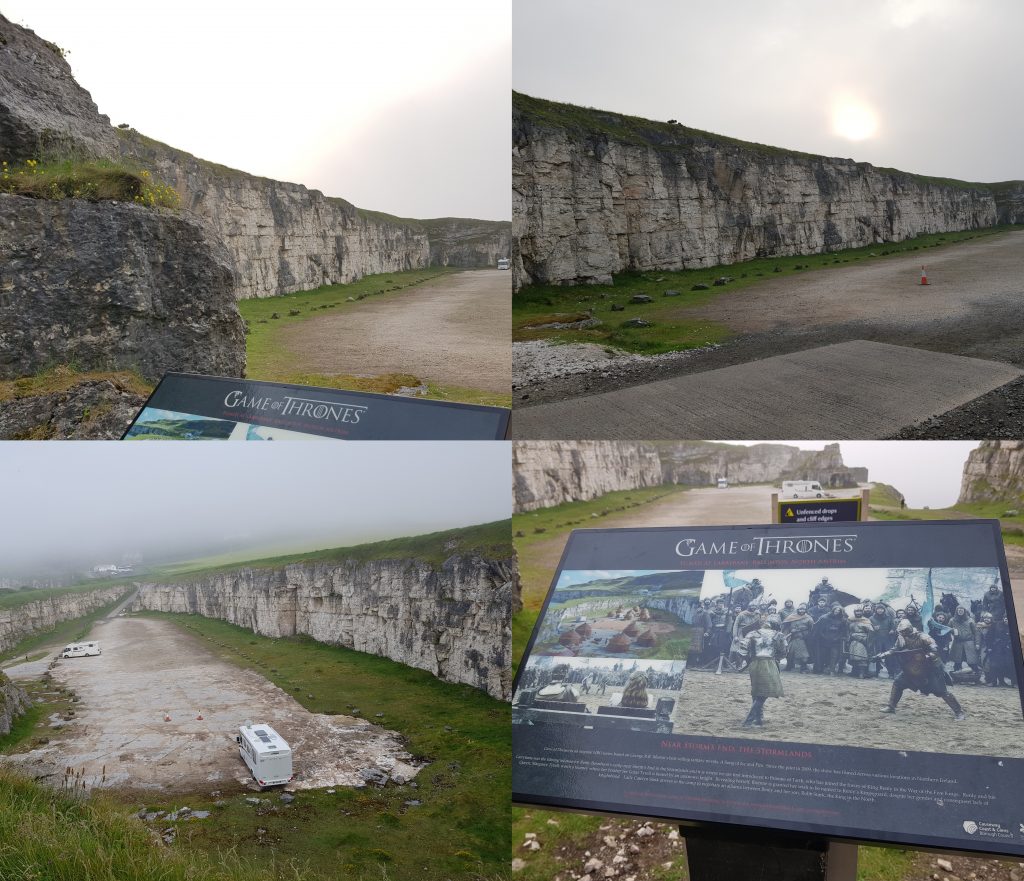 For the last stop, the trip ends at the Dunluce Castle by adding a horrific, yet captivating occurrence to this striking tour.

The Game of Thrones tour is full of backstories about the series and the cast themselves, supported by the history of Northern Ireland’s most iconic locations and histories. This fascinating tour is suitable for both Game of Thrones fans and non-fans alike, as this all-day exciting road-trip offers an adventurous and educational experience for everyone.

This Tour operates every day and is also available as a private tour. For further details please contact: info@irishtourtickets.com or simply call on 028 9031 0101.

Please Note: This tour is NOT suitable for children as the Game of Thrones show is rated certificate 18.

Explore the secrets of the Causeway Coast this summer

Under the night sky.. Kinbane Castle by @54DN