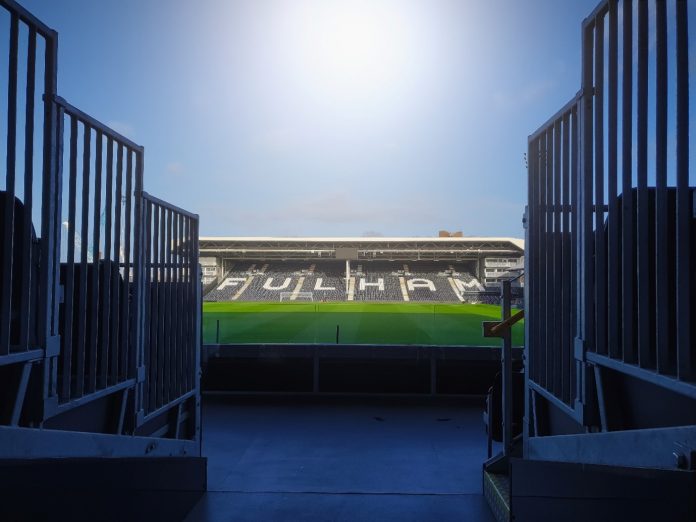 After a whirlwind of a season, Fulham have finally been crowned the winners of the Championship — returning to the Premier League at the first time of asking after being relegated from the top flight of English football at the end of last season.

It’s job done with a game to spare for Marco Silva’s men as far as this campaign is concerned, but the next task facing the Portuguese manager is ensuring that the Cottagers don’t suffer the drop for the third time in five years next season.

Fulham have become the epitome of yo-yo club, but that will be at the back of their minds for the time being as they celebrate yet another Championship title triumph.

They have looked the real deal this season, joining the 100-goal club as they streaked clear of Bournemouth at the top of the table.

The west London side being crowned champions was no real surprise to the football betting markets. But since they achieved their goal in style, let’s take a look back at some of their most impressive victories. Read on to find out more!

Where better to start than with the decisive win over Luton Town? Having already claimed automatic promotion, Fulham hit somewhat of a stumbling block on their quest for the title — drawing with Bournemouth and losing at home to Nottingham Forest.

But the champagne was only put on ice, as they thrashed the play-off chasing Hatters 7-0 at Craven Cottage. Tom Cairney broke the deadlock in the 29th minute and the floodgates opened, with Kenny Tete, Fábio Carvalho, Bobby Reid and Jean Michaël Seri all grabbing a goal each.

The prolific Aleksandar Mitrović sent another record tumbling as well, as his second-half double took his goal tally to 43 for the season — breaking the record for the most goals scored in the top four leagues in a single season.

Amazingly, that wasn’t Fulham’s only 7-0 victory this season — as they thrashed Reading, who narrowly avoided relegation to League One, by the same scoreline at the Madejski Stadium back in January.

Coincidently, it was to end another rut after Silva’s men went five Championship games without a victory — drawing with Derby County, Preston, Bournemouth and Luton before losing to Sheffield United as they lost ground on the Cherries.

Braces from Harry Wilson and Mitrović, and strikes from Tete, Neeskens Kebano and Tosin Adarabioyo helped the Cottagers get back on track though, and they went on a goal-scoring spree — beating both Bristol City and Birmingham 6-2 in their next two games.

Rolling back time to the start of the season, Fulham were held to a 1-1 draw at home by Middlesbrough on the opening weekend. However, they quickly proved why they were one of the favourites for the title in the Championship odds — beating Huddersfield Town 5-1 at the John Smith’s Stadium.

Goals from Mitrović and Josh Onomah gave Fulham a 2-0 lead before Matty Pearson cut the deficit in the 41st minute. But Liverpool-bound Carvalho restored the Cottagers’ advantage to two, scoring just one minute later.

A red card for Wilson in the 72nd minute looked like it could allow the Terriers back into the game, but Ivan Cavaleiro netted Fulham’s fourth with 15 minutes to spareand the Portuguese winger grabbed his second goal of the game to make it 5-1 well into injury time.

Building Your Dream Home From Scratch In England: What It May Entail