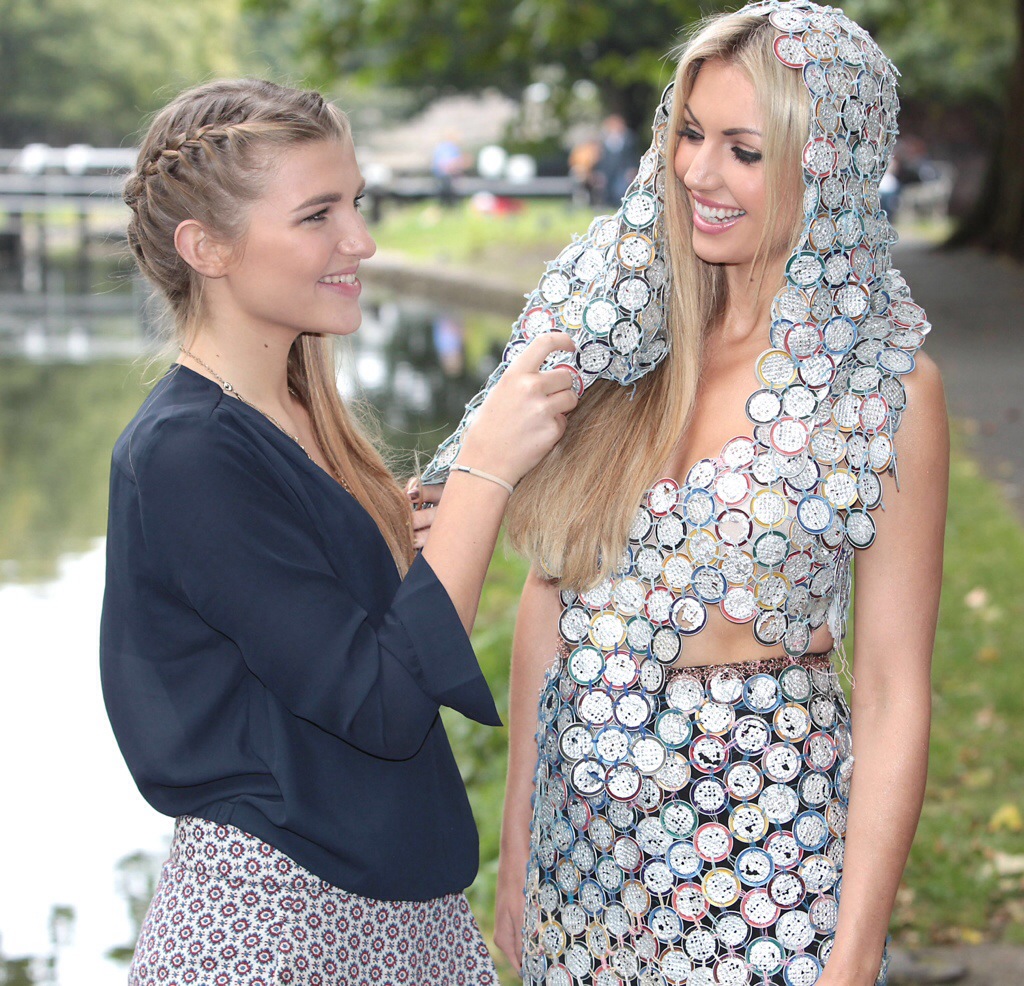 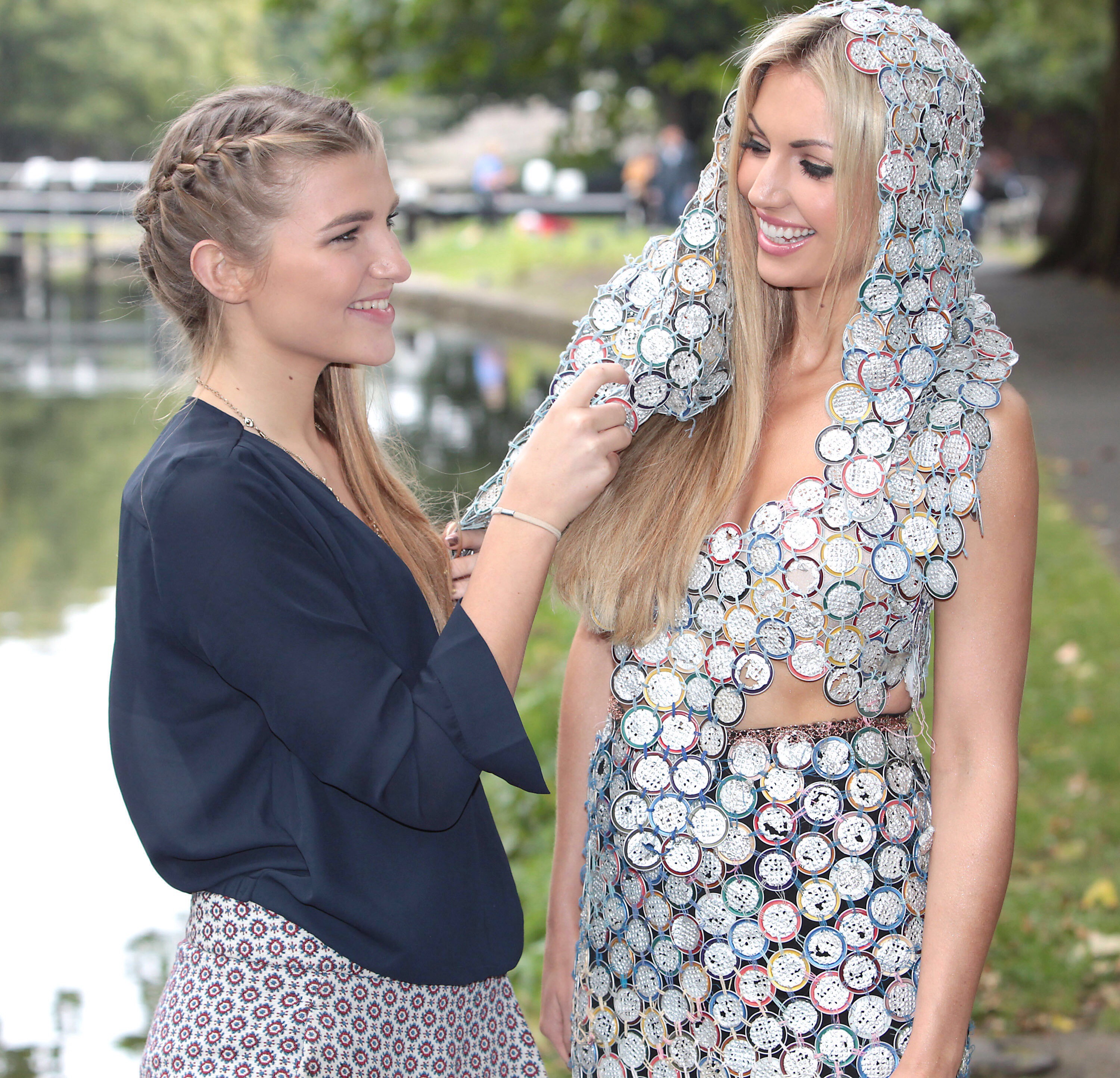 ‘Trashionistas’ from schools across Ireland gathered to launch the call out for entrants for the 2014 Junk Kouture Recycling Fashion Competition. The all-island secondary level school competition, proudly supported by Bank of Ireland and European Recycling Platform (ERP), was launched with the help of top model Rosanna Davison, who was joined by a selection of finalists from the 2013 competition.

The free competition, now in its fourth year, has gained the reputation as the leading fashion and art competition for secondary school students across Ireland. Their challenge is to create an outfit of any shape or form, with the stipulation that it is made from recycled materials. Entrants must get their hands on industrial, electrical, commercial and domestic waste products and transform them into pieces of fashion art.

At the launch, students showcased the entries which got them to the 2013 grand final catwalk in May while swapping modelling tips and stories with former Miss World Rosanna, who described the students’ work as ‘inspiring and creative’. And a photocall with a former Miss World is among wonderful opportunities some of the new 2014 students could get after entering, as the competition is also set to send two students to the International Film Festival in Cannes next May and another three to the Royal Film Premiere in London.

Scott Butler, Managing Director ERP UK added: “Junk Kouture communicates the sustainability and recycling message in a fresh and creative way. ERP is therefore delighted to be supporting the competition again. We would like to wish all the entrants the very best of luck.”

Bank of Ireland Marketing & Development Segment Manager for Northern Ireland Treasa Anderson commented “We are always looking at ways of supporting secondary level initiatives. For the second year running, we are delighted to be supporting Junk Kouture in such a creative competition that gives us an opportunity to invest in the students’ amazing talent and their promising future in the fashion world”.

Elizabeth Curran, co-founder of Junk Kouture said: “When I started this competition I had no idea that four years later we would have taken students and their fantastic creations to Cannes and to the Royal Film Premiere in London as well as shooting with top models and showcasing our work on many catwalks and red carpets across Ireland. I am still wowed and overwhelmed at the creativity of some students’ work. Many really do seem to put their all into it and they learn a lot about recycling in the process.

“If the last four years of Junk Kouture has taught us anything, it is that there is so much hidden talent in secondary schools across Ireland. Last year we had over 1000 entries and this year we’re hoping to break that record. What everybody out there needs to remember is that this competition is open to absolutely every secondary level student right across the island of Ireland. And we welcome every outfit idea, big or small, – from the elegant to the completely outrageous!”

‘Nespresso Yourself’ – a dress made entirely from coffee capsules and wire – and ‘Knotical’ – an elegant dress woven with old rope – were among some of the magnificent outfits at the launch that international model Rosanna wore. Closer to home, Tyrone student Izabel Sladecekova wore her ‘Shadow of a Catwalk Dancer’ dress which she remodelled from cardboard, electrical wires and paper. Model Rosanna said: “Each of these outfits demonstrates not only the incredible talent in secondary schools across Ireland but what can be done with some pre-used products and a little imagination.” 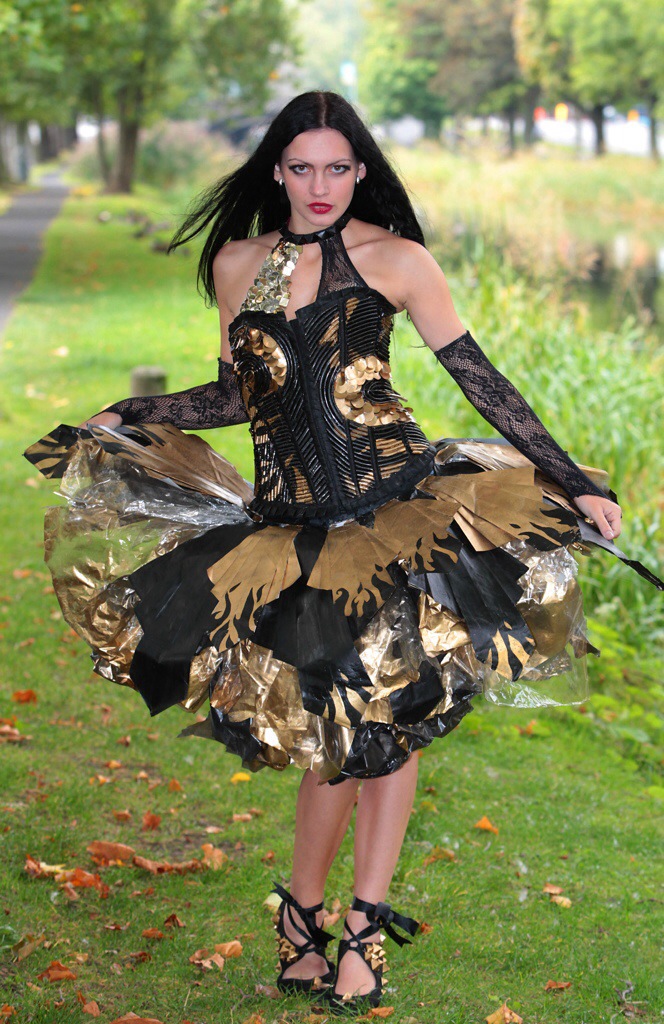 The Gathering Festival Hailed A Success For Sailortown Belfast