Everything About History and Evolution of Slot Machines 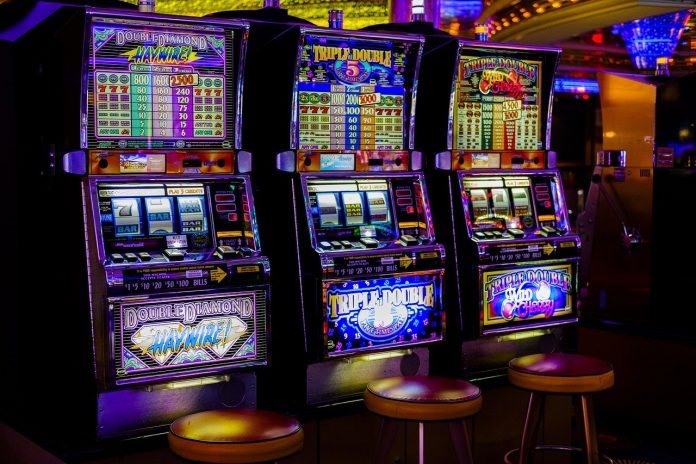 Slot machines are one of the most popular gambling games out there. They are simple enough to use and there’s a chance for decent winnings as you keep playing. Slot machines are available in almost every casino or gambling establishment across the world.

Slots have been around for a long time and in a way, you can learn about the history of gambling as you learn about the machines and how they evolved over time. Here, we will try to explain a bit of that history.

The history of slot machines starts in the late 19th century. The first machines were produced in 1891 by a company based in New York. The game consisted of 5 drums and 50 playing cards. It cost a nickel to use the machine and it was first ordered by bars across the city.

A payout was made when the royal flush was lined up across the drums. Two cards were removed from the 52 card deck, in order to increase the odds in the favor of the house. There was no mechanism to make a payment and those who won got paid at the bar.

It’s often said that Charles Augustus Fey is the inventor of slot machines. There’s some truth to that, even though a form of the machine has existed before. The difference between the Fey machine and those who came before it is in the fact that Fey’s machine gives automatic payouts.

It has 3 rows instead of the 5 that it had before. It featured five symbols on the reel: hearts, diamonds, spades, horseshoes, and a liberty bell. The payout was rewarded when you got the same symbol on all 3 reels.

In 1902 the machines were banned and the symbols that were once used were replaced with fruits. The payouts weren’t made in money but in fruit-flavored candy. These machines usually find their place in shops, salons, and bowling alleys.

The time when slot machines were forbidden is long behind us but these symbols are sometimes still used on modern machines. That and their shape is the only thing that connects the two. The old machines used to be completely mechanical while the ones we use today have no moving parts and are computer-operated.

Electrical slot machines were introduced in 1964. The game was still operated by a lever to give it an authentic look and feel but there were no moving and mechanical parts in it. It made an automatic payment of about 500 coins which were exchanged for cash in the casinos and other gambling establishments.

The game was rather popular and that’s how a new wave of interest in slot machines came about in the 1970s due to its innovative nature. Soon after new slot machines came out and they didn’t have a lever but a button. That way the only connection with the original mechanical machines was cut.

Video slots were introduced in 1976. They were made by the Las Vegas-based company and this presented the next major revolution in the way slots are played. It used a modified Sony TV as its display and it was first available in Hilton Hotels, in Las Vegas alone.

Soon after Nevada Gambling Commission approved the new and improved version of the game and once it was made cheat-proof it became available in almost every hotel in Vegas. The game become hugely popular once again and the company that produced it, Fortune Coin, was purchased by IGT.

The next big change in the world of slot machines came in 1996. That’s when WMS Industries, INC, created “Reel ‘Em”. It was the first machine to feature a second screen bonus round. When the round is triggered, a completely new screen appears in front of the player and that’s where the bonus rounds are being played.

This is when casinos started taking an interest in slots once again and this new version was installed in almost every casino across the world. At that point, 70 percent of all casino income came from slot machines.

It’s safe to say that another chapter in the history of slot machines came to be when the game moved online. The game mechanics are the same as they were before, but how the drums operate is now completely different. There’s a random numbers generator involved meaning that there are no patterns determining the outcome.

Online slots are especially popular with younger players that are used to gambling on their computers or phones. This is becoming an increasingly large demographic and that means that online slots are already one of the biggest parts of the market.

The future of slots is definitely online and with the international gambling community. That’s the case with most other gambling games as well. It’s also mobile since that is how most of the gambling is going to be done soon. At the same time, the payment methods of the future are going to change too. More casinos are accepting cryptocurrencies as a payment method.

Many believe that the casinos will also use modern technology to make sure that their online gambling establishments are mimicking the look and feel of an actual casino. This will become more of a trend with slot games as well and the tech will make it possible.

How popular is Apple pay Casino in the UK?

Where are the Best Casino Slots in Belfast?

Drake Wagered $1 Billion in an Online Casino During a Month

Home » Home » Everything About History and Evolution of Slot Machines