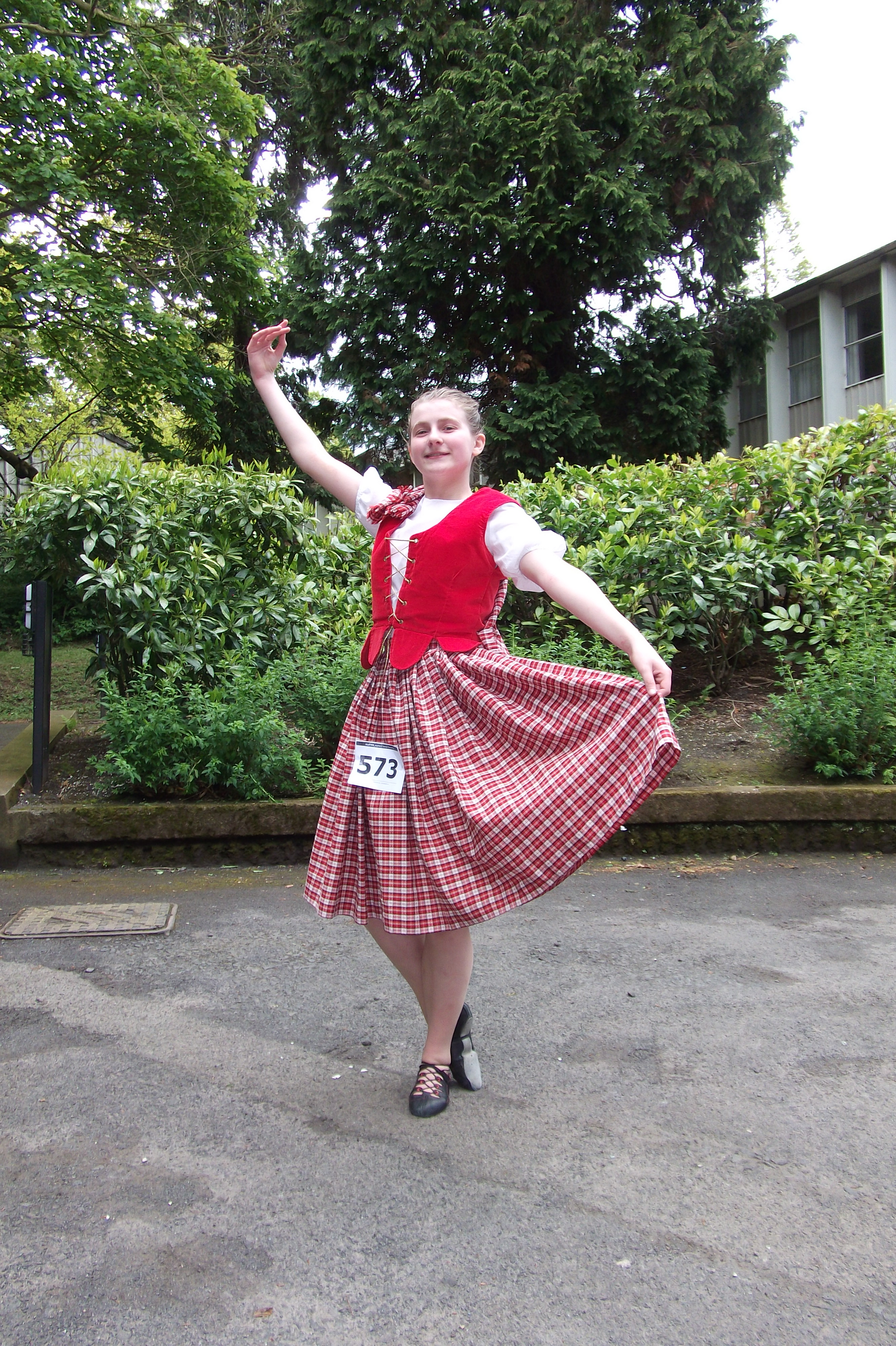 AS Alice Greeves prepares to embark on the next chapter of her life, she hopes for a place at the University of Ulster.

The 18-year-old from Belfast has aspirations of a future in physiotherapy.

While she waits for her dream to come true she is pursuing a love of dancing. Alice, who is a dancer in her spare time with the Bright Lights Ulster Scots dance group, will star as one of the performers in the Belfast City of Rhythms Show running for 24 nights from Friday August 1 over six weeks at the Europa Hotel in the city.

Since a young age Alice was attracted to the medium of dance. At around nine years old she was bitten by the bug after a Highland dancers Bright Lights did a performance at her school.

From there sparked a passion and a love for Ulster Scots dancing.

Now, Alice is one of the dancers from the Bright Lights group who have joined the cast at the Belfast City of Rhythms Show at the Europa Hotel in Belfast.

“I began to get involved in workshops with Bright Lights and I enjoyed the dancing and attended more classes at Downshire Hall” she said.

“Eventually I became the dancer, competitor and performer I am today. I still attend classes with my Scottish teacher when time permits.

“I enjoy performing for people’s enjoyment of Highland dancing. Performing out allows others to learn about it and introduce Highland dancing to a wider range of people. I enjoy the exercise, comradeship and it keeps me fit.

“When I come off stage mostly I feel exhausted but I enjoy when an audience appreciates the performance. It is very rewarding.

“In the Belfast City of Rhythms Show I will be there every night with Bright Lights and we will be dancing in a number of routines which demonstrates dance belonging to the Ulster Scots culture from where many of our ancestors came from.

“I’m looking forward to being with the other participants in the event. I have already met most of them and we have had a good laugh together. I will also enjoy performing as it is so rewarding when the audience appreciates it.”

Described by its producers as an “all singing, all dancing show delivering the Heart & Soul of Northern Ireland” the show is a seven-cast production of modern and traditional story-telling, music and dance.

With some of the country’s leading musicians and performers including U105’s Johnny Hero, singers Joe Mac and Colette Curry as well as Crawford Bell Belfast City of Rhythms is aimed at both residents of Northern Ireland as well as tourists.

Shows run every Friday, Saturday, Sunday and Monday until September 8 with guests including a selection of Northern Ireland acoustic artists as well as various Irish and Ulster Scots dancers from all over Northern Ireland.

Tickets for the show are £18 and available from www.ticketmaster.co.uk, www.wegottickets.com, 028 9026 6013,marketing@eur.hastingshotels.com or at the Europa Hotel Reception Desk. 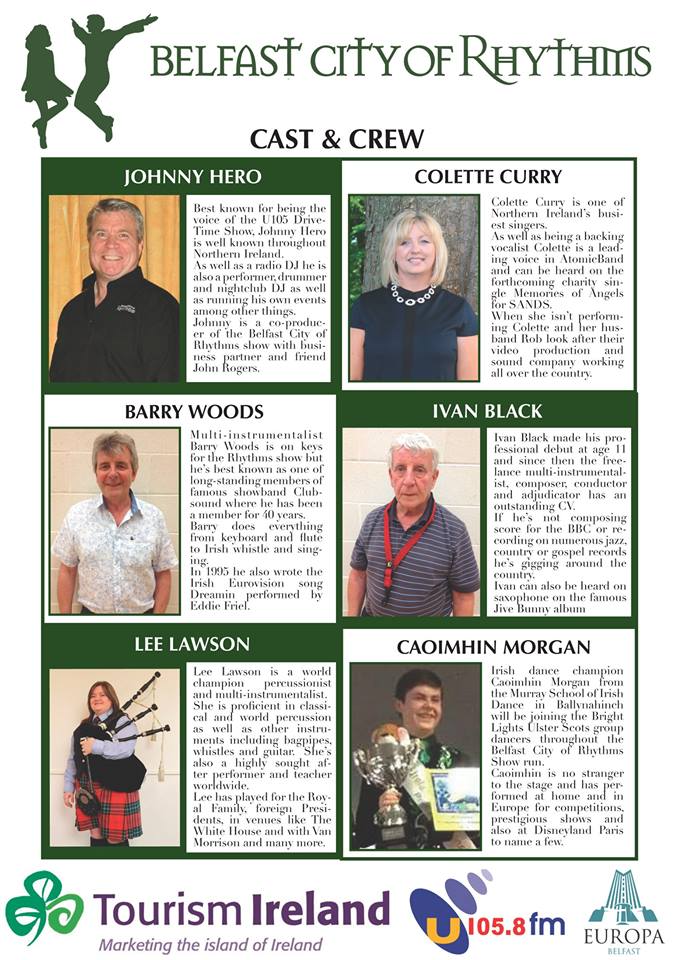 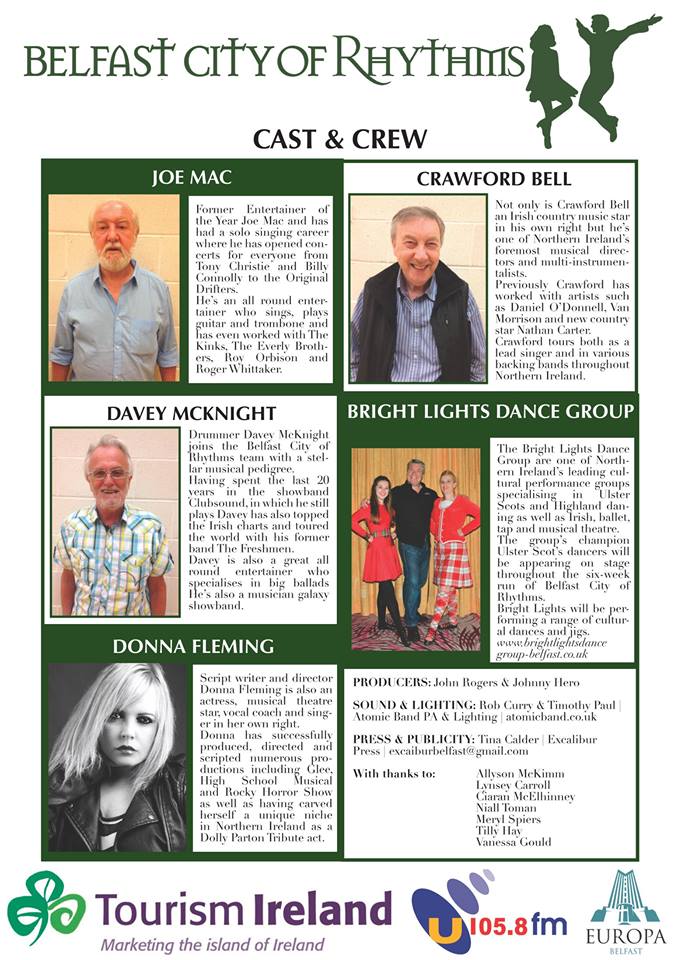 BANK OF IRELAND TAP THEIR WAY TO A WORLD RECORD