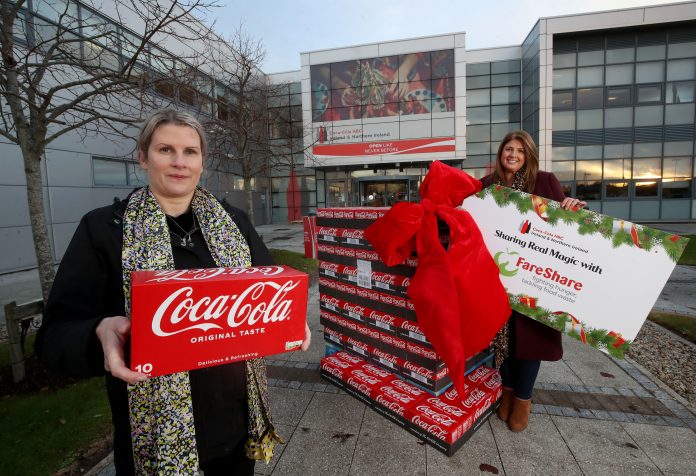 With an uncertain Christmas ahead, Coca-Cola understands the importance of human connection and supporting those in need and for that reason their Christmas campaign is focused on spreading Real Magic this festive season. Throughout the pandemic, Coca-Cola significantly increased community support through partnerships with FoodCloud in the Republic of Ireland and Fareshare in Northern Ireland and more recently have teamed up with Tesco Ireland to donate meals to communities in need this Christmas.

FoodCloud is a not-for-profit social enterprise working to tackle the twin issues of food waste and food security. These issues are addressed by redistributing surplus food from the food industry to a network of over 750 community groups across the Republic of Ireland. To date, FoodCloud has helped to ensure 143 million meals are not wasted and have gone to people in need. In addition to a donation of €25,000 to FoodCloud to support the redistribution of 75,000 meals, Coca-Cola is spreading Real Magic in partnership with Tesco Ireland and FoodCloud where consumers can ‘Win a Meal, Give a Meal’. 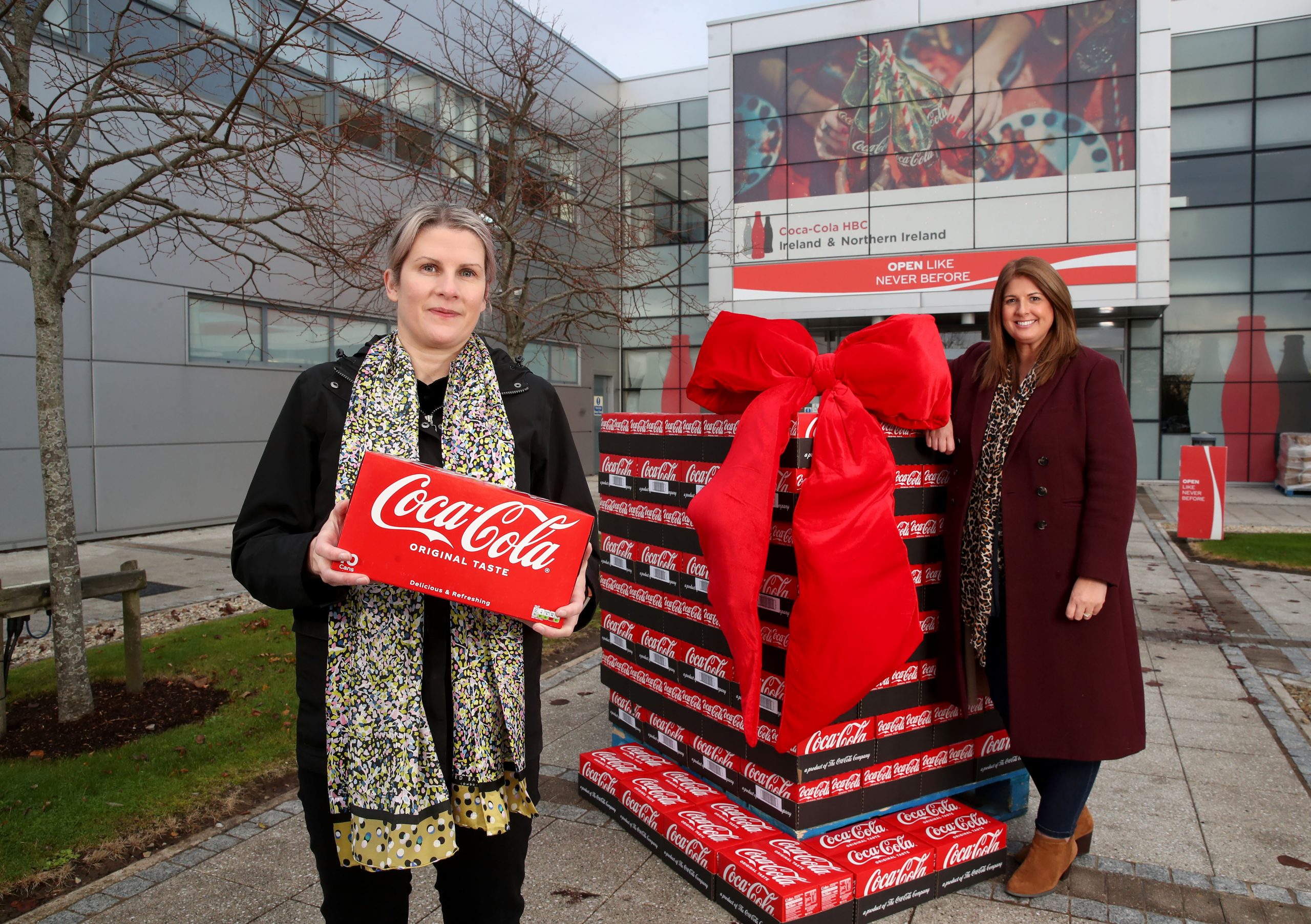 Shoppers, when in store over the Christmas period, will be in with a chance to win a meal out and for every entry received, Coca-Cola will donate a meal to those in need. This is in addition to the 400,000 soft drinks they have donated across the year. In Ireland today *1 in 14 people still experience food poverty, and *1.27 million tonnes of food are thrown away by Irish consumers and businesses every year.

Fareshare is directly tackling food poverty in Northern Ireland by collecting surplus food from industry and redistributing it to charities that provide meals to vulnerable and disadvantaged groups, including low-income families, senior citizens, people with disabilities, victims of domestic violence, at risk young people and homeless people. The Northern Ireland warehouse has been operating successfully for over six years and last year provided 87 charitable projects located in Belfast, Derry, Antrim, Ballymena, Armagh and Cookstown with enough food for over half a million meals. To support those in need this Christmas in Northern Ireland, Coca-Cola is donating £5,000 to Fareshare which will fund up to 75,000 meals for those in need, this is in addition to the 100,000 soft drinks Coca-Cola have supplied to Fareshare through the past year.

Tom Burke, Corporate Affairs and Sustainability Director, Coca-Cola HBC Ireland and Northern Ireland said: “Coca-Cola has always been part of what makes Christmas magical and this year they’re continuing to spread that Real Magic, especially to those in need. We’re delighted to be in a position to donate over €30,000 to communities in need across the island of Ireland this festive season and make a difference together.”

Suzanne Delaney, Development Director of FoodCloud said: “As Covid-19 continues to take its toll, the demand for support for food within communities all over Ireland, also continues to grow. FoodCloud is delighted to be working with Coca-Cola this Christmas to highlight the importance of human connection and to support those in need.

Méabh Austin, FareShare NI Development Manager said: “Now more than ever we need to ensure that those in need aren’t forgotten this Christmas, and Coca-Cola are playing a vital role in tackling food poverty in Northern Ireland with this partnership. We’re so very grateful that Coca-Cola is supporting such an important cause this Christmas and helping those in need.

Rosemary Garth, Tesco Ireland Communications Director said: “At Tesco we believe that it’s simply not right that perfectly edible surplus food should go to waste when there are people in our communities who need it. We’re so proud to be able to work with FoodCloud and thrilled that Coca-Cola are also supporting those in need this Christmas through our ‘Win a Meal, Give a Meal’ programme in Tesco stores across Ireland, donating a phenomenal 45,000 meals to those in need.”

Building Your Dream Home From Scratch In England: What It May Entail