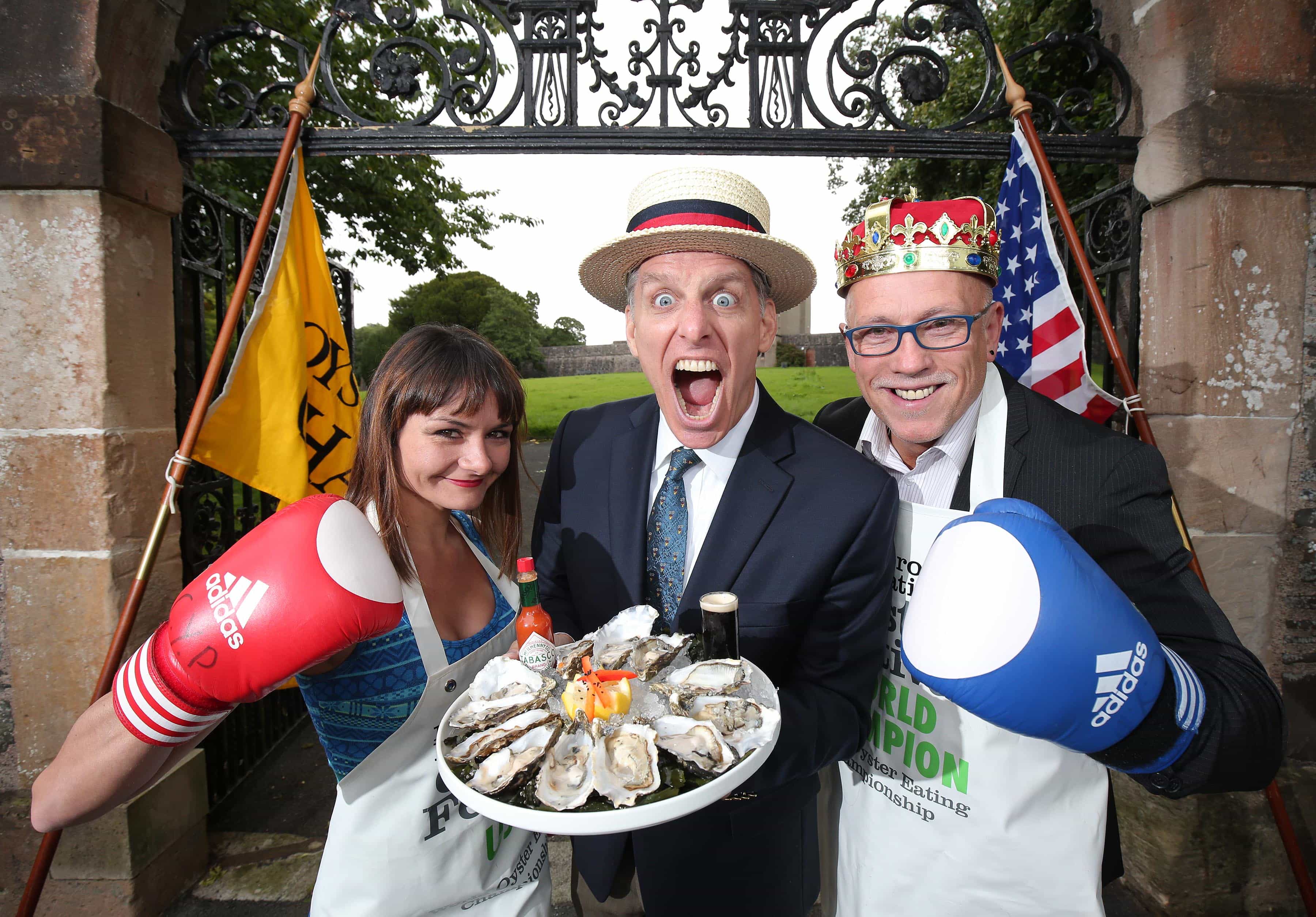 She might be small, she might be pint-sized but Michelle Lesco is preparing to give local man Colin Shirlow, the reigning World Oyster Eating Champion, a run for his money.

The 31 year-old teacher from Arizona hopes to finally wrestle Colin’s title from him this week as they square-up in competition at the Hillsborough International Oyster Festival on Saturday 5th September.

Colin Shirlow has famously defended the Guinness World Record he set in 2005 by eating 233 oysters in three minutes. He even managed to equal the record again in 2013. Many have tried but no one has ever come close to beating Colin, never mind his record, for the last 10 years, with professional eaters coming from all over the world to compete against the eating legend.  Having studied Colin’s technique on YouTube, many competitive eaters now incorporate his method for speed-eating oysters into their own competition strategies. 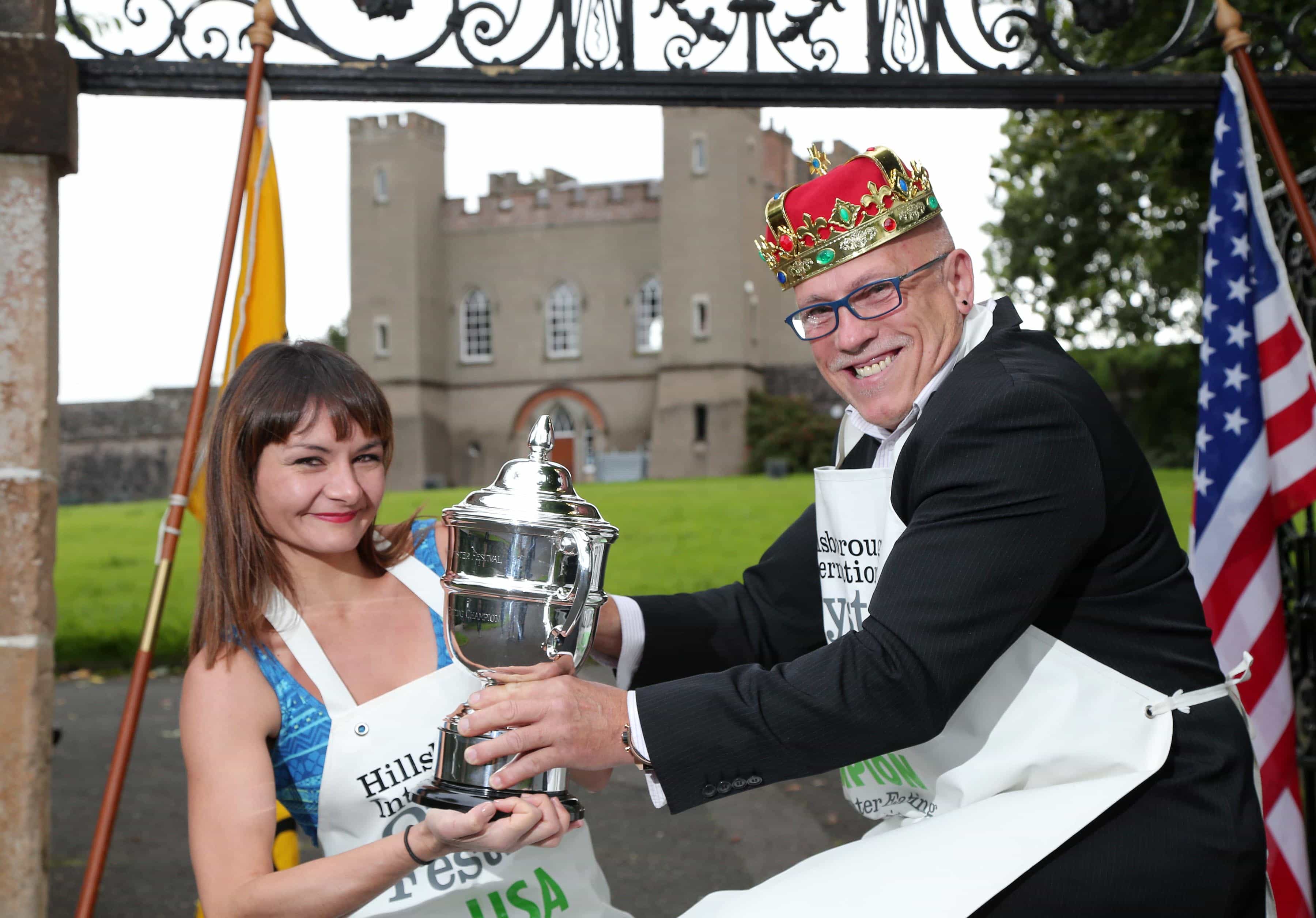 Michelle hopes to be a real contender this year and like many others has been studying Colin’s technique. “He’s so mechanical, it’s like watching a robot,” she said of her anticipated competition. “I don’t know how those three minutes are going to go at Hillsborough but I’m practising,” she said.

At 5’ 4” tall and weighing in at just over eight stone, a person with Michelle’s stature isn’t the first to come to mind when imagining Colin’s most formidable opponent, but she has certainly earned her chops, currently ranking eighth in the Major League of Eaters in the US. Most notably, Michelle has won a hot-dog competition in Illinois by eating 26 hot dogs in 10 minutes, beating her nearest rival who was four times her size.

Oysters shouldn’t be a problem for Colin’s newest challenger who earlier this year won an oyster eating competition in New Orleans by putting away 432 oysters in just six minutes. She certainly isn’t getting too confident, acknowledging that it’s all about technique. “My last oyster eating challenge was in six minutes so you had time to find your rhythm”, explained Michelle. “In a three minute competition you have to find it immediately, staying focused and not panicking. Each type of food needs its own strategy. With oysters it’s mostly about hand dexterity and co-ordination – that’s what Colin is really good at.”

Colin and Michelle will go head to head at the World Oyster Eating Championship on Saturday, 5th September. The competition kicks off at 3pm on stage in The Fort, Hillsborough and for the first time will be compered by George Shea, from New York who is responsible for putting Nathans Hot Dog eating contest on the map in USA and is the founder of Major League Eating and the International Federation of Competitive Eating.

The World Oyster Eating Championship is just one highlight of the Hillsborough Oyster Festival, currently celebrating its 23rd year. The Festival takes place from Tuesday 1st to Sunday 6th September, and features a timetable packed full of entertainment and opportunities to enjoy locally produced foods.

As well as Festival favourites such as the oyster eating competition and Blues Brothers Ball, there will be lots of fun for all the family and racing legend Guy Martin will be on hand to judge the TrustFord soapbox derby.

New to the Festival this year is the Gourmet Pop-Up Restaurant which features four of the finest local chefs demonstrating their most mouth-watering creations for diners, with each course being paired with the perfect accompanying wine.

For further information or to purchase tickets visit www.hillsboroughoysterfestival.com 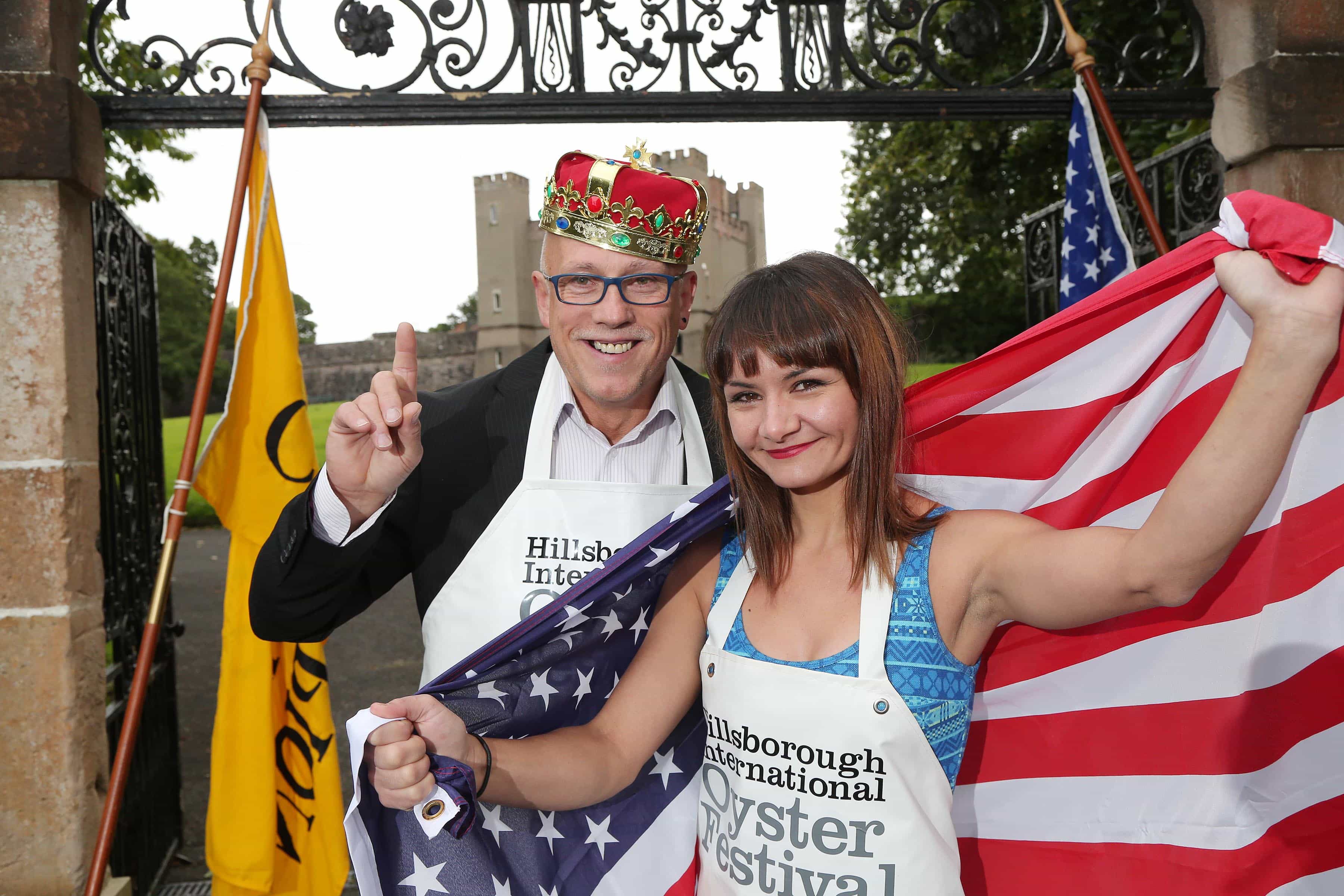 Tips to win at online casinos